Thuja occidentalis 'Enlightened' is a recently-introduced, extremely landscape-worthy selection of American (eastern) arborvitae. Although not very impressive as a very young plant, after five years in the garden it will begin to show it's true beauty. Foliage color is not yellow or gold as are many other arbs, but is a light, mint-green, variegated with lighter platinum-cream which shows best when given several hours of sun each day. It's color value is similar to Pinus densiflora ‘Oculus Draconis.’ In winter, Enlightened's color is cream and caramel with olive-green undertones where it is untouched by sun. This beautiful arb did not burn even in the midwest U.S.'s severe hot, droughty summer of 2012 with over 45 days of temperatures over 90°F (32ºC) and most near 100 (38°C). Typical rate of growth in most areas is 8 to 12 inches (20 - 30 cm) a year resulting in a flashy broadly conical tree 12 feet (4 m) tall by 8 feet (2.5 m) wide after 10 years in the landscape.

Dr. Clark West (1918 - 2014), hybridizer and seed collector from Cincinnati, Ohio is credited with the origin and introduction of this cultivar. The plant was grown from a batch of seeds he collected from Thuja occidentalis 'Marissen's Sulphur' while on an ACS trip to England in 1995. As the seedlings grew, he made this and other selections, then distributed the young plants to collectors and botanical institutions for further evaluation. Terri Park of Carmel, Indiana was a lucky recipient of one of the original propagations. She named it, and officially registered the cultivar with the Royal Horticultural Society in 2012. At the time of writing this record in 2014, fewer than 20 individual specimens of this plant are known to exist in the world, making it, for now, virtually unknown in the nursery trade. An informative account of the Doc West's life and career can be read here. 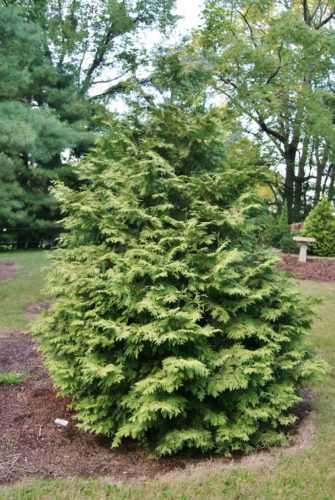 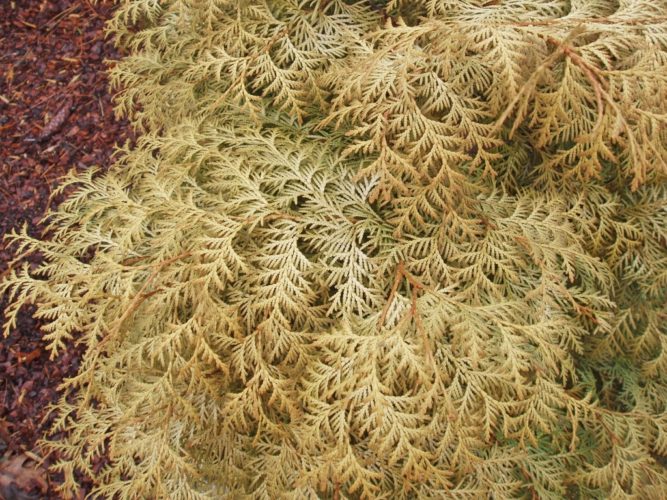 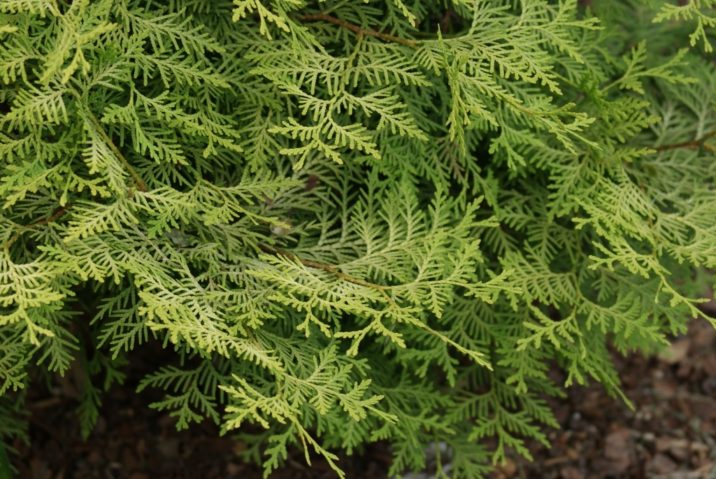 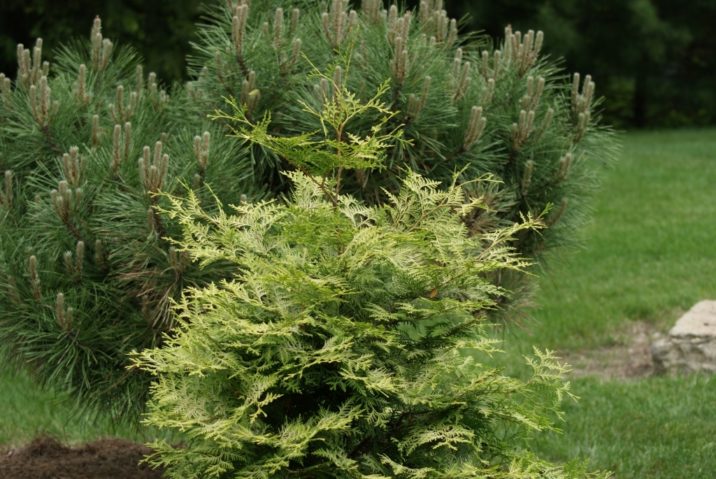 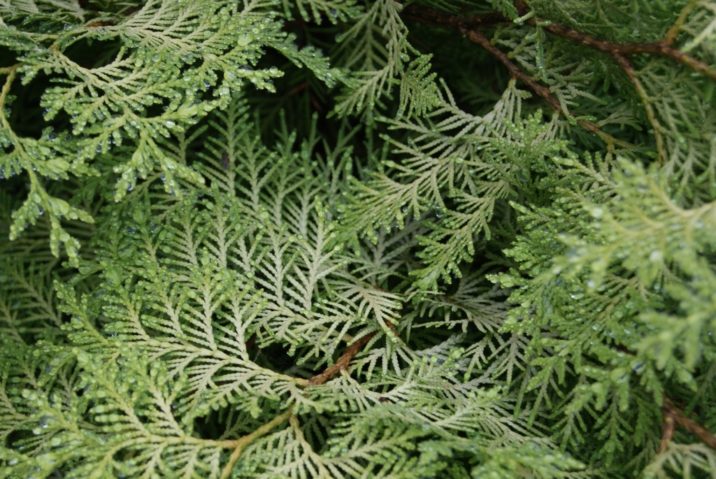 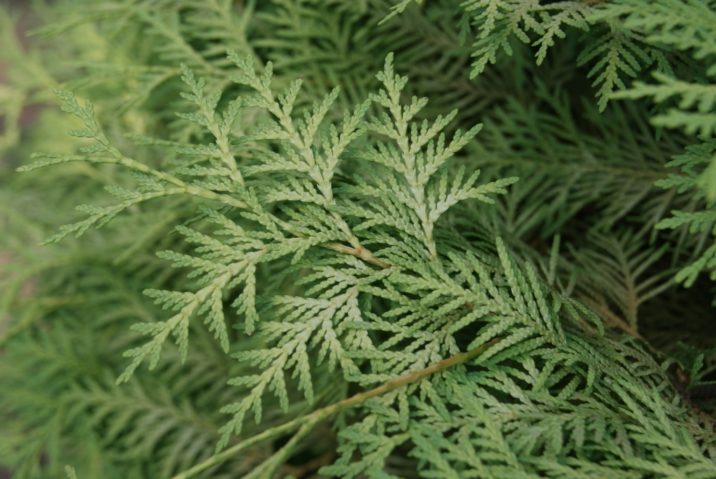 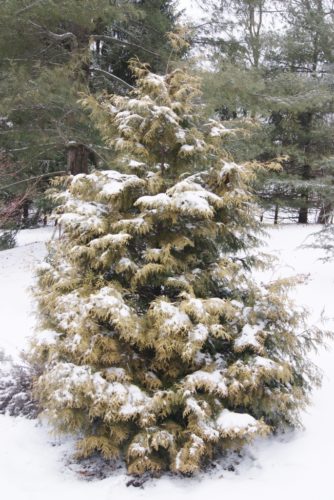 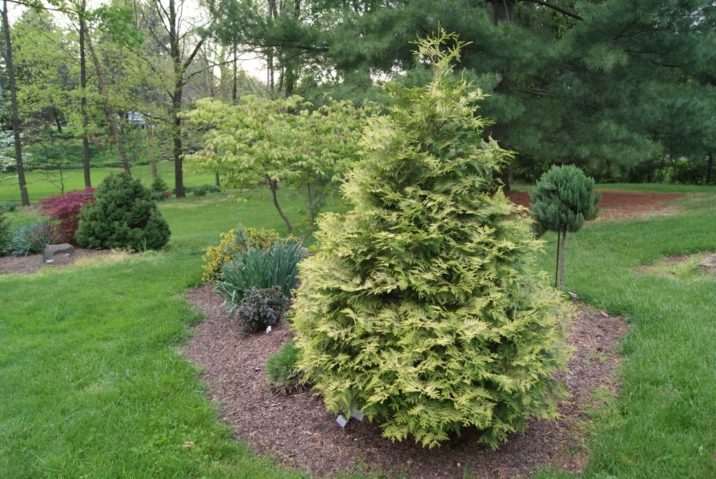