Taxodium mucronatum, as described in 1853 by Michele Tenore (1780 – 1861), in Annales des Sciences Naturelles; Botanique, sér. 3, 19th edition, is commonly known as Ahuehuete, ciprés, pénjamu, and sabino in the Spanish language. In English, common names include, Montezuma or Mexican cypress. In 2005 Alicia Elena Martínez Bautista wrote in El Ahuehuete many of the names known to Mexico's indigenous people. They include Ahuehuete is a Nahuatl phrase that means "old man of the water," a fit name for a tree that is always associated with swamps, streams or springs. The tree is sometimes also called Ciprés de los Panatanos (Cypress of the Marshes).

While the ACS, in cooperation with the Royal Horticultural Society, maintains T. mucronatum split as a free-standing species, many authorities prefer the 3 species of Taxodium lumped into T. distichum with the 2 remaining species relegated to varietal status. In the case of Montezuma cypress, the most commonly seen lumped synonyms are Taxodium distichum (L.) Rich. var. mucronatum (Ten.) A. Henry 1906 and Taxodium distichum (L.) Rich. var. mexicanum (Carr.) Gordon 1858.

Description. Montezuma cypress is a fully- to semi-deciduous, coniferous species of tree with characteristics that are virtually identical to bald cypress (Taxodium distichum) with the following exceptions:

Its preferred habitat is in three often disjunct ecological settings: riparian areas, marshes, and springs. By far the most common of these is riparian areas, where the species can be found growing throughout its native range. It is often a major component of such riparian forests, occasionally forming pure stands, or growing with Platanus, Populus, Salix, Ficus, Inga, or various other taxa through its extensive range. The species commonly grows in canyons in arid regions where surface water does not flow through the year, but where its root system can secure perennial water. 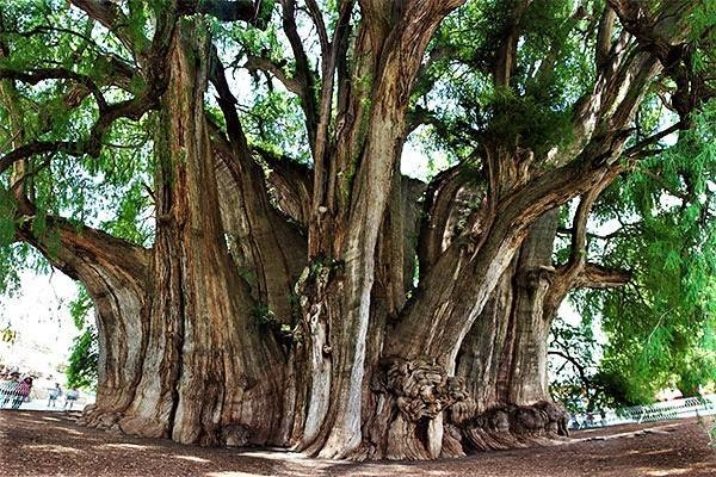 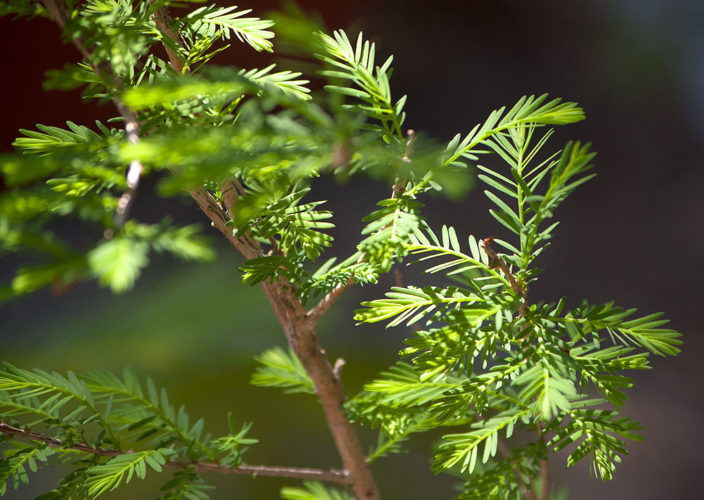 The Arbol del Tule in Oaxaca City, Mexico is one of the most photographed and beloved of all conifers. This 2000-year old specimen of Taxodium mucronatum is believed to have the broadest trunk circumference of any known tree. Measurements are up to 138 feet (42 m) in circumference.
Photo by André Jansen
Taxodium mucronatum foliage on container plant

Contribute your photos to Taxodium mucronatum

The info on this site regarding the Montezuma Cypress is not consistent with several other reputable sites. Others describe this tree as cold tolerant to zone 6, and evergreen in southern portions of that range (zones 6 to 9).

I have one in a pot getting ready to plant in the ground. It is about 4 ft tall and I got it as a seedling. Living here in Arizona where Summer temperatures are hot it does well. In Winter when the night temperatures drop, low 30's to mid 40, the leaves turn a reddish brown and some fall. As soon as the temperatures get above 60 it greens up.