Tsuga canadensis, first described in 1855 by (Linnaeus) Elie-Abel Carrière (1818–1896), is commonly known as eastern or Canadian hemlock; as well as pruche du Canada in the French-Canadian language. It is the state tree of Pennsylvania.

Description. Canadian hemlock is an evergreen coniferous species of tree which grows well in shade and is very long lived, with the oldest recorded specimen, found in Tionesta, Pennsylvania, being at least 554 years old. Trees generally reaches heights of about 100 feet (31 m) tall, with exceptional specimens recorded up to 173 feet (53 m). The diameter of the trunk at breast height is often 5 feet (1.5 m) wide, but again, outstanding trees have been recorded up to 6 feet (1.75 m).

Distribution. This species is native to Canada — all provinces east from Ontario, except Newfoundland; USA — all states east from Minnesota, Wisconsin, Indiana, Kentucky, Tennessee and Alabama except Florida; where it can be found growing at elevations of 2,000 to 6,000 feet (600 - 1,800 m) above sea level. Its typical habitat is moist rocky ridges, ravines, and hillsides.

The invasion of the Asian hemlock woolly adelgid (HWA), which has devastated large parts of the Blue Ridge Mountains and is moving steadily upwards along the Appalachians such that it can now be found in spots along the Maine coast, is having serious impact of the forest ecology of the northeast. With the hemlock's die off there are no low growing evergreens to provide year round forage and shelter for animal life. In warmer weather, hemlock shades streams moderating the water temperature for amphibians and game fish. A predator insect that feeds on HWA has been found in Japan but propagating it in the US has been difficult and expensive.

Dwarf Tsuga canadensis in the home landscape is easily treatable for HWA with a variety of pesticides and horticultural oil but this remedy is not practical in the forest. Many northeastern states prohibit the importation of hemlock to its nurseries; only native grown cultivars, which require annual inspection, are allowed for sale in these states effectively cutting off the supply of interesting varieties for collectors. 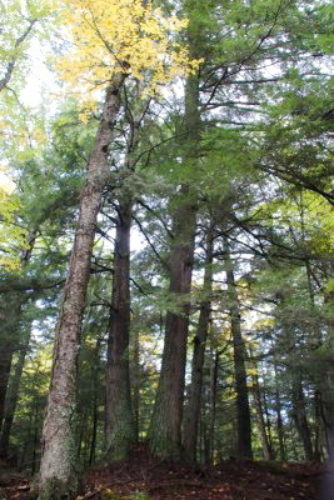 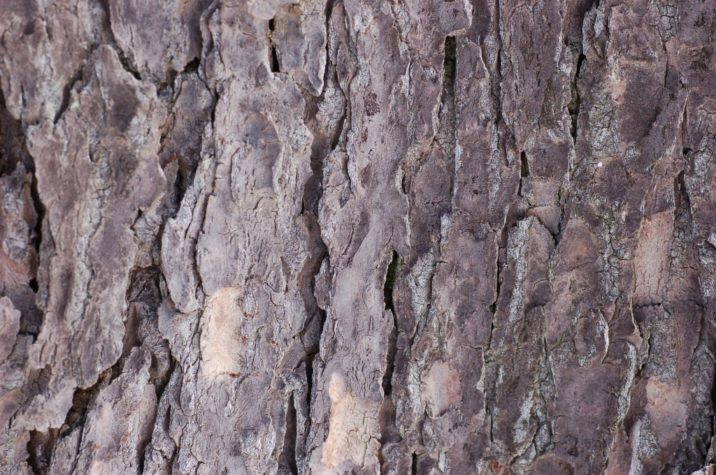 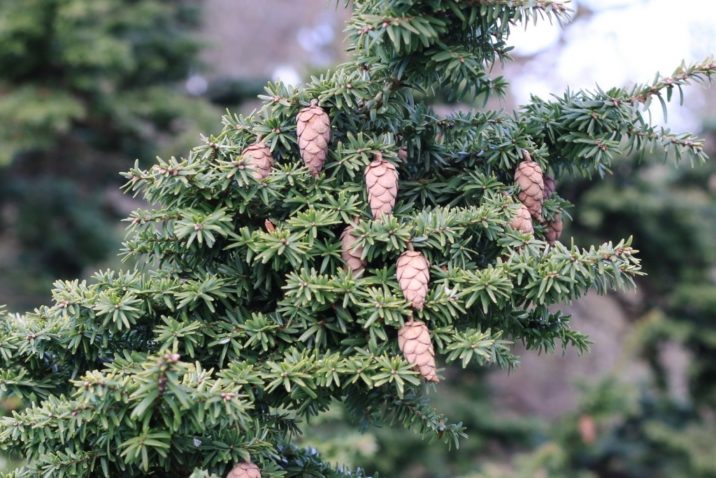 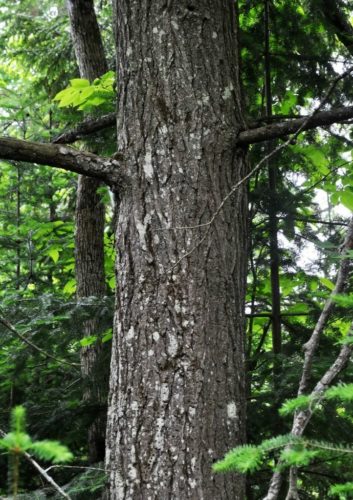 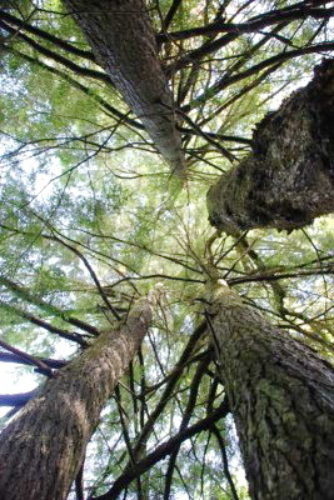 Contribute your photos to Tsuga canadensis

Hi there!
I am interested in purchasing eastern hemlock as shade trees for my yard. Do you think that if the tree is treated for fungus and pests like aphids it can be grown in the yard? Is there any way to protect the trees in a yard setting? I've heard that they're quite prone to blight and pests, and I'd like to ensure the tree thrives.
Thanks,
Lindsey

Depending on where you live, Hemlock wooly adelgid is going to be your biggest menace. Maybe go with one of the Japanese hemlocks just to be safe?

Hi,
I live in NH and am landscaping around some natural large stones. I have two Canadian hemlocks ( 7' tall/3" trunks) growing within 4 inches of each other. One of them is forked about 6" from the ground. Which hemlock should I remove....or just half of one of them? Thanks for any advice, Bill

I recommend that you remove the forked hemlock, as it will be prone to break at the fork when it gets larger. These will typically grow to be very large trees.

Hello, I bought a T. canadensis 'Moonfrost' about ten years ago. It's growing upright although it is variegated. Probably mislabeled. Its form is unattractive, sparse foliage and the branches start a few feet from the ground. Can I trim it to make it fuller? Or should I just grow a sweet autumn clematis up it? Thank you.