Torreya nucifera, as described in 1946 by (L.) Philipp Franz von Siebold (1796–1866) and Joseph Gerhard Zuccarini (1790–1848), in Abhandlungen der Mathematisch-Physikalischen Classe der Königlich Bayerischen Akademie der Wissenschaften, 4th edition, is commonly known as Japanese nutmeg-yew, as well as 榧 (kaya) in the Japanese language. This appears to have been the first described species of Torreya, described and illustrated by Kaempfer in 1712 under the name Taxus nucifera, subsequently adopted by Linnaeus into his Species Plantarum in 1753. The species name is from the Latin language, meaning "nut-bearing," referring to its edible and highly regarded seeds.

Ethnobotany. This conifer yields edible seeds and cooking oil. It is commonly planted as an ornamental in North America and Europe. In 1916, E.H. Wilson wrote that "the wood is yellowish to pale brown, firm and lustrous and durable in water. It is used for making water-pails and for cabinet-work." It was traditionally used to make go-boards and bowls, but the tree is now protected and the wood is sourced only from natural mortality, so fine modern go-boards are mostly made from other stable softwoods with good figure and pale grain, such as species of Agathis or Picea.

Description. Japanese nutmeg tree is a slow-growing, evergreen coniferous species of tree which will grow to mature heights of 50 to 80 feet (15 - 25 m) tall with a trunk up to 5 feet (1.5 m) in diameter, measured at breast height. It is a subdioecious plant, with individual trees producing either mostly male or mostly female cones, but usually with at least some cones of the other sex present.

Distribution. This species is native to southern Japan and to South Korea's Jeju Island. In his 1916 book, The conifers and taxads of Japan, E .H. Wilson reports, "in one place only is it common, and that is on Takao-san, a hill some 1,500 feet (500 m) high, about 27 miles (15 km) southwest of Tokyo and in Musashi province," growing with Abies firma. We may hope that it persists in this locality. Wilson also reports impressive trees in the wild on Yakushima Island, and cites Sargent as having found trees with girths of up to 15 feet (5 m) wide "on the banks of the Kiso-gawa, near Agematsu." Wilson reports impressive trees in cultivation "At Hachiman Shrine, Kamo, in Satsuma province, Kyushu." 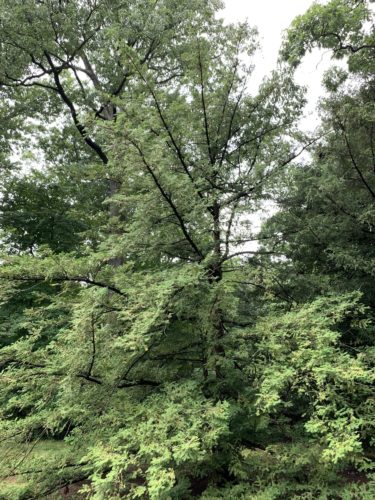 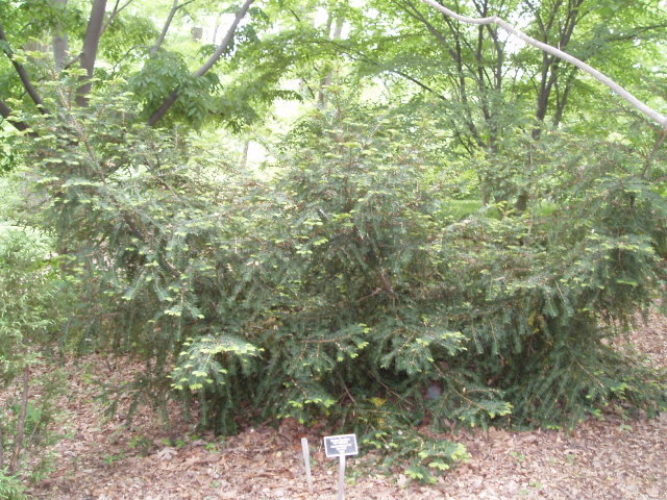 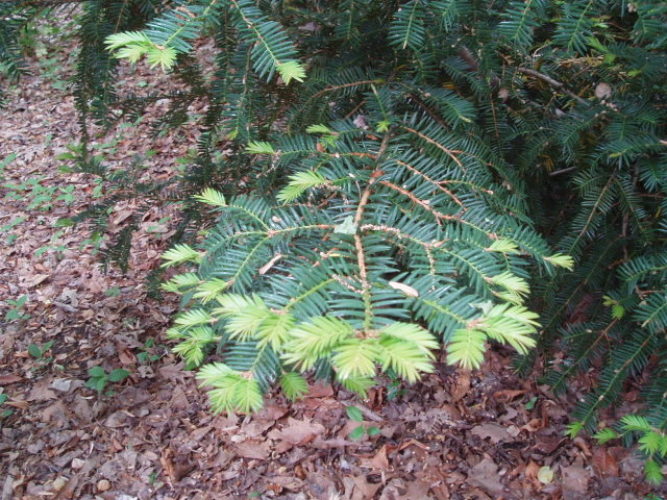 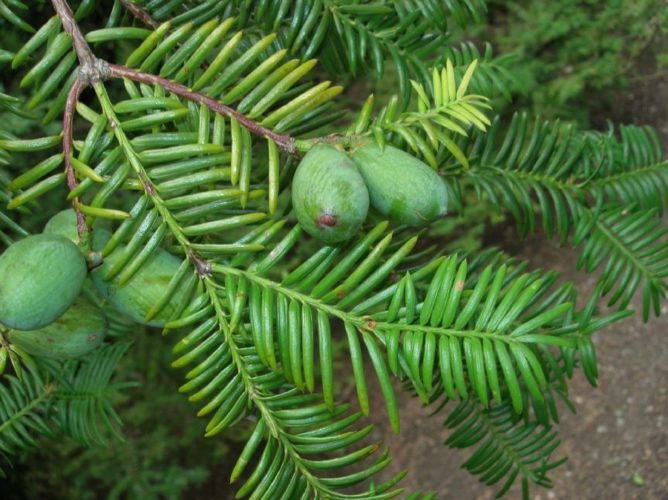 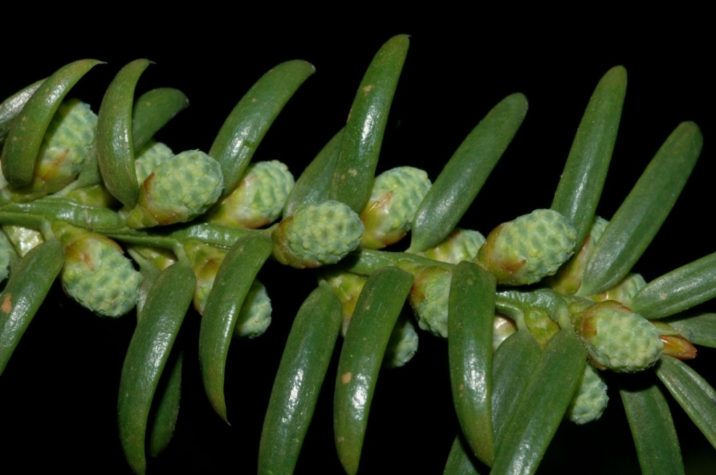 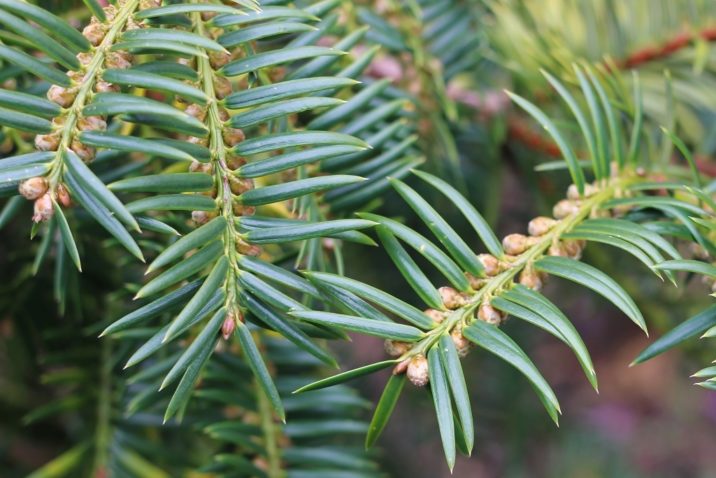 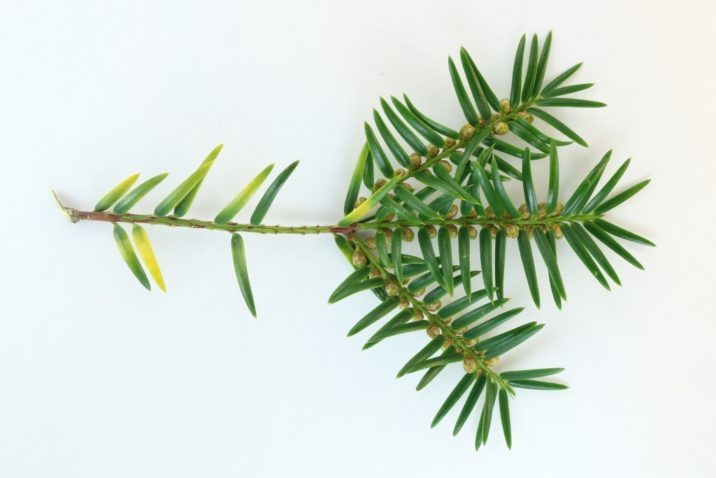 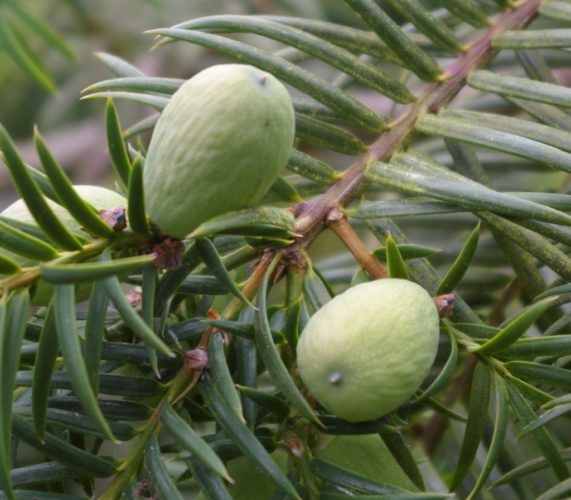 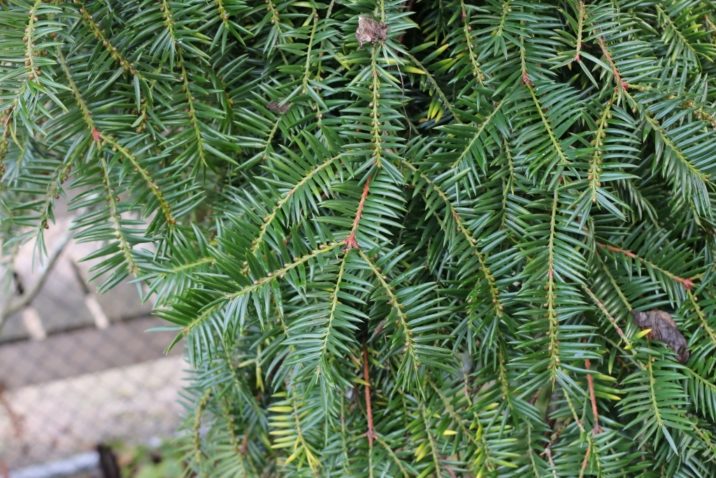 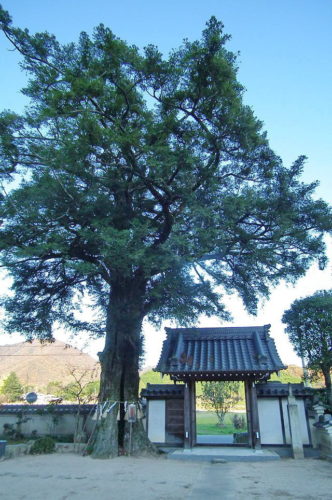 Contribute your photos to Torreya nucifera