Torreya californica, as validly described in 1854 by John Torrey (1796-1873) in New York Journal of Pharmacy, 3rd edition. The epithet californica, not surprisingly, means "of, or from California." Common names include California nutmeg-yew, California torreya, and stinking cedar. This species is neither a cedar, nor closely related to the true Nutmeg. It shares the third-listed common name with its closest American relative, the endangered Florida nutmeg-yew (Torreya taxifolia) of the Florida Panhandle. Historical synonyms include Torreya myristica Hooker and Tumion californicum (Torrey) Greene.

Description. California nutmeg-yew is an evergreen coniferous species of tree which grows to mature heights of 50 to 80 feet (15 - 25 m) tall, with a trunk diameter of 1.6 to 3.2 feet (0.5 - 1 m) wide at breast height. It can also apear shrubby in character, to 13 feet (4 m) tall in coastal chaparral locations. This conifer is dioecious, with pollen cones and seed cones developing on separate plants.

Distribution. This species is endemic to USA — California, with scattered populations in both the Coast Ranges and the western slopes of the Sierra Nevada, found growing at elevations of 325 to 8200 feet (100 - 2,500 m) above sea level in small groves in mixed riparian evergreen and deciduous montane forests along streamsides and in chaparral shrublands on slopes. Best growth occurs on moist sites. The climate through much of the native range can be characterized as Mediterranean, with hot, dry summers and cool, wet winters. The summer climate is moderated in the outer Coastal Ranges by cool marine air and fog. This species is rather shade tolerant, though young trees in an understory have a slower growth rate. Following disturbances such as logging or fire, regeneration can occur through sprouts from the roots, root crown, and bole.

California nutmeg-yew may not be rare, but it is far from common, as its populations are widely scattered. Nonetheless, this species has a long history of human use in California. Due to its lightness, elasticity, and durability, native peoples used the wood for bow-making, and root fibers for basket making. Additionally, the sharp needle tips were used in tattooing and the large seeds as a food source. Commercial timber harvesting in the late 19th century through mid 20th century left few if any stands of large trees, but local use for the wood has included fence posts, woodworking, and furniture making, the latter especially due to its even color and ability to take a fine finish. Although it has been in cultivation since the the 1850s and has a handsome, symmetrical appearance, Torreya californica is not commonly planted in a landscape setting and few cultivars have been selected and propagated over the years. Hybrids with the Japanese nutmeg-yew (Torreya nucifera), have been reported, but are rarely cultivated. 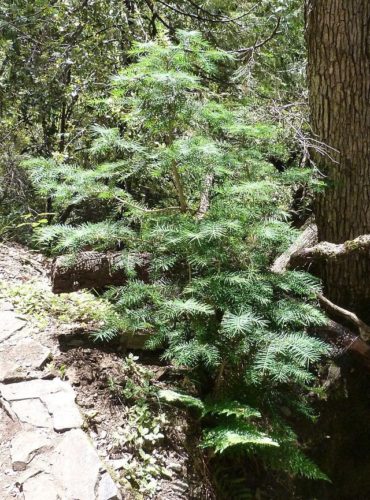 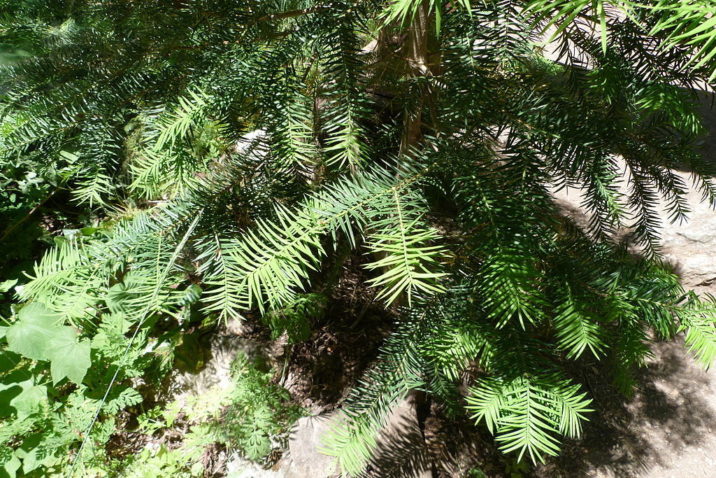 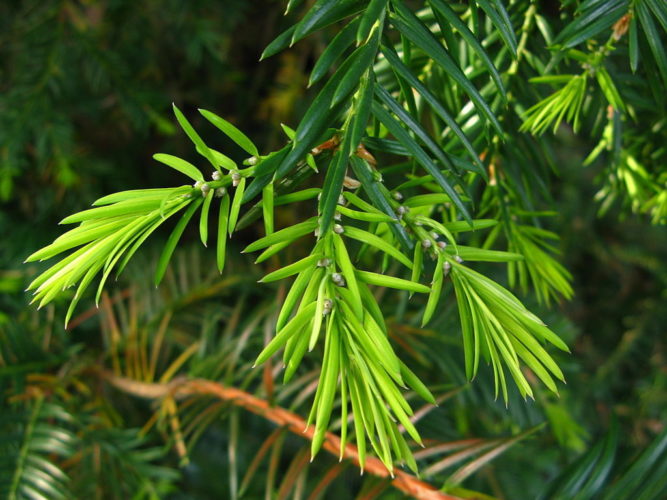 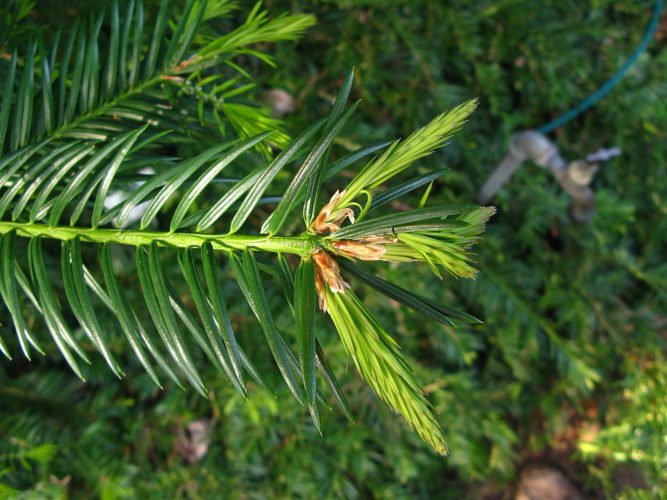 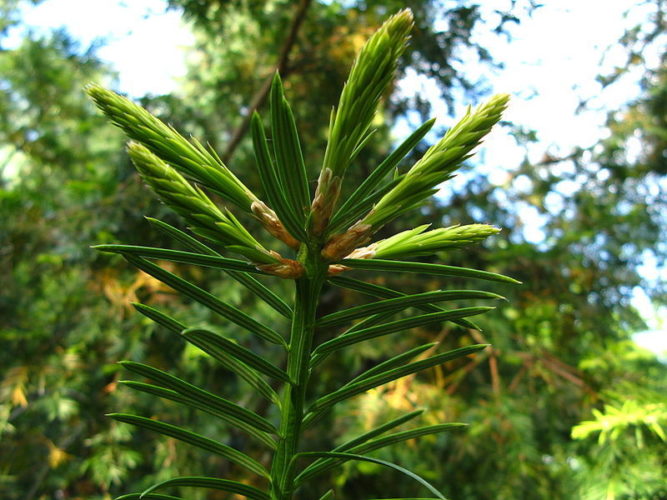 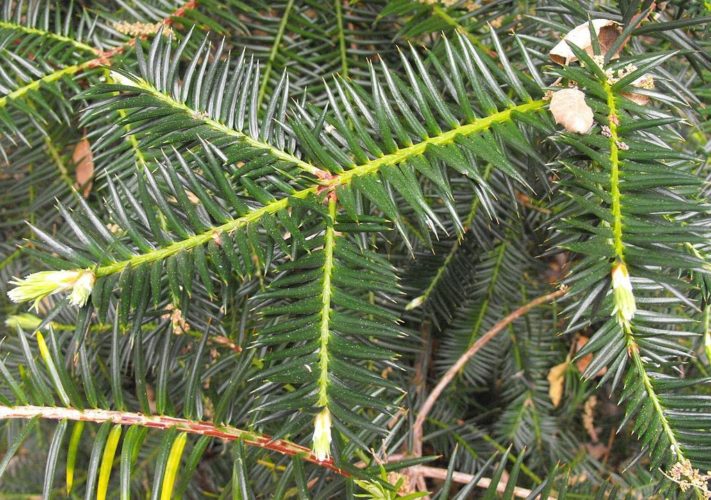 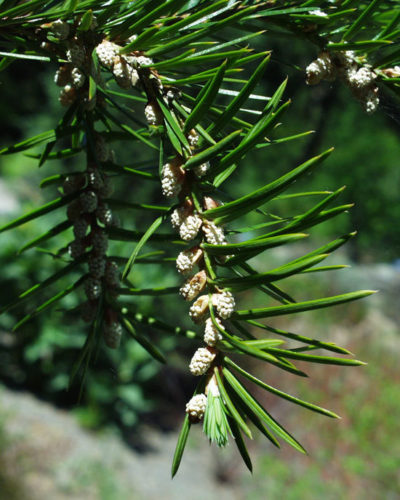 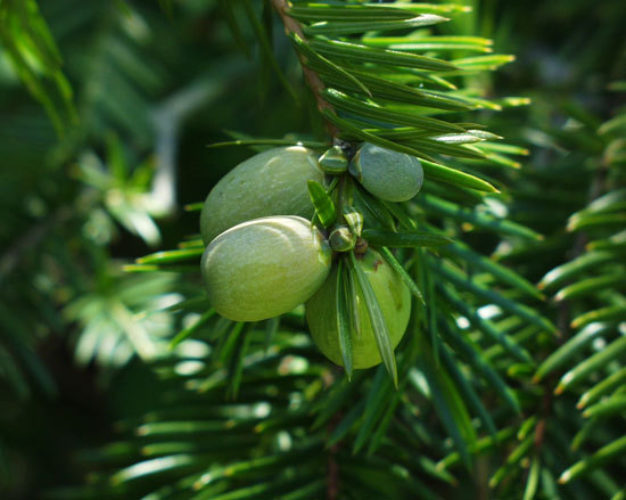 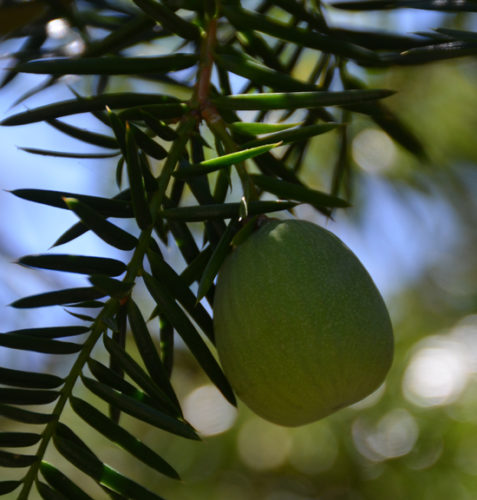 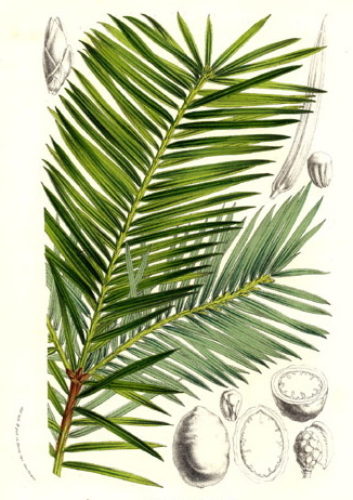 Contribute your photos to Torreya californica