Taxus mairei, as described in 1960 by (Lemée & H. Lév.) Shiu Ying Hu in Illustrations of Native and Introduced Ligneous Plants of Taiwan, 1st edition; is commonly known as Maire's yew, as well as 台灣紅豆杉 (nanfang hongdoushan) in the Chinese language. The species name honors French missionary and plant collector Edouard-Ernest Maire (1848 - 1932), who collected the type specimen near Dongchuan Shi in NE Yunnan.

Various authors have treated T. mairei as synonymous with, or a variety of, T. chinensis, T. sumatrana, and T. wallichiana. Note that T. mairei was described prior to T. chinensis, thus treatment within that taxon is incorrect. Regardless, as noted in the Taxus discussion, analysis using both morphological and molecular data has confirmed that the Chinese taxa are sufficiently distinct to warrant treatment at species rank, despite some evidence of past natural hybridization between T. chinensis, T. mairei and T. wallichiana.

Description. Maire's yew is an evergreen, coniferous species of shrub or small tree that grows to mature heights of 100 feet (30 m) tall, with a normally single trunk up to 60 inches (150 cm) in diameter, measured at breast height.

Distribution. This species is native to Taiwan and China. In Taiwan, it is found in northern and central parts of the island growig at elevations of 3,300 to 10,000 feet (1,000 - 3,000 m) above sea level. According to Aljos Farjon, the distribution in China is unclear. Farjon (2010) finds it in Anhui, Fujian, southern Gansu, northern Guangdong, northern Guangxi, Guizhou, western Henan, western Hubei, Hunan, Jiangsu, Jiangxi, southern Shaanxi, Sichian, Yunnan, and Zhejiang provinces, but Zhang and Ru (2010) say it is confined to Guangxi, Hubei, Shanxi, Sichuan and Yunnan, with natural forests dominated by this species limited to Guangxi and southeastern Shanxi. It is found from near sea level to 11,500 feet (3,500 m) elevation within conifer and mixed forests and on more open slopes; also on rocky slopes, often on limestone; often riparian. 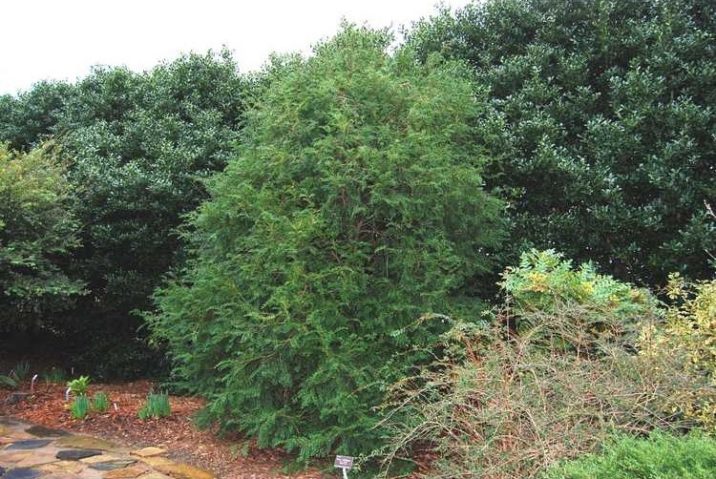 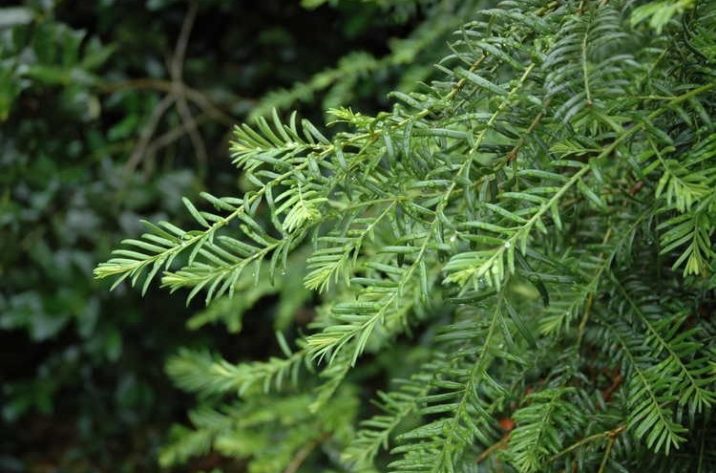 Contribute your photos to Taxus mairei