Sequoiadendron giganteum 'Hazel Smith' is an exceptional clone of giant sequoia that was selected for superior cold hardiness, exceptional Blue color and good vigor, growing faster than the typical species. Typical rate of growth in most areas is up to 3 feet (1 m) a year resulting in a massive, impressive tree, 30 feet (10 m) tall and 20 feet (6 m) wide after 10 years in the landscape.

Click here to see the original registration document and historic correspondence pertaining to this plant.

In her book, Dwarf & Unusual Conifers Coming of Age A Guide to Mature Garden Conifers, Sandra McLean Cutler describes this cultivar as possessing striking Blue foliage; a full-sized pyramidal form; and best in full sun. Further, it is believed to be more cold hardy than the species. I know of several specimens growing well in Zone 5 conditions.

This cultivar was named in honor of Hazel Smith. She and her husband Don were co-owners Watnong Nurseries, Morris Plains, New Jersey. Every year Don and Hazel would order Sequoiadendron giganteum seedlings from an Oregon nursery in hopes they would find a specimen that would survive in their New Jersey nursery. Around 1960 they received a batch of seedlings that ended up on an outside bench for the winter. When spring came only one bright Blue seedling had survived. The Smiths eventually planted it on the nursery grounds, where the original seedling still grows at what was formerly Watnong Nursery. Growing on a slope, the root structure makes a striking backdrop for this large specimen; it is huge in comparison to other plants on the lot. 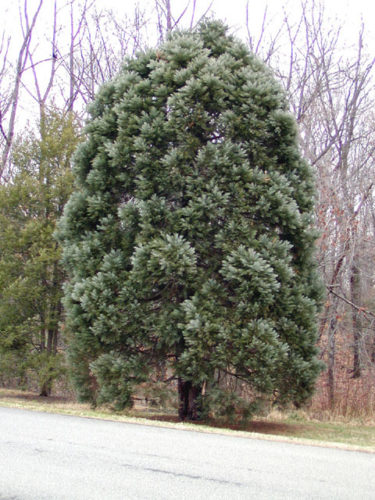 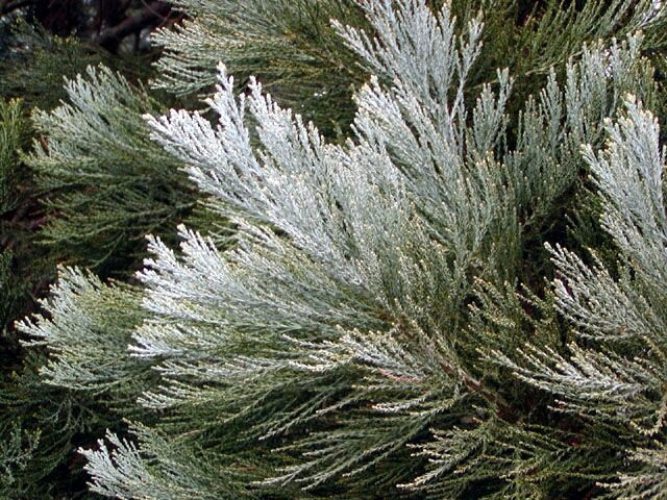 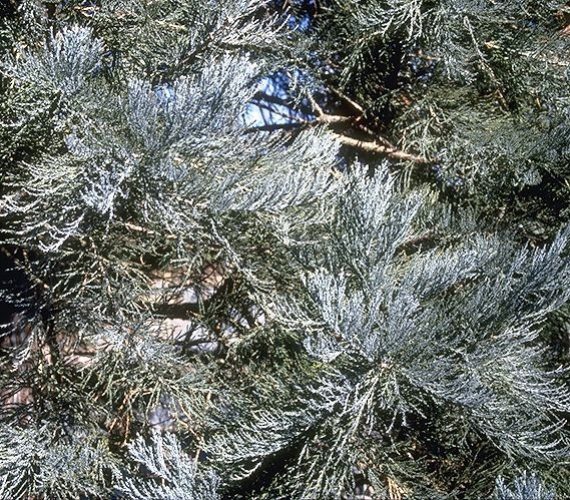 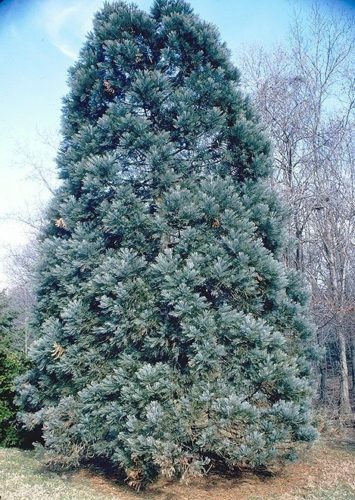 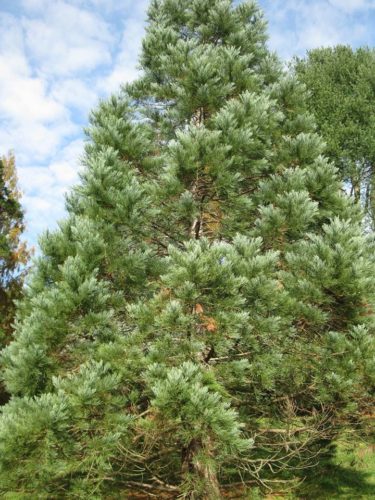 Very cool! nice looking specimen and do you have any seedlings or clones for sale?

Responding to Branden's comment here, I obtained my "Hazel Smith" seedlings from the Crowfoot Nursery in Oregon. If you "Google" for that you can find their website with no problem. They also have a very nice conifer collection. The last I checked they STILL had some Hazel Smiths left.

My seedlings have now easily survived four winters in northern Indiana (zone 5a) and are doing well. The biggest is now around five feet tall.

However, the last four winters have all leaned on the mild side for our climate here so their cold hardiness has never been fully tested. I would like to see them go through one really hard winter before I can fully recommend them for zone 5.

I would be very much interested in hearing from anyone who has tried to raise the "Hazel Smith" variant in USDA zones 5b or 6a.