Sequoia sempervirens 'Yurok Prince' is a robust, broadly spreading selection of Coast redwood with layered horizontal branching. It will occasionally produce a lead shoot, but in keeping with the character of the original plant, these must be treated as reversions and removed. After 10 years or growth, a mature specimen will measure 5 feet (2.5 m) tall and 20 feet (6 m) wide, an annual growth rate of 2 feet (60 cm) or more, significantly more outward than up.

The original plant is now a prominent feature of the ACS Reference Garden at the Oregon Garden in Silverton. Doug Wilson, a long-time ACS member and official curator of the Oregon Garden's conifer collection is credited with this cultivar's introduction. This is how Doug conveys the story of Yurok Prince ...

A couple of homeowners in McMinnville, Oregon, dug a tree seedling out of a roadway shoulder "somewhere in the Redwood forest" (i.e., coastal northern California). They didn't like the fact that it subsequently became shrub-like and wouldn't grow a leader, even after growing for at least 10 years in their back yard. Staking a prominent horizontal branch upright to force a leader was tried on two occasions, but in each the potential leader withered and died.

In March, 2010, local members of the American Conifer Society dug the shrub, including a 300-pound root ball and planted it the next morning at the Oregon Garden's Conifer Garden. Yurok, is an indigenous nation from northern California. Doug said he chose the name Yurok Prince to honor an "indigenous nation that I believed lived among the magnificent redwood trees and no doubt relied on them." 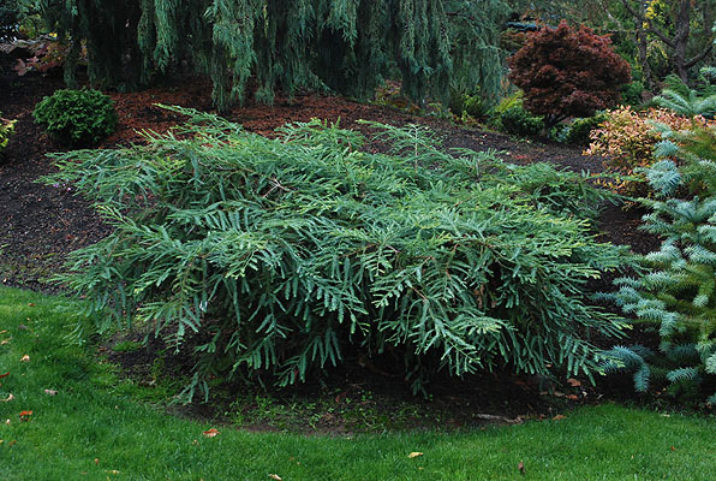 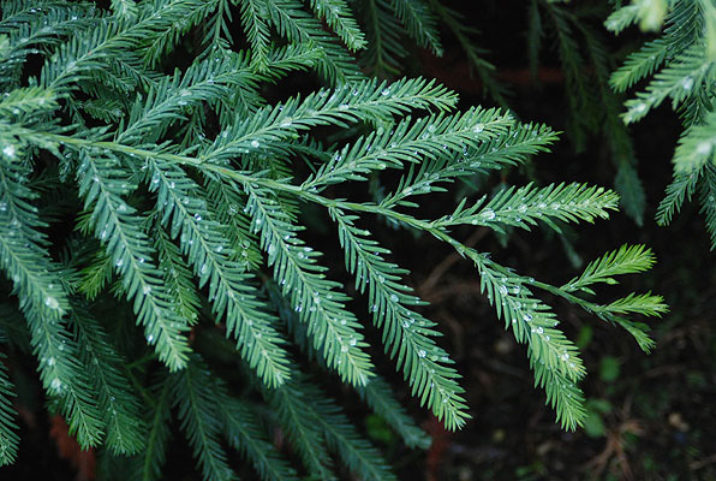