Sequoia sempervirens 'Kelly's Prostrate' is a perfectly flat-growing, ground-covering selection of coast redwood, with symmetrical, layered branching and pleasing, species-typical emerald-green foliage that bronzes a bit in areas with colder winters. Of the many specimens known to exist, none have ever been reported to produce a leader. After 10 years of growth, a mature specimen will measure 8 inches (20 cm) tall and 60 inches (1.2 m) wide, an annual growth rate of 4 to 6 inches (10 - 15 cm), significantly more outward than up.

This cultivar originated as a witch's broom found in the early 1990s, in a large tree in Fresno, California, by Herb Kelly, former owner of Kelly's Plant World, Sanger, California, who named it in honor of himself. Kelly later sent propagation material world-wide. Sun Nursery, owned and operated by Bob And Marie Taniguchi. were contracted propagate and initially introduce the plant to the U.S. nursery trade.

[ In an email from January, 2021, Herb Kelly provided the ACS with the following additional information ] For almost 50 years, I owned Kelly's Plant World, specializing in rare And unusual plants from around the world; for those that wanted quality without compromise. What a special exciting life I had.

I found Sequoia sempervirens 'Kelly's Prostrate ' growing as a mutation, (witches broom ), in a huge tree in Fresno, California in the early 1990's. I removed the limb with the large growth and promptly took it to a personal friend who was a commercial propagator, to increase it. They grew Sequoia sempervirens by the millions yearly. Sun Nursery, owned and operated by Robert (Bob), and Marie Taniguchi, were contracted to propagate the initial plants for Herbert Kelly Jr.. We got over 1000 cuttings from the large mutation or witches broom. From these 1,000 cuttings, after two years, we had 300 nicely rooted plants. This plant did not root easily. I then grew these for a couple more years, to one-gallon size. We now had four years in the propagation of this plant.Then began the process of distributing all over the world, to many plant collectors, nurseries, botanical gardens and enthusiasts. I named this plant 'Kelly's Prostrate'. Everyone that acquired it raved about what a great plant it was.

I also published it in an article in a botanical journal called Herbertia in the 2004- 2005 issue, when I received an award for my many plant introductions. It is now found all over the world. This plant was my pride and joy and I feel honored to have had a great part in introducing it. 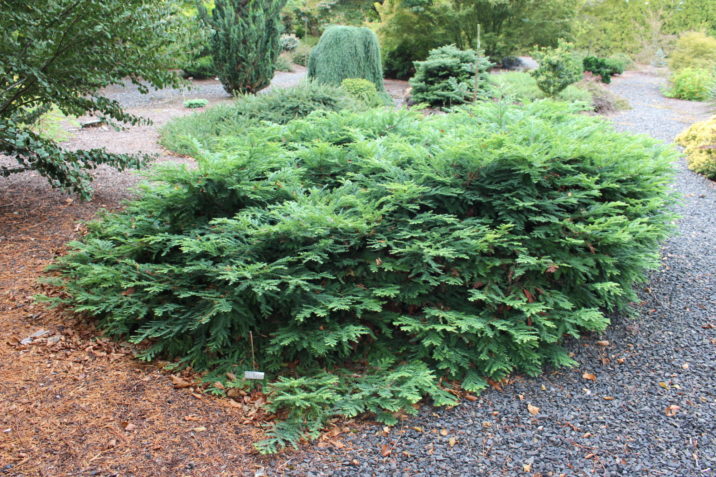 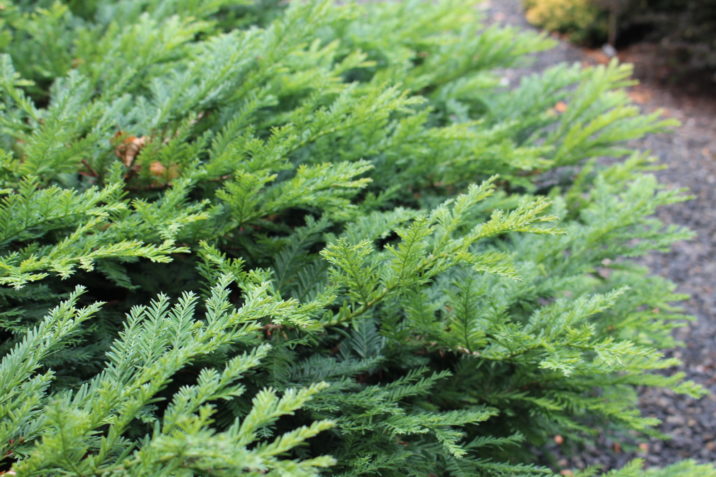 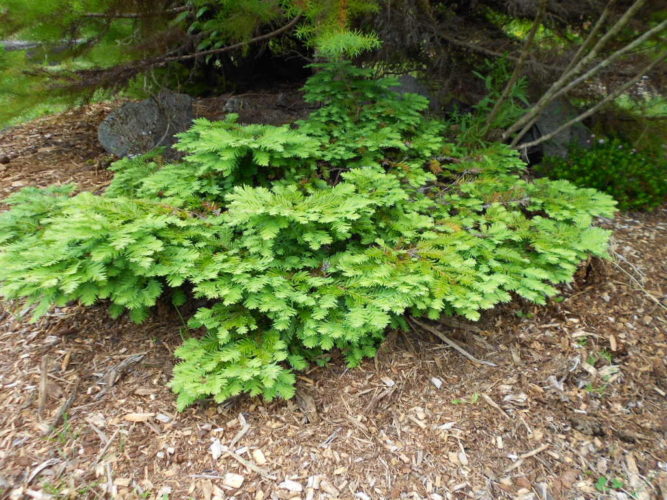 mine is growing up now after 16 years