Pseudotsuga menziesii var. glauca 'Foxy Fir' is a nice dwarf selection of the Rocky Mountain variety of Douglas-fir. Over time, 'Foxy Fir' will become a small, conical upright-growing conifer. The needles are a fresh, light bluish green, the branching is regular and horizontal and the annual growth can be expected to be up to around 4 to 6 inches (10 - 15 cm) per year. After 10 years, a mature specimen can be expected to stand about 4 feet (1.3 m) tall and half as wide.

Jerry Morris of Colorado named and introduced this cultivar sometime in the 1980s with the provisional name Pseudotsuga menziesii [#1], implying that this was his first selected Douglas-fir broom. Stanley & Sons Nursery, Boring, Oregon played a significant role in distributing this and many other members of the Jerry Morris Rocky Mountain Conifer Collection across the nursery industry. This cultivar originated as a witch's broom found near Baily, Colorado, SW of Denver. According to Jerry's notes, the broom was large, low on the tree, 15’, Blueish, and thick; across a creek by a cliff.

This selection is best used as part of a collection of dwarf conifers. It will thrive in full sun and poor soil conditions as long as the drainage is good. 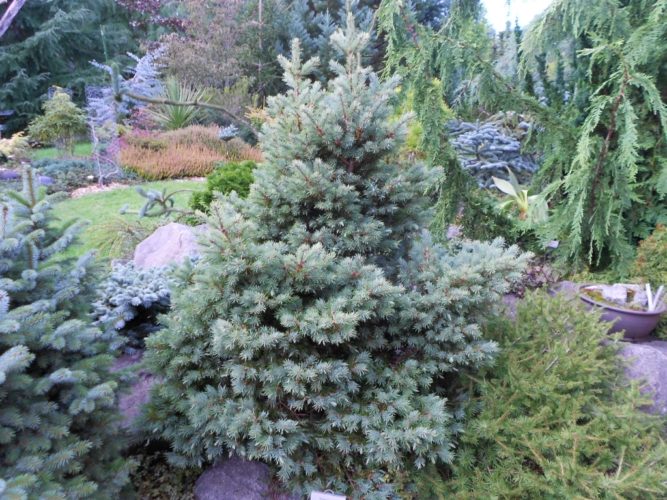 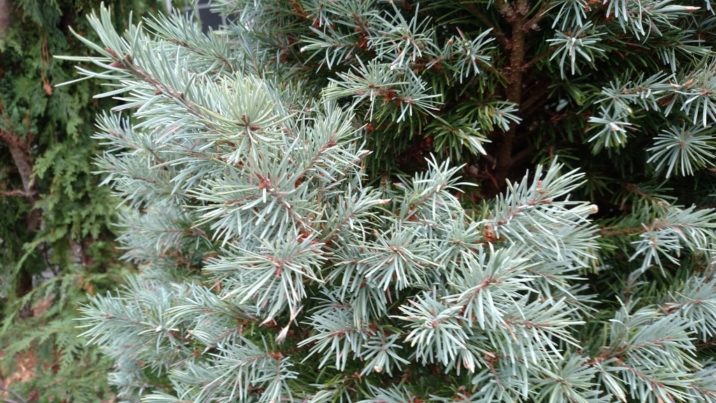 A mature specimen of Pseudotsuga menziesii 'Foxy Fir' at Glacier's End Arboretum in Olympia, WA. This plant was approximately 12 years old when this photo was taken in 2013. At the time it was approximately 5 feet tall by 3 feet wide.
Photo by David Olszyk
Pseudotsuga menziesii 'Foxy Fir' — a closeup of foliage detail.
Photo by David Olszyk