Pseudotaxus liana was described from Guangxi and at the same time recorded from Hunan and Jiangxi. In the protologue (Silba, Phytologia 81: 327. 1996, as "liiana"), it was said to differ from P. chienii in its broadly ovate or ovate-oblong leaves, measuring 0.52 to 1.12 inch (1.3 - 2.8 cm) long and 0.14 to 0.22 inch (3.5 - 5.5 mm) wide, which are thick and leathery; it was also compared with two species in the Podocarpaceae: Podocarpus brassii Pilger, from Indonesia (Irian Jaya) and Papua New Guinea, and Prumnopitys harmsiana (Pilger) de Laubenfels, from South America. Further study is needed to ascertain whether it is distinct from Pseudotaxus chienii and, if so, to settle its generic, and possibly also familial placement. If it is distinct, then some of the records of P. chienii may in fact belong to the new species.

Description. White-berry yew is an evergreen coniferous species of shrub or small tree that grows to mature heights of 12 feet (4 m) tall, with a trunk up to 12 inches (30 cm) wide, measured at breast height, with a spreading to rounded crown. It is a dioecious conifer with male and female fruiting bodies growing on separate trees.

Distribution. This species is native to China — northern Guangdong, northern Guangxi, northwestern and southern Hunan, southwestern Jiangxi, and southern Zhejiang provinces; cultivated as an ornamental in Zhejiang. Outside of China, this species is virtually unknown. It is a rare understory shrub in cool, humid temperate montane forests dominated by evergreen or deciduous angiosperms at elevations of 1,650 to 4,300 feet (500 - 1,300 m) above sea level, with annual precipitation around 72 to 80 inches (1,800 – 2,000 mm) and frequent cloud cover or fog.

It is a rare species that is threatened more by general habitat destruction than by direct exploitation, mostly because that wood is of too low of volume for construction purposes, rather it is used as a carving material and for making utensils. 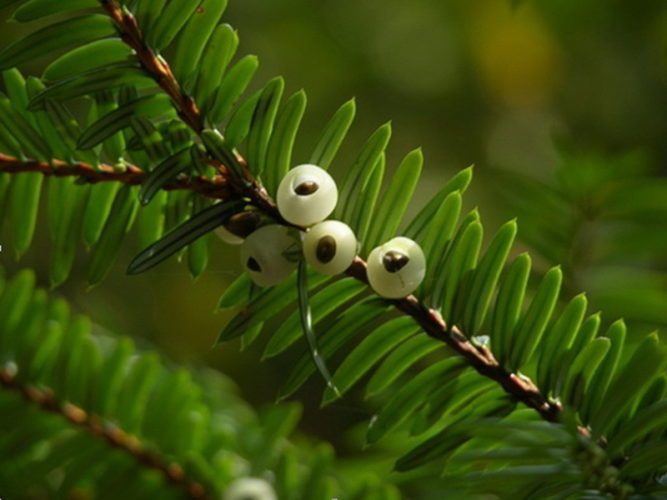 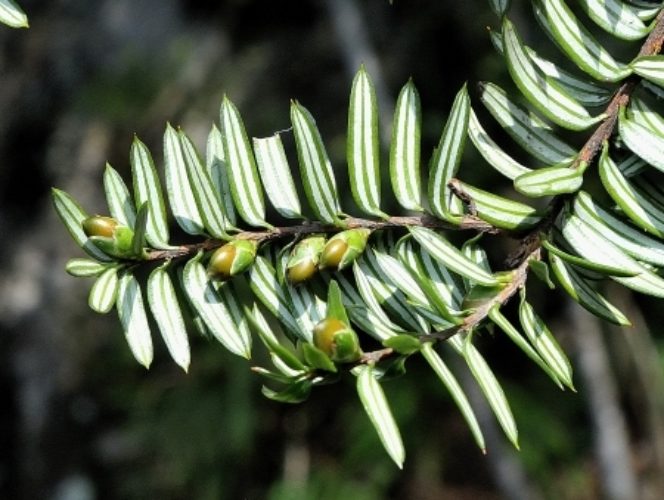 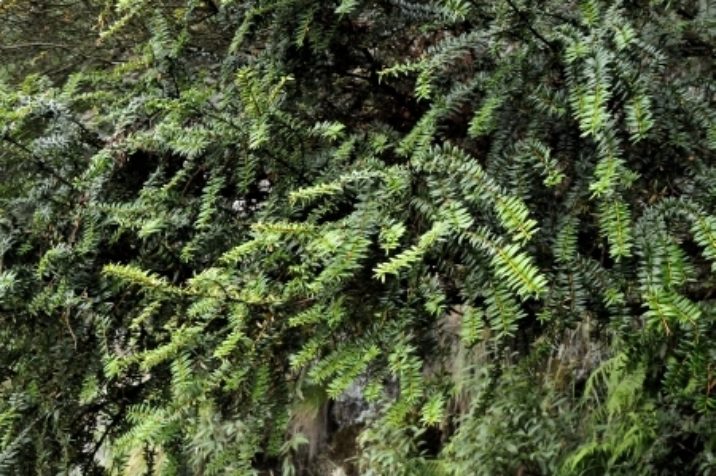 I would like to know if there are any sources for the white berried yew (Pseudotaxus chienii) for sale in the United States.

Hi Fred ... I've never seen these for sale anywhere in the U.S., but know they exist in collections. Since they root fairly easily from cuttings, I suggest that you search around at large arboretums and beg for a cutting or two.