Podocarpus marcrophyllus, as described in 1824 by (Thunberg) David Don (1799 - 1841), in A Description of the Genus Pinus vol.2, no.22, is commonly known as yew podocarp, southern yew, longleaf podocarp, and Buddhist pine; but note that it is NOT a pine but a distinct genus, the second-largest after Pinus with 97 species

In local languages this species is known as クサマキ (kusamaki), and 犬槇 (inumaki) in the Japanese language; and 羅漢松 (luo han song) in Chinese. The species name, from the Greek language, describes this species' exceptionally large foliage, particularly in juvenile plants.

Description. Yew podocarp is an evergreen, coniferous species of tree or large shrub that grows to mature heights of 65 feet (20 m) tall with a trunk up to 24 inches (60 cm) in diameter, measured at breast height.

Distribution. This species is native to the highlands of China, Japan and the Philippines, where it can be found growing at elevations from 1,202 to 1.450 feet (310 - 440 m) above sea level.

Hardy to USDA Zone 7 (10 to 0ºF / -12.2 to -17.8ºC). It's best grown in rich, slightly acidic, well-drained soils in full sun to part shade. Tolerant of shade (often seen indoors in large tubs in shopping malls) but intolerant of wet.

Podocarpus is very popular as a dense screen or hedge if planted closely but can also be used as an ornamental with lower branches removed to reveal the light brown, peeling bark. As it matures the tree grows in an open manner with large spaces between the branches creating a pleasing, irregular oval silhouette in middle and old age.

Because its root system is quite forgiving and its narrow form it has potential as a street tree in urban environments in the southeastern United States. 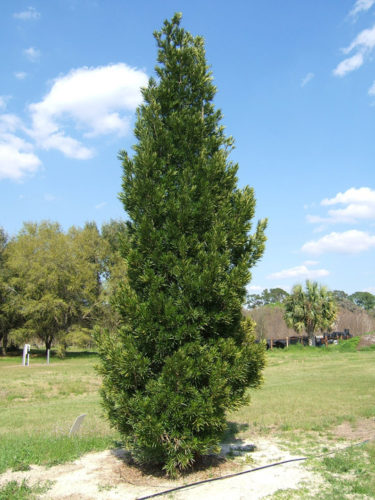 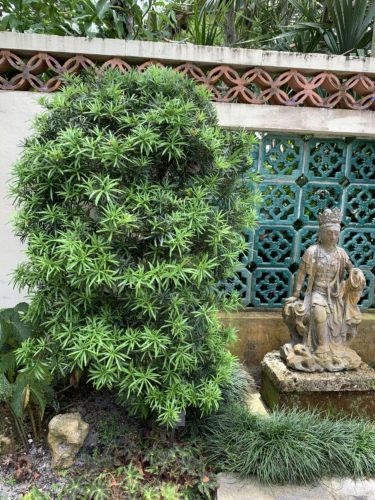 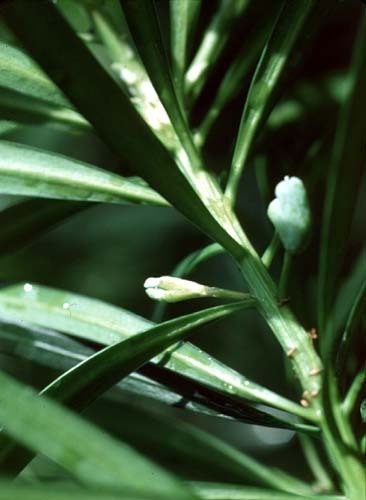 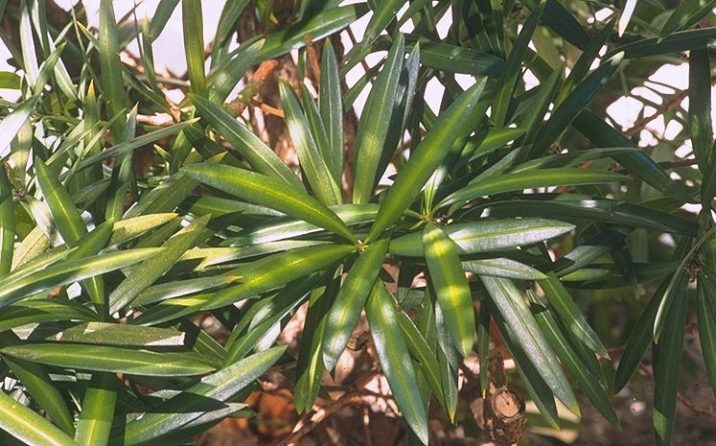 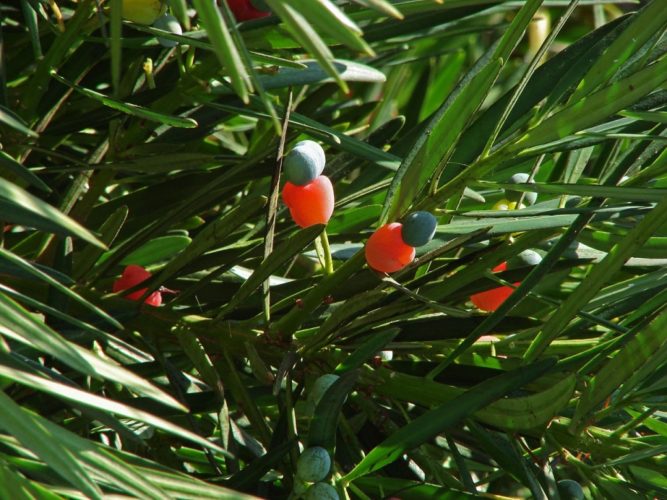 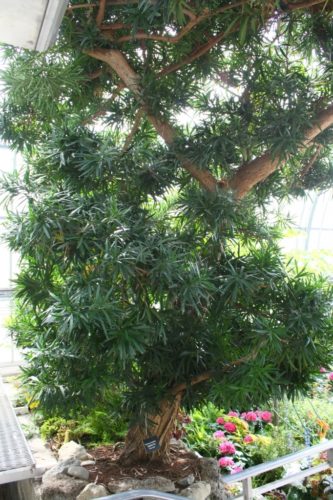 Contribute your photos to Podocarpus macrophyllus