Podocarpus lawrencei, as described in in 1845 by William Jackson Hooker (1785–1865), in London Journal of Botany, 4th edition; is commonly known as mountain or alpine plum-pine. It is considered to be synonymous and commonly seen in the nursery trade as Podocarpus alpinus.

[ According to Hooker in his original description ] The epithet lawrencei commemorates Robert William Lawrence (1807-1833). "I have been anxious so far as materials exist for that purpose to record in this Natural Order the names of those individuals who have done most for the Botany of this island. Since the days when Mr. Brown collected his extraordinary herbarium, and first brought to light a host of Tasmanian plants in the Prodromus Florae Novas Hollandiae, there has been no more successful Botanist for the time than the late Mr. Lawrence, who commenced forming a herbarium of the whole island, a work which Mr. Gunn has almost concluded."

Distribution. This species is native to Australia — Tasmania, Victoria, and New South Wales, fouind growing at elevations of 3,500 to 6,500 feet (1.100 - 2,030 m), which corresponds to subalpine to alpine areas near the peaks of the highest mountains, where it mostly occupies rocky areas with acidic rock types. Near its lower elevation limit, it can also occur in wet sclerophyll forest with species of Eucalyptus, Acacia, and Telopea, and here is where once can find the largest specimens (up to 12 feet / 4 m tall).

[ Aljos Farjon in A Handbook of the World's Conifers ] More often, it is seen in subalpine and alpine dwarf scrub and alpine herbaceous grassland. In Tasmania it is often found with three other small, endemic conifers: Diselma archeri, Microcachrys tetragona, and Pherosphaera hookeriana.

Attribution from: Ajlos Farjon; A Handbook of the World's Conifers; ©2010, Brill Academic Publishers, Leiden, The Netherlands. 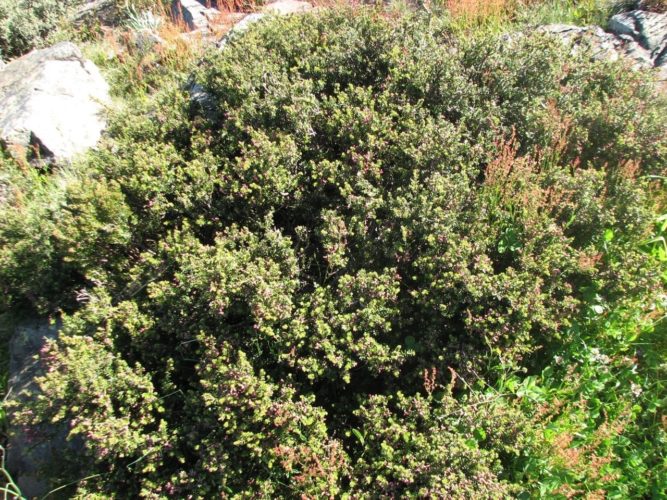 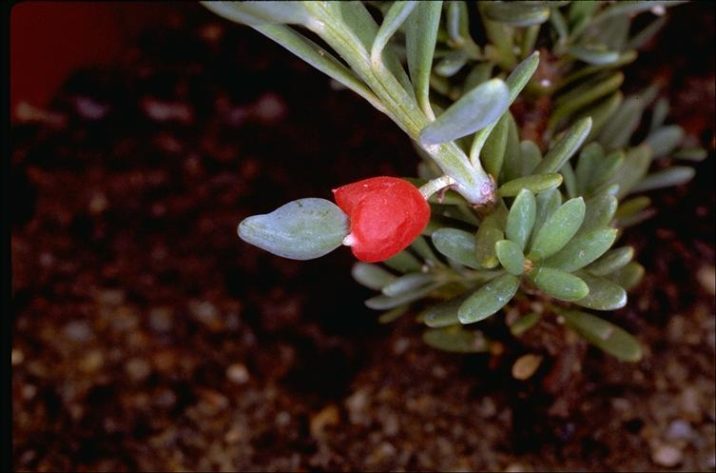 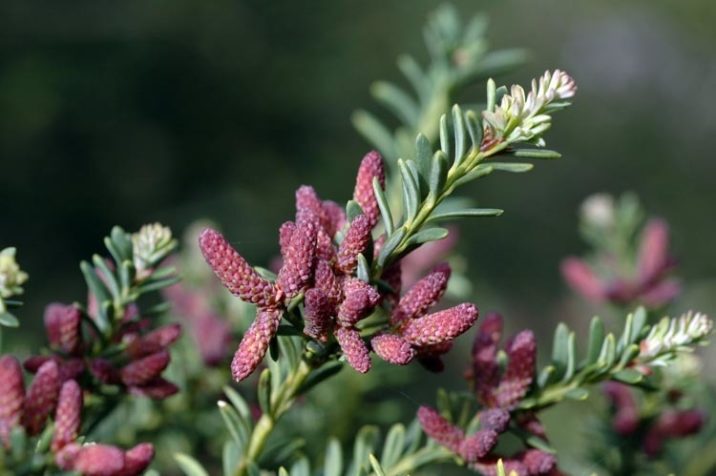 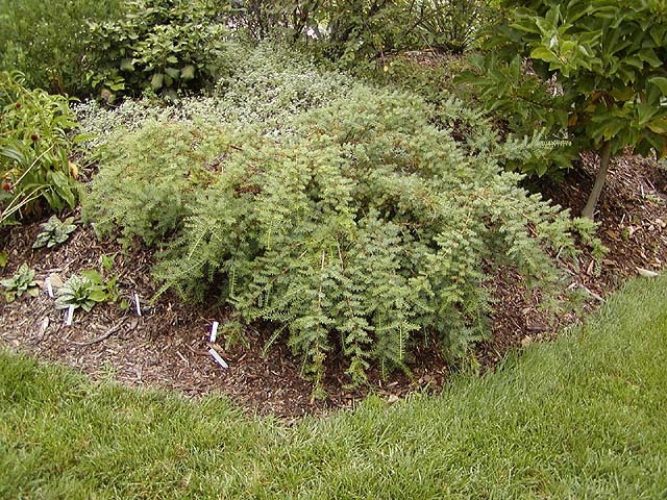 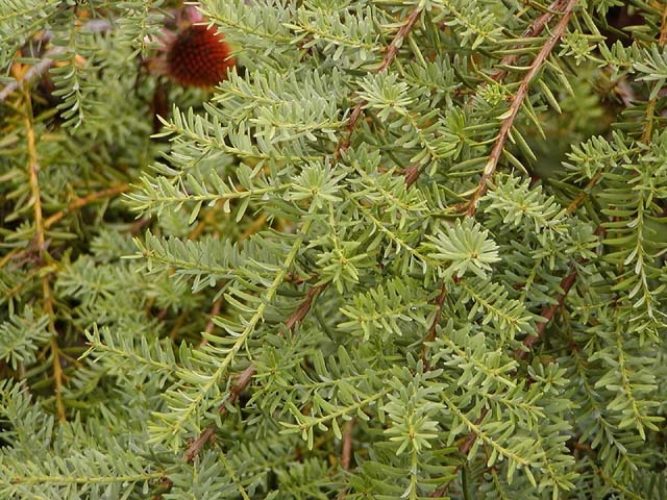 Contribute your photos to Podocarpus lawrencei