Pinus sylvestris, as described in 1753 by Carl Linnaeus (or Carolus Linnæus) (1707–1778), in Species Plantarum vol. 2, is commonly known as Scots pine; as well as Бял бор (Byal bor / white pine) in the Bulgarian language; as 歐洲赤松 (Ōuzhōu chìsōng) in Chinese; as borovice lesní in Czech; as skovfyr in Danish; as grove den in Dutch; as pin sauvage in French; as waldkiefer in German; as pino silvestre in Italian; as furu in Norwegian; as Сосна обыкновенная (Sosna obyknovennaya) in Russian; and as pino silvestre in Spanish. The term 'Scotch' pine is incorrect and should not be used, as these trees are not a source of that celebrated intoxicant.

Over 100 Pinus sylvestris varieties have been described in the botanical literature, but only three widely accepted; they differ only minimally in morphology, but with more pronounced differences in genetic analysis and resin composition. Populations in westernmost Scotland are genetically distinct from those in the rest of Scotland and northern Europe, but not sufficiently to have been distinguished as a separate botanical variety. Trees in the far north of the range were formerly sometimes treated as var. lapponica, but the differences are clinal and it is not genetically distinct.

Description. Scots pine is an evergreen coniferous tree which will reach mature heights of 110 feet (35 m), with a trunk up to 3 feet (1 m) in diameter at, measured at breast height. Exceptionally trees reach 145 feet (45 m) tall with a 5.5 foot (1.7 m) trunk diameter and within some very productive sites in the forests of Järvselja, Estonia, there are some 220-year-old trees that are nearly 150 feet (46 m) tall. A tree's lifespan is normally 150 to 300 years, with the oldest recorded specimens in Sweden and Norway just over 700 years. The habit of the mature tree is distinctive due to its long, bare and straight trunk topped by a rounded or flat-topped mass of foliage.

Distribution. This species is native to Europe and Asia, ranging from Scotland, Ireland and Portugal in the west, east to eastern Siberia, south to the Caucasus Mountains, and north to well inside the Arctic Circle in Scandinavia. In the north of its range, it occurs elevations from sea level to 3,200 feet (1,000 m), while in the south of its range it is a high altitude mountain tree, growing at elevations of 3,800 to 8,300 feet (1,200 – 2,600 m) above sea level. 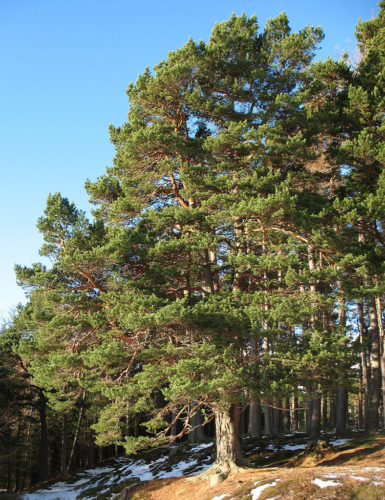 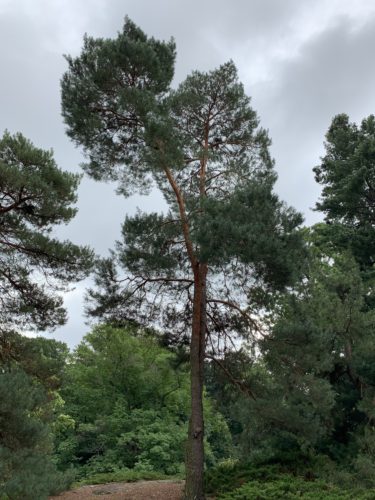 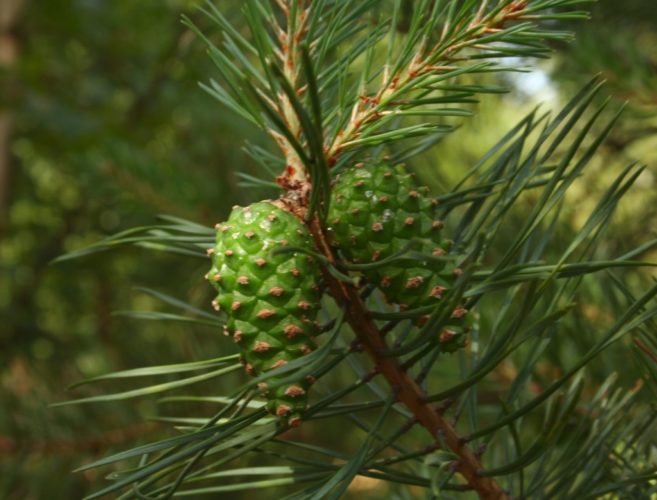 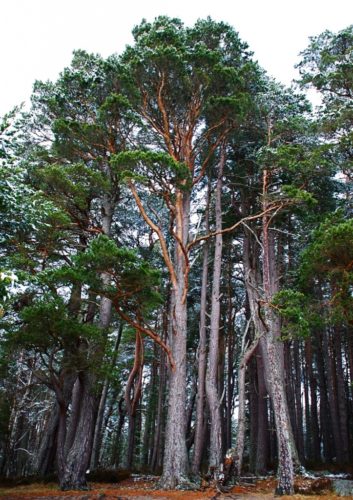 Contribute your photos to Pinus sylvestris

Hello! Pinus sylvestris can be found in Quebec, Canada?

This species is native to northern Europe. If they exist in Quebec they will had to have been planted there.