Texas piñon was previously included in Mexican piñon (P. cembroides), only being discovered as distinct in 1966 when Elbert L. Little noticed that the seed shells of some piñons in Texas were very thin compared to many others. He treated it as a variety of Mexican piñon, i.e., Pinus cembroides var. remota. Subsequent research found other differences, and it is now usually treated as a distinct species, probably more closely related to the Colorado piñon (P. edulis), which shares thin seed shells and needles mostly in pairs. Texas piñon differs from both Mexican and Colorado pinyons in the very small, recessed umbo on the cone scales (larger and knob-like on other pinyons).

Description. Texas piñon pine is an small, shrubby, evergreen, coniferous species of tree that grows to mature heights of 10 to 35 feet (3 – 10 m) with a trunk diameter of up to 16 inches (40 cm); and an open rounded crown.

Distribution. This species is native to USA — Texas, on the Edwards Plateau and in the extreme west along the Rio Grande; and Mexico — Chihuahua, Coahuila and extreme western Nuevo León. The populations are all disjunct, found in isolated mountain ranges (a situation that certainly implies this species is more widespread during periods of reduced temperature and increased moisture availability, such as during the late Pleistocene). Although found at 1,500 feet (450 m) of elevation on the Edwards Plateau, in Mexico it occurs at elevations of 4,000 to 6,000 feet (1,200 - 1,850 m) above sea level, often on calcareous substrates, on particularly dry sites where it may assume shrub habit. As such, it is a typical piñon of the cold Chihuahuan desert. 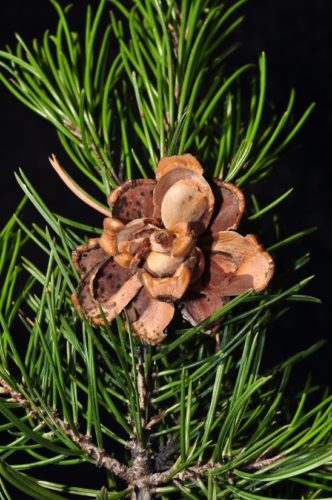 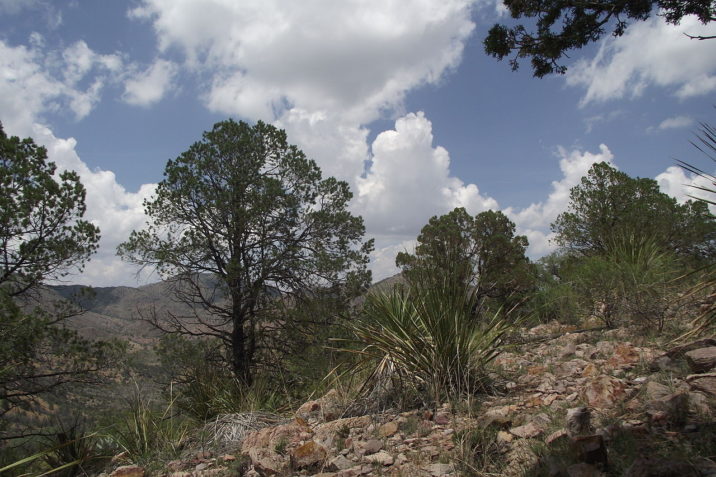 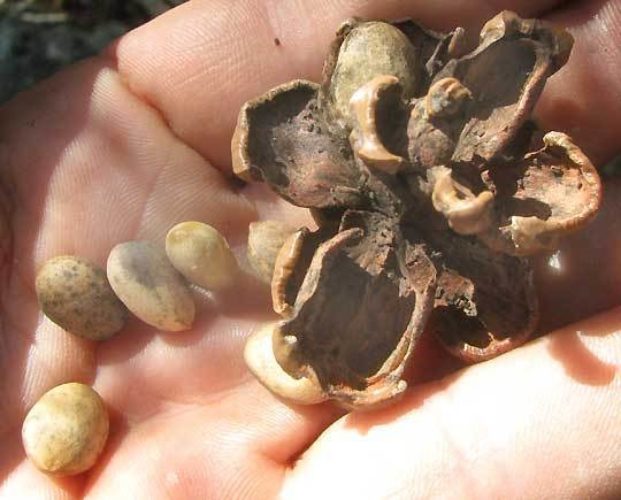 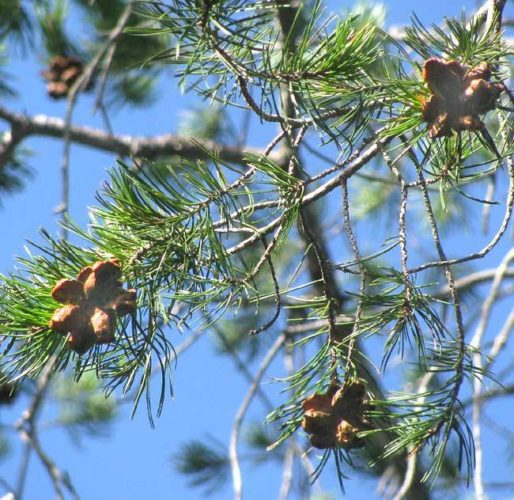 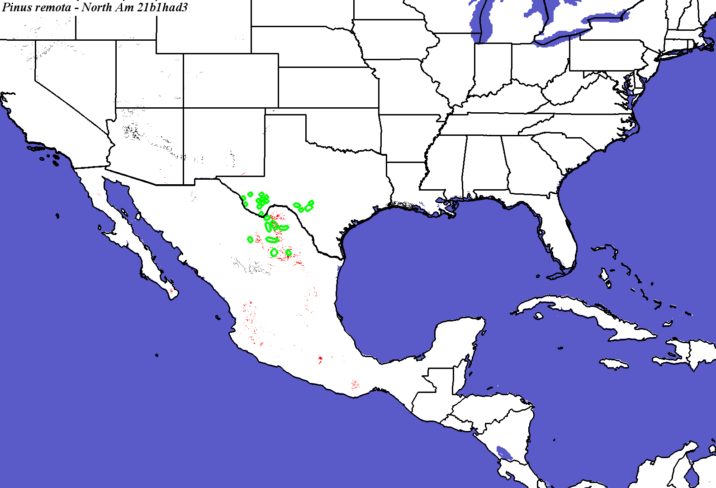 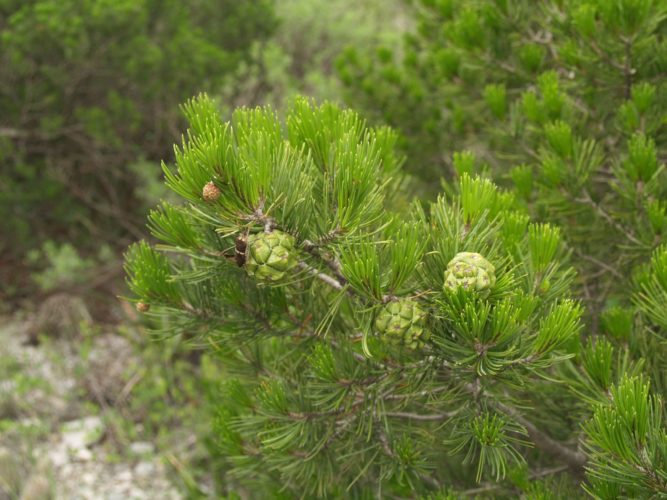 Contribute your photos to Pinus remota

These pines are found all over Kickapoo Caverns State Park. Elevations there range from 1,700 - 1,950 ft.