Pinus quadrifolia, as described in 1897 by Filippo Parlatore (1816–1877) ex George Bishop Sudworth (1864–1927), is commonly known as Parry piñon, four-leaved nut pine, or Sierra Juárez piñon pine. Although the needle count within each fascicle of this tree's foliar units is quite variable, 4 is the most common, hence the species name, which literally means "4 leaves" in the Latin language.

This variability in needle structure suggests to many that this species may actually be a hybrid of single-needle piñon and an unidentified 5-needle pine within the same range. We recommend reading C.J. Earle's taxonomic notes at this link for further insight. The common name honors C.C. Parry, who, as part of the United States and Mexican Boundary Survey, collected this species in the "mountains east of San Diego," presumably in the Laguna mountains.

Description. Parry piñon pine is an evergreen coniferous species of tree that grows to mature heights of 17 to 30 feet (5 - 9 m) with a fairly straight, round, single trunk up to 20 inches (50 cm) in diameter, measuring at breast height; and a well-branched crown which is dense and narrowly pyramidal in young trees, becoming irregularly rounded with age.

Distribution. This species is native to USA — southern California and Mexico — Baja California Norte; distributed in mountains from the southern San Jacinto massif to the Sierra San Pedro Mártir. Habitat is semi-arid to arid foothills and mesas at elevations ranging from 3,500 to 6,500 feet (1,100 - 2,000 m) above sea level. Rainfall at the lower elevations generally does not exceed 20 inches (500 mm) annually and temperatures may drop to freezing during the winter months. At higher altitudes of 5,000 to 6,500 feet (1,600 - 2,000 m) frosts often occur during the winter and annual rainfall may reach 24 inches (600 mm) with about 30% occurring in the form of snow and sleet. 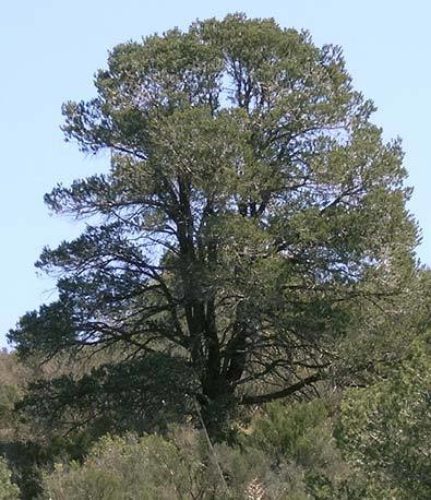 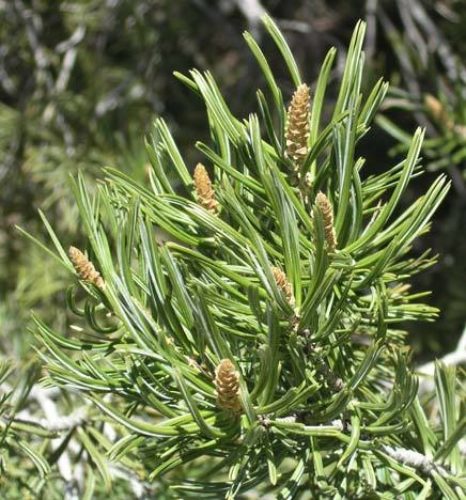 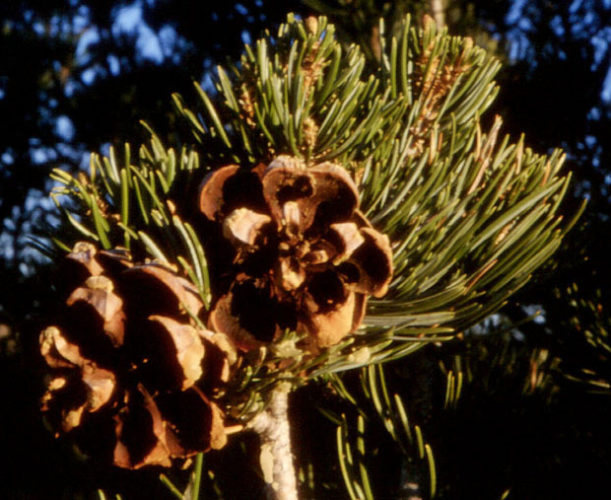 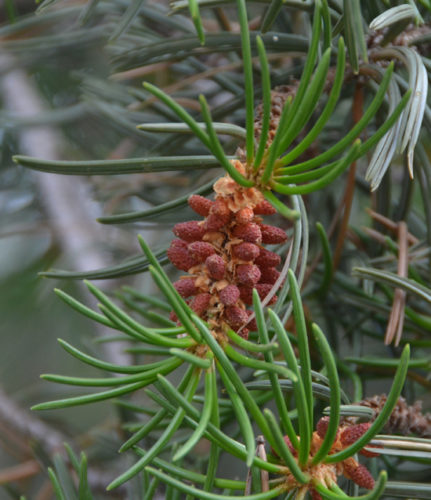 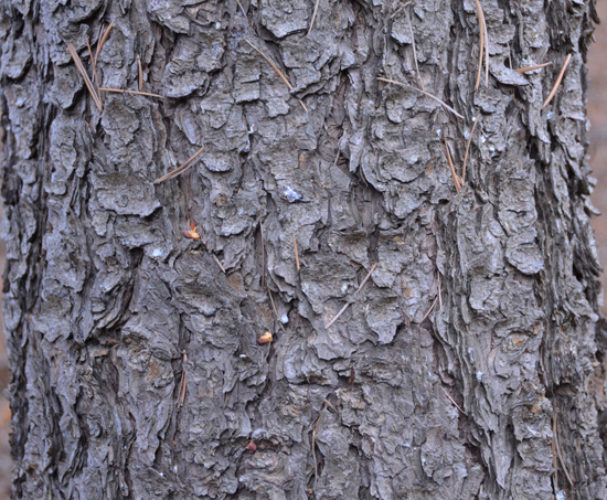 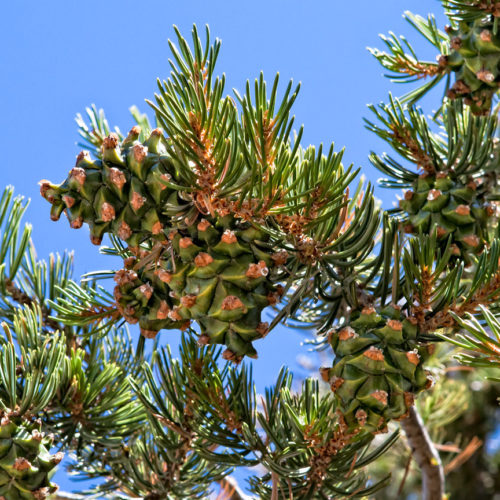 Contribute your photos to Pinus quadrifolia