Pinus maximartinezii, as described in 1964 by Jerzy Rzedowski (born 1926) in Ciencia (Mexico) 23rd edition, is commonly known as big-cone piñon pine or Martínez piñon; as well as maxipiñon in the Spanish language. The species name honors Maximino Martínez (1888 - 1964), who greatly advanced the study of Mexican conifers, describing many new species and varieties, not all of which have stood the test of time.

Ethnobotany. The species was discovered when Mexican botanist Jerzy Rzedowski found its exceptionally large and highly edible seeds for sale in a local market. There is probably still some local use of the seeds as food, but local workers now get an income for collecting the mature cones, for taking the seeds from the cones and for cutting bushes around the piñones to prevent a possible fire from ascending into their crowns. The seeds are no longer used for food but for propagation for reforestation programs. The trees are no longer cut for firewood. The trees in the Durango population are also used as a source of seed for food, although as in Zacatecas, this may change as the local people become more aware of the trees' rarity and value.

Description. Big-cone piñon pine is an evergreen, coniferous species of tree that grows to mature heights of 52 feet (16 m) with a trunk up to 24 inches (40 cm) in diameter, measured at breast height; and a broad crown with irregular branching.

Distribution. This species is native to Mexico — Durango and Zacatecas. The Zacatecas site was the species' only known locality from its discovery in 1964, until 2010, when a second population was discovered in extreme south Durango.

In southern Zacatecas, the species is found from circa 8 miles (12 km) southwest to a few miles west Juchipila. It is found in scattered stands across an area of about 3 to 6 square miles (5 - 10 km²) on ridges and east-facing slopes of the Sierra de Morones, growing in montane dry forest at elevations of 6,200 to 7,200 feet (1,900 - 2,200 m) above sea level. These trees represent a single population, numbering approximately 2,000 to 2,500 mature individuals in an area of 400 hectares; thus its status as an endangered species. However, it is actively being protected while contributing to the local economy (as described below), with the result that "all locals I encountered in the field have one aim: the conservation of Pinus maximartinezii.

The south Durango population occurs near the town of La Muralla, occurring at elevations of 5,700 to 7,500 feet (1,750 to 2,260 m) above sea level on steep slopes at various aspects, on lithosols and regosols derived from volcanic rock. The population includes approximately 900 trees in an area of approximately 110 hectares, but detailed surveys have not yet been performed on the ground. As in Zacatecas, the trees occur in discontinuous patches on the landscape in a forest dominated by Quercus spp. and Pinus lumholtzii; many understory species are also similar between the two sites 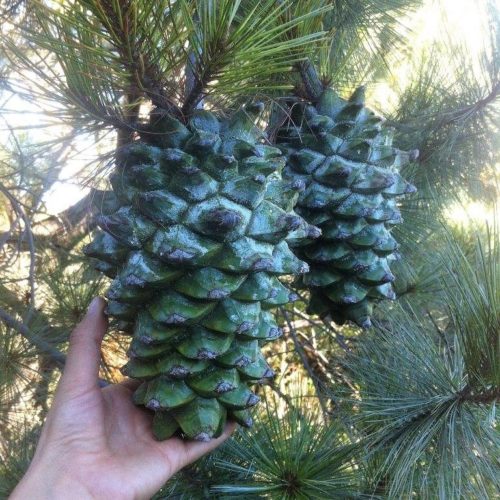 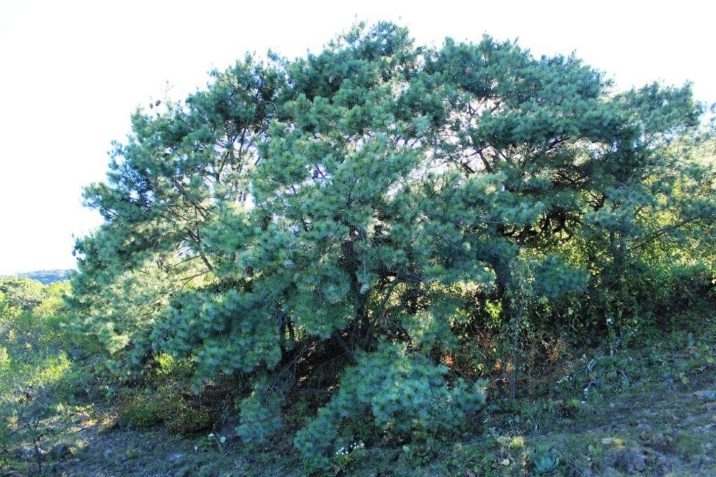 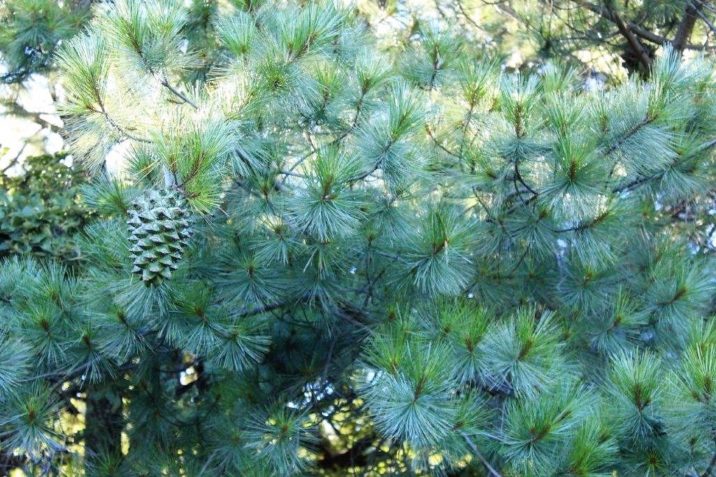 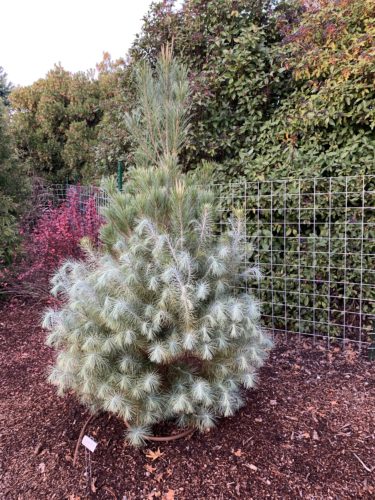 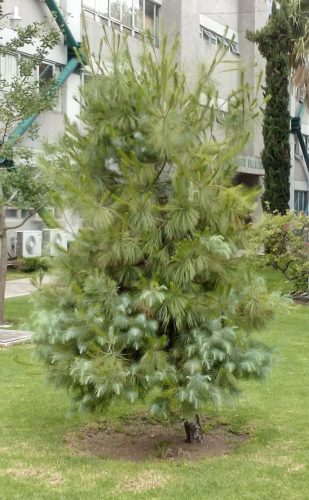 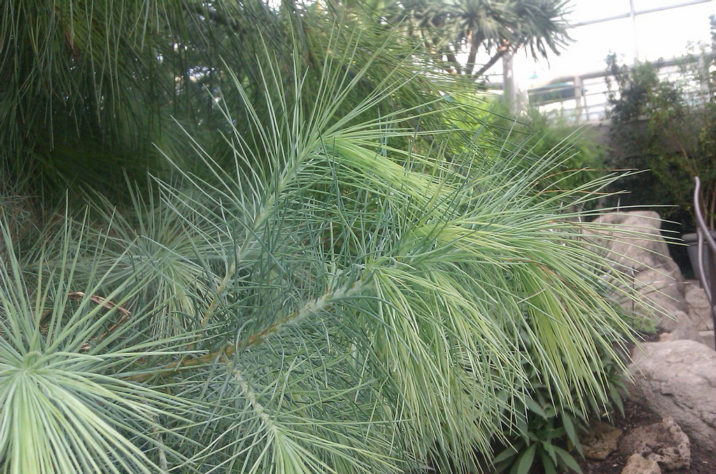 Contribute your photos to Pinus maximartinezii