Pinus lumholtzii, first described in 1894 by B.L. Robinson and M.L. Fernald in records of new plants collected by C.V. Hartman and C.E. Lloyd upon an archeological expedition to northwestern Mexico under the direction of Dr. Carl Lumholtz, published in Proceedings of the American. Academy of Arts, vol. 30. It is commonly known as Lumholtz's weeping pine; as well as Pino triste (literally, "sad pine") in the Spanish language; and sa wá in the local indigenous Rarámuri language. The species name honors Carl Lumholtz (1851 - 1922), who led the scientific expedition on which the type was discovered.

According to Chris Earle on conifers.org, "this is one of those species that elicits the first impression, "what is THAT?" The long needles, hanging absolutely lax and pendulous from the branchlets, readily distinguish it from any other pine. It also has one of the smallest cones found on Mexican pines."

Ethnobotany. According to the Sierra Madre Alliance, indigenous people use the trunk and branches to make tools. Although some populations have been over-exploited for timber production, it is generally not an economically significant species.

Description. Lumholtz's pine is an evergreen coniferous species of tree that grows to mature heights of 65 feet (20 m) with a usually round, straight, erect trunk, 20 to 28 inches (50 - 70 cm) in diameter, measured at breast height; and a broad, rounded, open crown.

Distribution. This species is native to Mexico — Aguascalientes, Chihuahua, Durango, Guanajuato, Jalisco, Nayarit, Sinaloa, Sonora, Zacatecas; throughout, in the Sierra Madre Occidental. It occurs at elevations of 5,600 to 8,500 feet (1,700 - 2,600 m) above sea level, which corresponds to the lower and middle slopes of the Sierra Madre. The climate is summer-wet with 20 to 25 inches (500 - 600 mm) of annual precipitation. 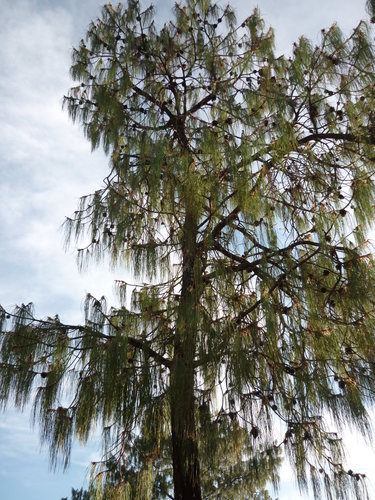 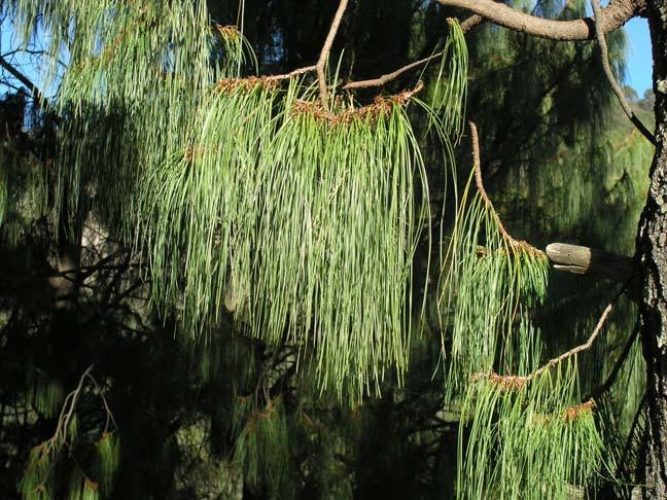 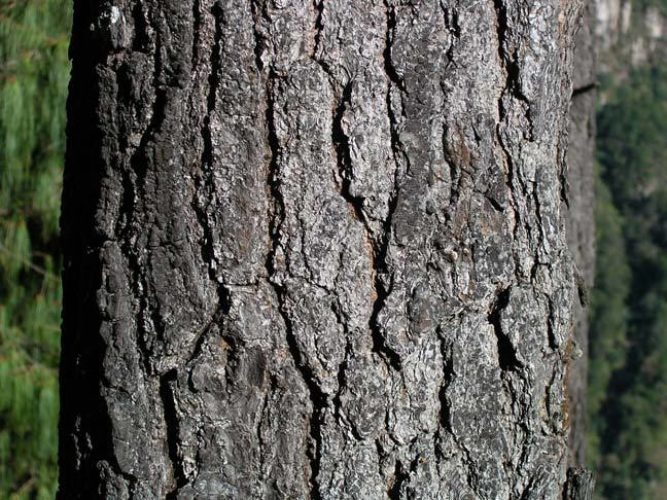 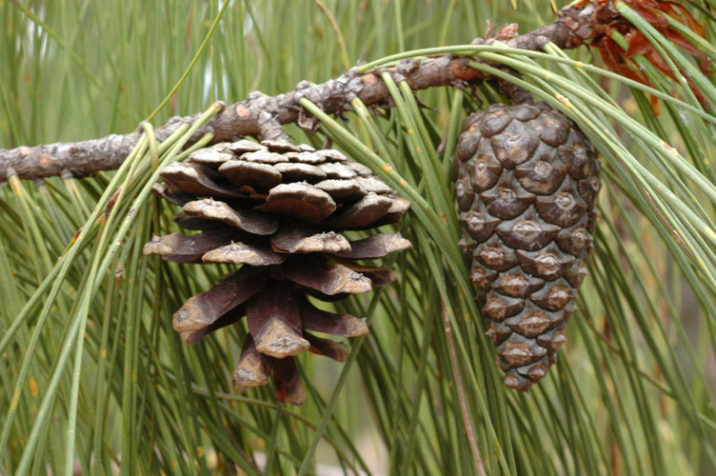 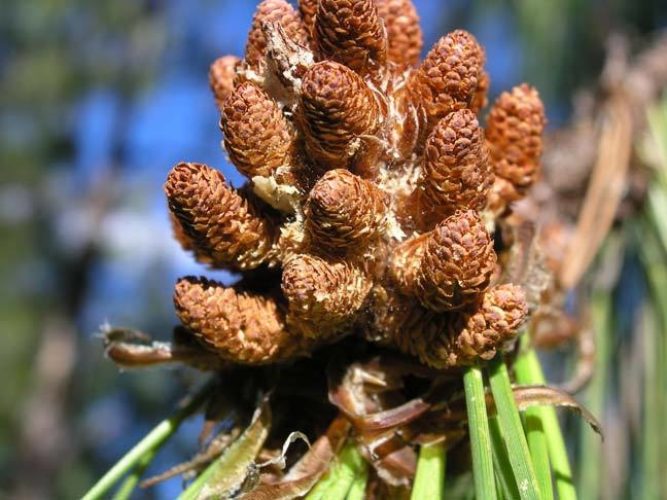 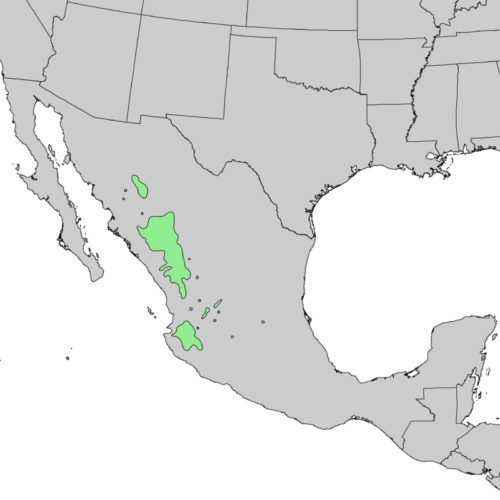 Contribute your photos to Pinus lumholtzii

I have two mature Pinus lumholtzii trees on my property at Lake Chapala, Mexico elevation about 5,000 feet. One tree has died over the past year and the other is ailing. I want to know what I can do to save it. The rainy season begins in about one month. Could a fungicide help?