Pinus koraiensis 'Oculus Draconis' is a fast-growing, upright tree form of Korean pine with extra long, green-Blue needles that grow with a slight "kink," giving the plant a false weeping look. The name 'Oculus Draconis' suggests a "dragon-eye" variegation to the needles. However years of propagation and observation in many parts of the world resulted in the overwhelming opinion that the variegation is inconsistent to absent in nearly all known plants.

Former ACS President, Dennis Groh passes on this colorful observation about this cultivar that lives to this day at Hidden Lake Gardens, Michigan . . .

Many years ago you asked about the variegation on this plant. I said it doesn’t seem to show up as a young plant. I told the story about Chub Harper giving up on it. He had it removed from the Harper Collection and “banned it” to the Evergreen Hill area of Hidden Lake Gardens at Tipton, Michigan. He said, “It is not living up to its claim to fame so I don’t want it in my collection, but it is a Korean so let’s find a home for it at Hidden Lake near Evergreen Hill. There it won’t matter if it is a dragon eye or not."

This cultivar is of unknown origin and has a disputed cultivar name. In 1993, Humphrey Welch and Gordon Haddow wrote in The World Checklist of Conifers that the proper name for this plant should be 'Dragon Eye,' which they later corrected to 'Dragon's Eye' because it does not seem to have been described anywhere prior to 1959 and there is a long-known Pinus densiflora also named, 'Oculus Draconis.' The International Code of Botanical Nomenclature forbids duplicate cultivar names within a genus. 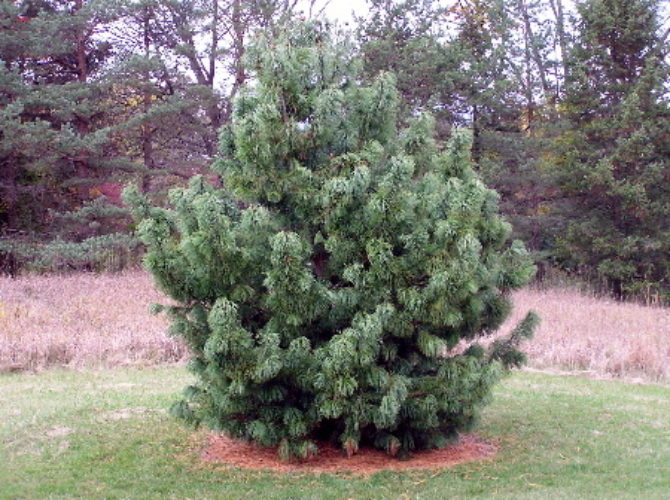 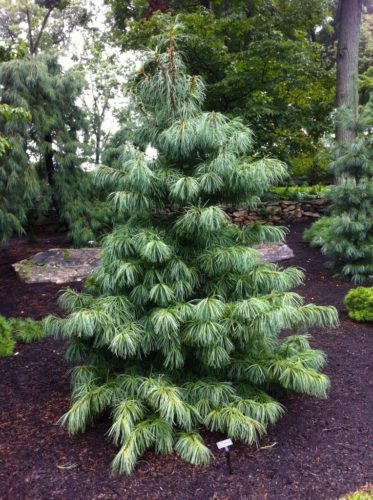 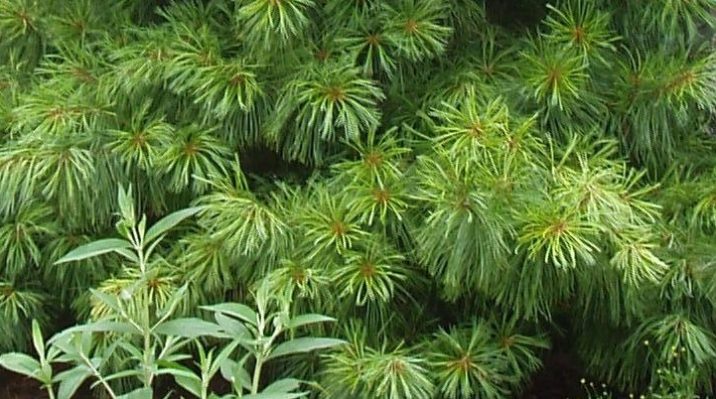 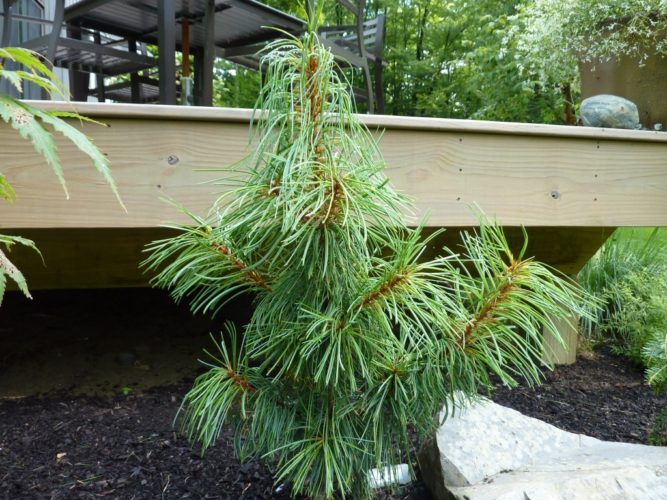 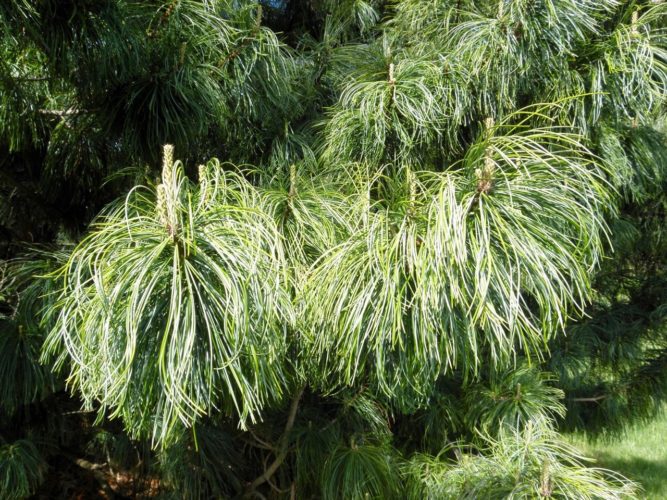