Pinus johannis, first described in 1978 by Marie-Françoise Robert, is commonly known as Johannis pine; as well as dwarf piñon; piñon, piñonero in the Spanish language. The species name honors Johann Passini, Marie Robert's fiance, whom she later married; she published subsequent papers first as M.-F. Robert-Passini and then as M.-F. Passini.

Pinus johannis is a recently described pinyon pine, discovered by Elbert L. Little in 1968 when comparing pinyons growing in Arizona with those of typical Mexican pinyon (Pinus cembroides) in Mexico; he described it as a variety of Mexican pinyon, Pinus cembroides var. bicolor, noting the very different stomatal placing on the leaves; it also differs in needle number, with 3–4 per fascicle, rather than 2–3; in the cones having thinner scales; and in having a denser, more rounded crown. It was later determined to be the only known dioecious pine, strengthening to claim for distinct species status.

Ethnobotany. The branches of this small piñon are occasionally used for firewood and the seeds are collected for food. With its very attractive Blue-green foliage, it is potentially a valuable slow-growing ornamental species for small gardens in arid areas, but it is scarcely in cultivation yet.

Description. Johannis pine is a shrubby, evergreen conifers species of tree that grows to mature heights of 6 to 10 feet (2 - 3 m), most-commonly multi-stemmed, rarely with a single trunk. Crown is low, dense and rounded, spreading, with branches extending outward as much as 10 - 12 feet (3 - 4 m).

Distribution. This species is native to Mexico — scattered in the higher ranges of western Coahuila, Nuevo León and Zacatecas at elevations of 5,600 and 9,200 feet (1,700 - 2,800 m) above sea level. The type locality is only in a very limited area near the towns of Concepción del Oro and Mazapil, state of Zacatecas. More recently a number of small populations have been reported in western Coahuila and in the area between the towns of Miquihuana and Aramberri, Nuevo León. Jessy Perry describes the Concepción del Oro stand as occurring at 8.900 feet (2,700 m) on a steep slope of practically bare limestone, in the company of P. cembroides. The area has 12 to 16 inches (300 - 400 mm) annual precipitation and average annual temperature of 60°F (16°C). Frosts are common during December and January. 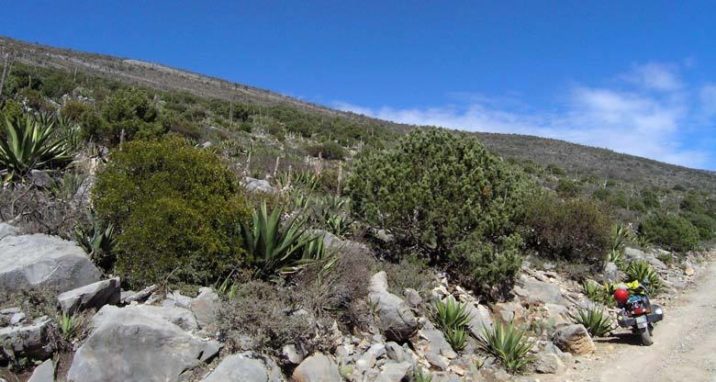 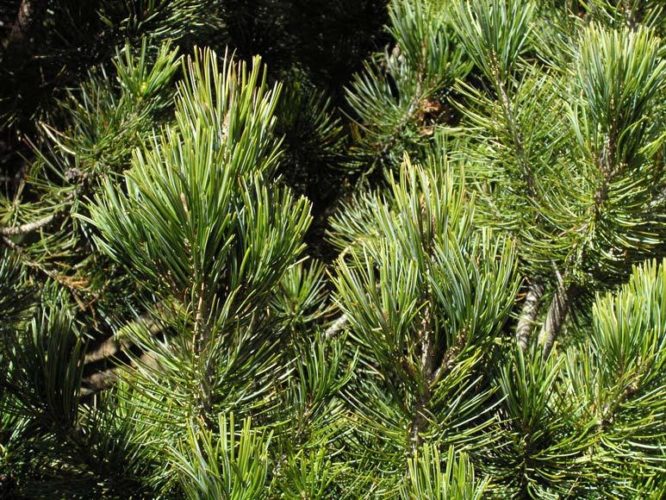 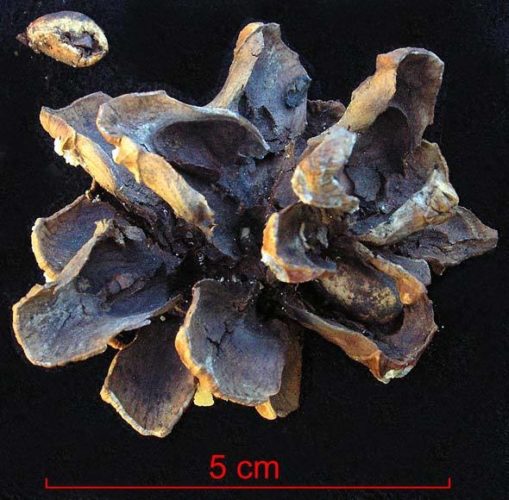 Contribute your photos to Pinus johannis