Pinus jefferyi, first described in 1853 by Robert Kaye Greville (1794–1866) and John Hutton Balfour (1808–1884) in Andrew Dickson Murray (1812–1878), is commonly know as Jeffrey pine as well as bull, western black, Truckee or sapwood pine. The species name honors Scottish gardener, John Jeffrey (1826 - 1854), who collected the type specimen in California's Shasta Valley, for the Oregon Botanical Association in Edinburgh, before he disappeared in Arizona.

Description. Jeffrey pine is an evergreen coniferous species of tree that grows to mature heights of 80 to 120 feet (24 - 39 m) tall with a straight trunk up to 24 to 48 inches (60 - 120 cm) in diameter, measured at breast height; and conic to rounded crown.

Distribution. This species is native to USA — southwestern Oregon, south through the Klamath Mountains and Sierra Nevada of California and far western Nevada, south into Mexico — northern Baja California Norte, growing at elevations of 6,500 to 11,000 feet (2,000 - 3,100 m) on dry mountain slopes. It is characteristic species of serpentine and other nutrient-poor soils, environments in which it grows slowly but out-competes other trees. 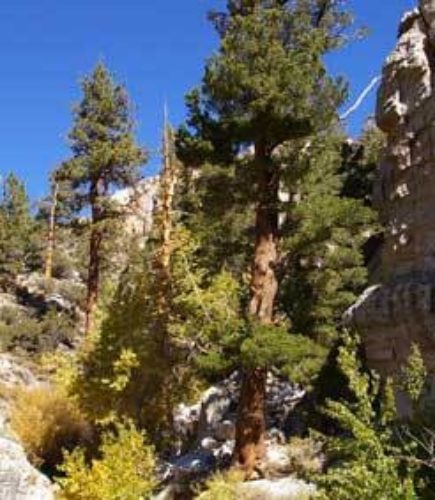 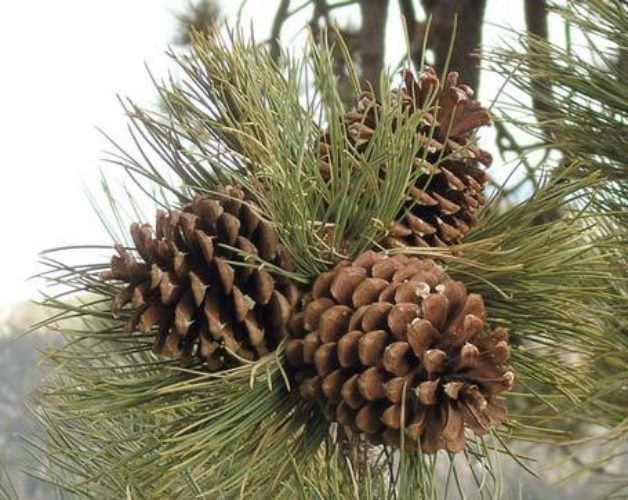 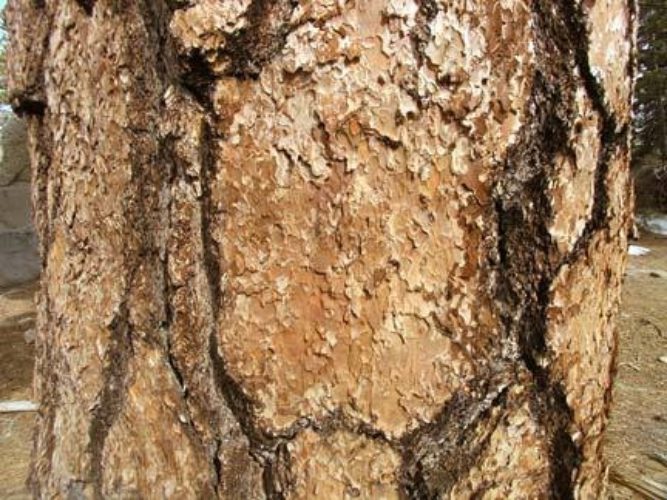 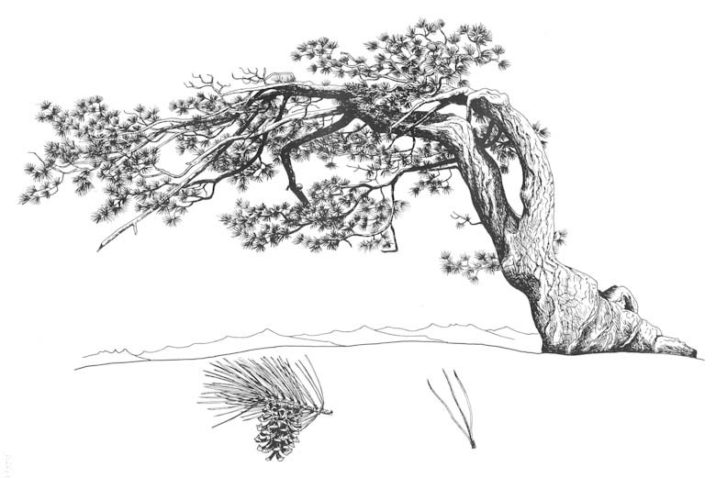 Contribute your photos to Pinus jeffreyi

I'm just a bit skeptical that Pinus Jeffreyi is only hardy to zone 8. It was stated (above) that it has been found on Baja, CA growing to near 11,000 feet. Even that far south, zone 8 could not possibly be found at 11K feet. That would be more like zone 5 or possibly even 4. Either it is not really growing there or the hardiness zone is incorrect.
Regards,
Fred M. Cain

Hi Fred, we at the ConiferBase editing room get the vast majority of our hardiness and distribution data from this book. However, you locked onto the importance of having an interactive feature to this database — that of individuals being able to convey their own personal experiences in dealing with these plants where they live.
Perhaps the authors of these references will take notice and edit their work.

Thank you conifereditor! I am definitely going to get this book. Hardiness zones can be somewhat confusing. I live in northeastern Indiana and was thinking about planting a Jeffrey pine. I looked at some online nurseries which gave the hardiness zone as anywhere from zone 8 all the way down to zone 4! One nursery in California stated that it was good in zones 1-4. Well, I knew that was wrong. But I'm thinking it might be good to zone 5. Since no one grows Pinus Jeffreyi around here, I guess the only thingI can do is try.

Uh, well, gee! I BIG P.S. on this one. I WANTED the book really bad but unfortunately, I check with Amazon and Abe Books and couldn't find one for under $300. So, I'm not sure I want one quite that bad.

Jeffrey Pine is hardy to at least USDA zone 6 or Sunset zone 2. I live in the far northern tip of Idaho in USDA zone 6a/5b (Sunset zone 2b) and have 3 Jeffrey Pines growing in my yard that I ordered from a nursery in California. All 3 Jeffrey Pines are growing extremely well and this is their 3rd year. Also planted one in Northwest Montana when I lived over there which is a USDA zone 5 and it also is still thriving according to the friends that now live in the house. Jeffrey pines are more hardy and faster growing than it's close cousin the Ponderosa Pine which is native where I live. Hope this helps out a bit.

I live in northeastern Indiana in zone 5b (Supposedly) and have four Jeffrey pines. They are now in their fourth season here and are doing quite well. The tallest of the four is now just a bit over six feet.

I'm glad they're drought resistant 'cause we are having a very dry summer here.