Pinus devoniana, first described in 1839 by John Lindley (1799–1865), is commonly known as Michoacán pine as well as pino lacio, tsihiréen, pino escobetón, ocote gretado, ocote macho and pino blanco in the Spanish language and Mexican dialects. The species name honors William Spencer Cavendish, sixth Duke of Devonshire (1790 - 1858), who had a great interest in gardening. One of the many synonyms for this pine is P. michoacana (Martínez 1944), which many authors consider a more appropriate name based on its origin versus politics.

Ethnobotany. The wood is of good quality, and is for joinery, furniture, boards, parquet, firewood; and pulp and resin production.

Description. Michoacán pine is an evergreen, coniferous species of tree that grows to mature heights of 65 to 100 feet (20 - 30 m) tall with a single erect trunk 32 to 40 inches (80 - 100 cm) in diameter, measured at breast height. The tree's crown is open, broadly pyramidal or domed and is formed by long, spreading or ascending first-order branches with sparse, spreading and ascending higher-order branches.

It can be distinguished from similar species, such as P. montezumae, by "its thick, shaggy branches, its long and stiff, lustrous green leaves with very long, dark, resinous fascicle sheaths, and the very large, thick woody cones.

P. devoniana is found growing at altitudes of 3,000 to 7,500 feet (900 - 2,500 m) above sea in areas with a warm-temperate to subtropical climate and precipitation of 40 to 60 inches (1,000 - 1,500 mm) per year with a November to May dry season. It occurs on a wide variety of soils. Its principal habitat is open pine-oak forest; fire is relatively common in these settings and P. devoniana has a number of adaptations for fire, such as a juvenile "grass stage" similar to that of P. palustris of the SE United States. 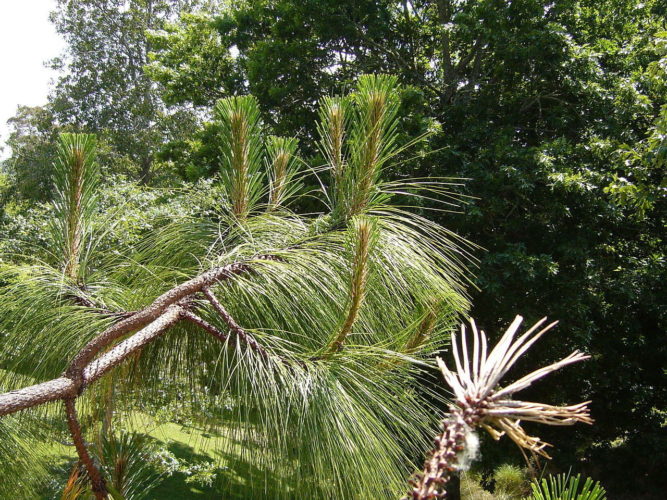 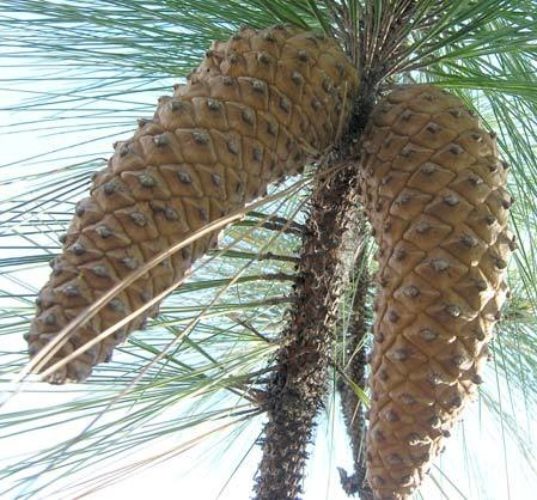 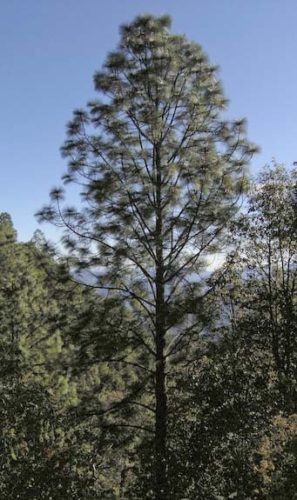 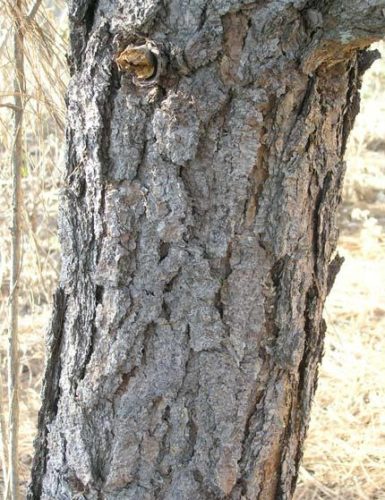 Contribute your photos to Pinus devoniana