Pinus densiflora 'Oculus Draconis' is a small, flat-topped, upright tree-form of Japanese red pine with species-typical branching and long, variegated needles, each having 2 bands of yellow alternating with the typical green. When viewed from the terminal bud, the effect is said to resemble the eye of a dragon. The dragon-eye pine is said to burn from winter sun and icy winds in the midwest, while the variegation is much less evident in plants grown in the northwest regions of the United States.

This cultivar originated in Japan centuries ago. German botanist and collector, Heinrich Mayr first described it in 1890 through observation of plants he saw in Japan. In Japan, this conifer is known by the cultivar name, 'Jano me.' Based on the rules of nomenclature, this is the name that should be used. However, since 'Oculus Draconis' is so prevalent in the nursery trade, this is unlikely to ever change. In the Latin language, "oculus draconis" literally means, "eye of the dragon." 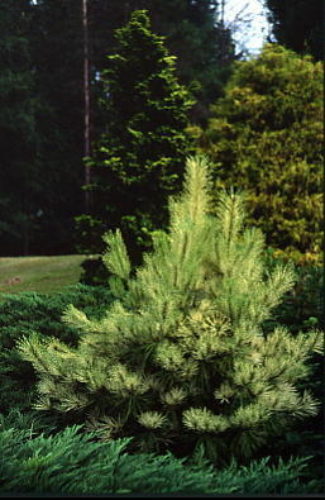 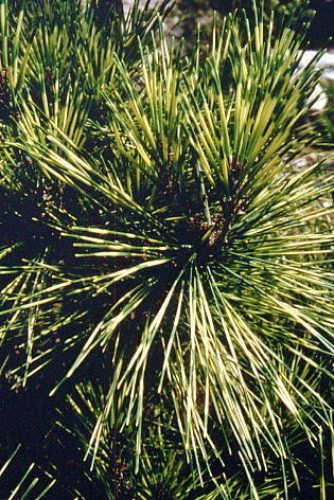 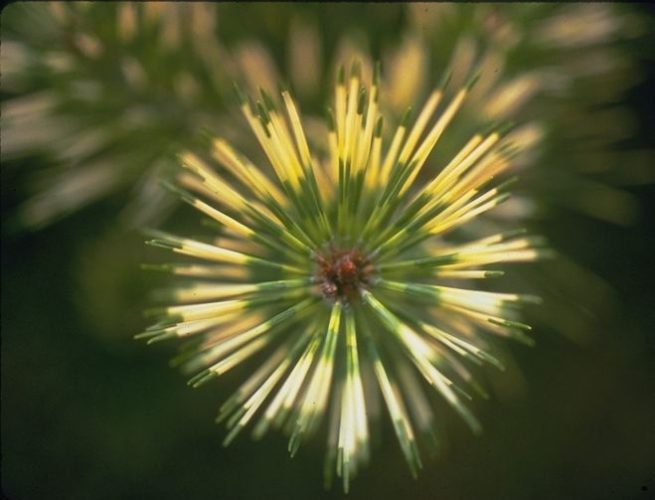 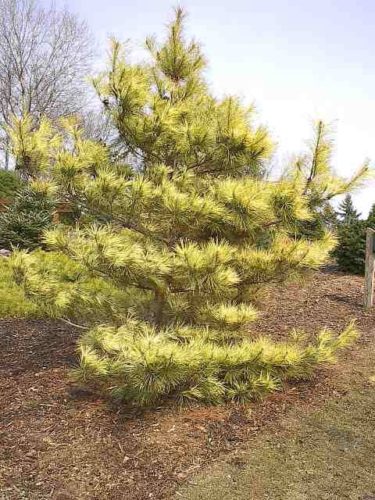 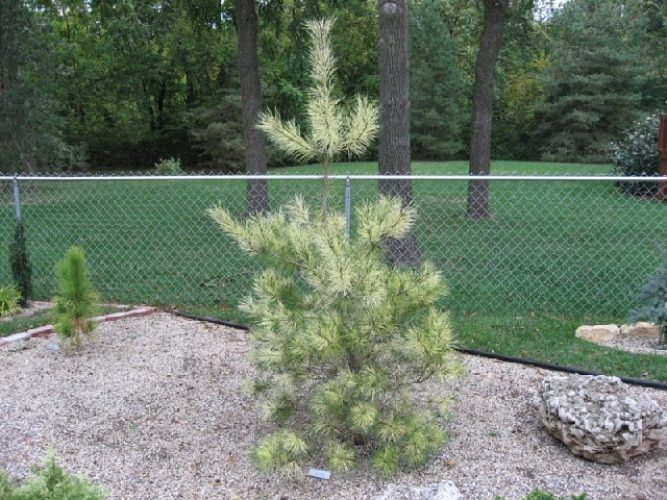 Love these trees! Where can I buy one? I live in Raleigh, NC. Thank you!

Hi Beth there are some suggestions posted but the posters didn't select 'reply' so you wouldn't have gotten a notice. Check the site now for nursery ideas.

Probably your best shot at locating one of the in the Carolinas would be to check with Appeldoorn Landscape Nursery in Bostic. Not exactly around the corner from you but if anyone has this tree, it will be here.

Thank you both!! BethO