Pinus culminicola, first described in 1961 by John W. Andresen and John H. Beaman is commonly known as Potosí piñon pine or Plateau pinyon. The specific epithet is Latin for "peak dweller," as this species grows at the highest elevations of any pine in the pinyon group as well as highest humidity.

Ethnobotany. This is perhaps the only piñon with no history of aboriginal use, as it grows at formerly uninhabited altitudes. Like the other piñons, it has edible seeds and no doubt the microwave station staff on Cerro Potosí now collect them for local use on occasion. It may also receive some use as firewood. With its very attractive Blue-green foliage, it is potentially a valuable slow-growing ornamental species for small gardens in cool dry areas, but it is still very rare in cultivation.

Description. Potosí piñon pine is a shrubby evergreen coniferous species of tree that grows to mature heights of 3 to 15 feet (1 -5 m) tall, with trunks up to 6 to 10 inches (15 - 25 cm) diameter, growing multi-stemmed or very low-branched, with a low, dense, rounded crown. It often forms extensive mats up to several feet (m) thick and tens of feet (m) across ("matorral").

Distribution. This species is native to Mexico — the states of Coahuila and Nuevo León. It was first found in the summit area of Cerro Potosí in Nuevo León, 65 km west of Linares at 24.8729°N 100.2334°W. This is the most extensive-known population. Three or four small populations are also recorded on the high ridges about 50 km northwest of there on the Nuevo León-Coahuila border. It grows at elevations of 9,800 to 12,200 feet (2,965 - 3,700 m) above sea level on rocky and calcareous soils, the highest mean elevation of any pine. Since its current distribution includes only the highest elevations on summits within its range, it must be regarded as severely at risk of extinction due to global warming. Existing climate parameters are not well-known due to a lack of weather stations at these summits. Hardy to USDA Zone 7 — cold hardiness limit between 0° and 10°F (-17.7° and -12.2°C). 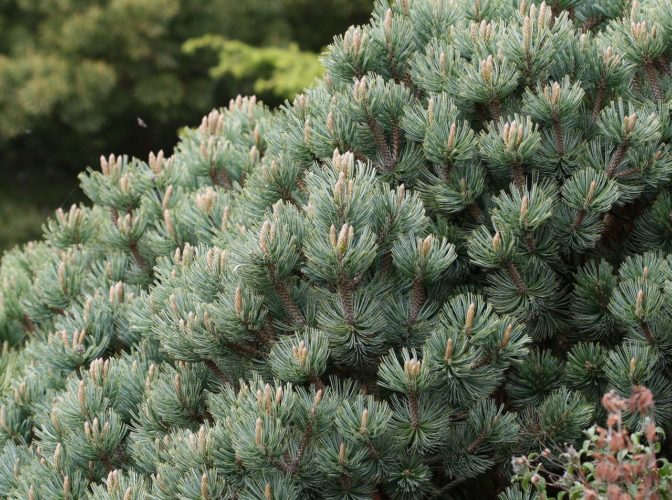 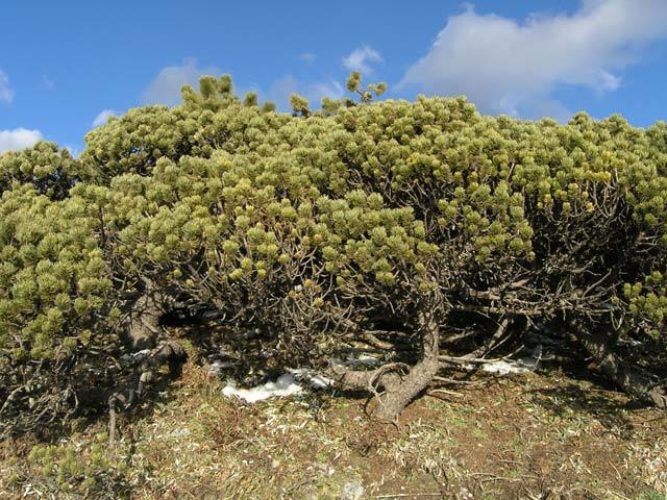 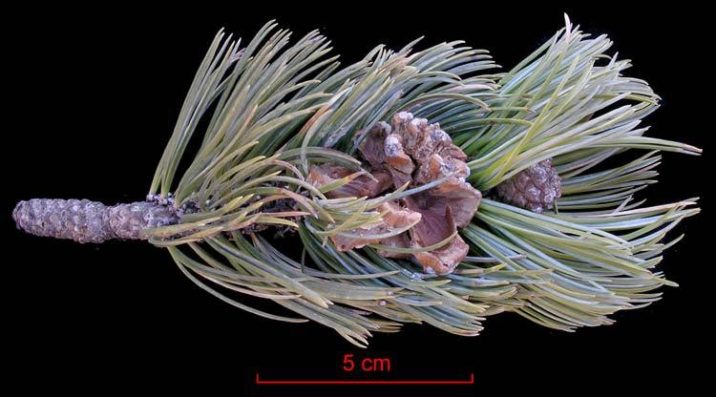 Contribute your photos to Pinus culminicola

This pine columinicola could replace mugo pine in the South and subtropics. That is if seed could be distributed.