Pinus brutia, first described in 1811 by Michele Tenore (1780–1861), is commonly known as Calabrian pine. Although "Calabrian" is the most-common English name, the species is not native there. In the Turkish language, it's known as Kızılçam, meaning "red pine" which may very well be the most common name for a pine in the world, applied to a host of different species. Other common names include Τραχεία πεύκη in the Greek language; Eldar şamı in Azerbaijani; and as Сосна пицундская in Russian.

The species was early introduced to the Italian province of Calabria, known in Roman times as Brutia, the origin of the species name.

Ethnobotany. Known as "pitys" to the ancient Greeks, this is the most important forest tree in the north-eastern Mediterranean area. A sap-sucking insect Marchalina hellenica produces large amounts of honey-dew, harvested by honeybees and sold as 'pine honey'. Pinus brutia was planted outside its native range in Greece from early times for this harvest.

Description. Calabrian pine is an evergreen species of tree which grows to mature heights of 90 to 115 feet (27 - 35 m), with a usually open crown of irregular branches.

Distribution. This species is native to Turkey and far eastern Greece, secondarily in the Crimea, Caucasus coast, Azerbaijan, Iran, Iraq, Syria, Lebanon, Crete and Cyprus; growing primarily near coasts, in areas with a strongly Mediterranean climate. It grows at elevations from sea level to 5,000 feet (0 - 1,525 m), lower in elevation that the other indigenous pines of the area. Hardy to USDA Zone 7 — cold hardiness limit between 0° and 10°F (-17.7° and -12.2°C). 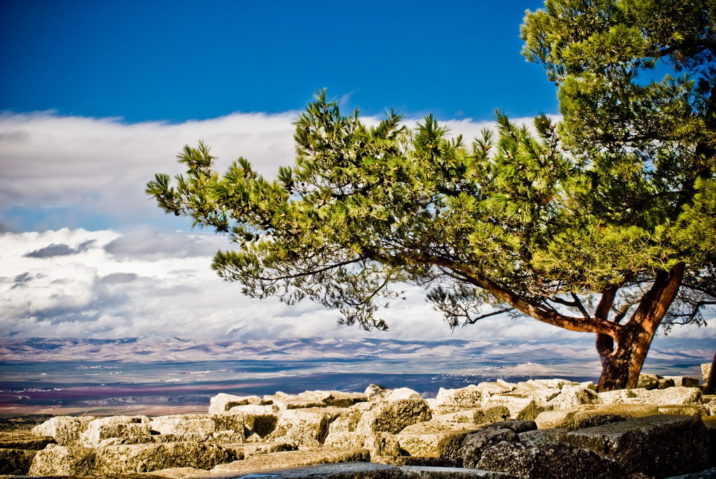 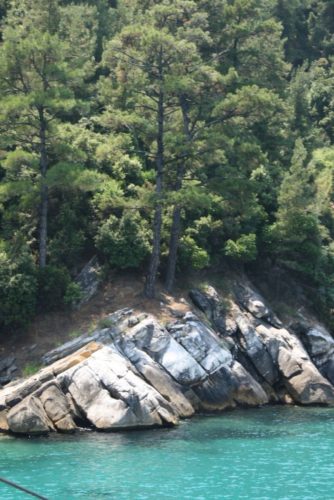 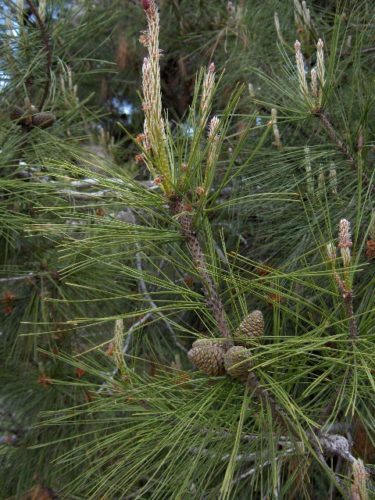 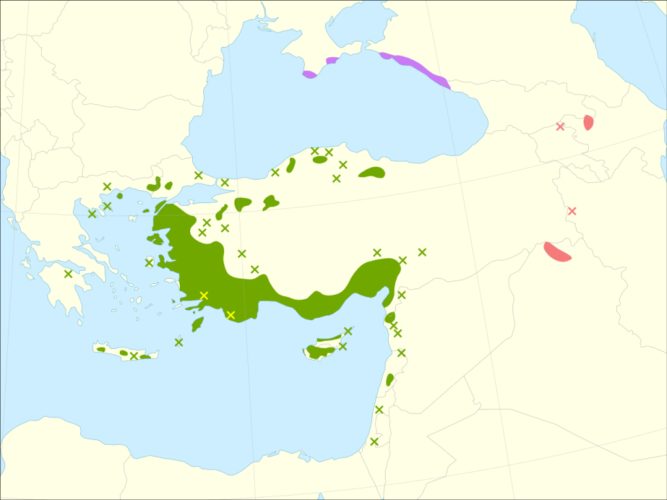 Contribute your photos to Pinus brutia