Pinus balfouriana, first described in1853 by Robert Kaye Greville (1794–1866) and John Hutton Balfour (1808–1884) ex Johan Andreas Murray (1740–1791), is commonly known as foxtail pine. The species name honors John Balfour, director of the Royal Botanical Garden at Edinburgh, who described it using the name given by the collector, John Jeffrey.

Ethnobotany. There is little to no evidence of use by indigenous people. Moreover, it has never achieved popularity in horticulture, and is quite rarely seen in botanical gardens. Its principal value to humans is thus aesthetic; the alpine groves of this ancient tree, juxtaposing its brick-red bark and vivid green foliage against Blue skies and the white Sierra granite, are exceptionally beautiful even in comparison with other timberline forests

Description. Foxtail pine is an evergreen coniferous species of tree that grows to mature heights of 70 feet (22 m) with an erect or leaning trunk up to 8.5 feet (2.6 m) in diameter, measured at breast height. The tree's crown is broadly conical to irregular.

"Pinus balfouriana is the true "foxtail pine." In leaf character it is hardly, if at all, distinguishable from P. longaeva, but its strongly conic-based cones with distinctly shorter-prickled, sunken-centered umbos at once distinguish it from that species"

One consequence of the open stand structure and barren substrates is that these stands generally do not carry fire. The principal causes of tree death appear to be lightning, avalanche and rockfall. Most large trees show evidence of at least one lightning strike, and they commonly retain a strip-bark growth habit as a legacy of this misfortune. Sometimes the lightning strike ignites the tree, and the tree may be consumed if the fire is not quenched. Regeneration is common in avalanche tracks, where saplings may show evidence of repeated breakage by avalanche. The tree often grows on steep slopes beneath mountain precipices, so it is also common to see trees that have been scarred or broken by rockfall. Occasionally a tree shows scarring due to woodpecker activity, but in general, evidence of both insect and fungal attack is rare, and these are probably minor causes of mortality. 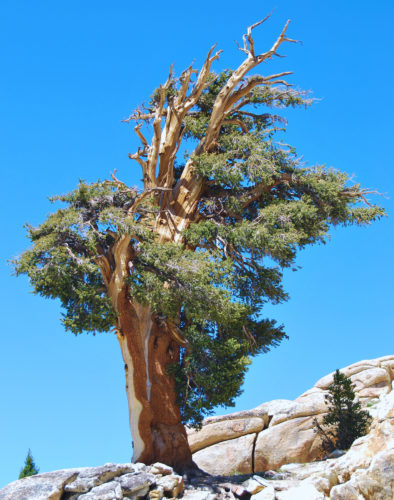 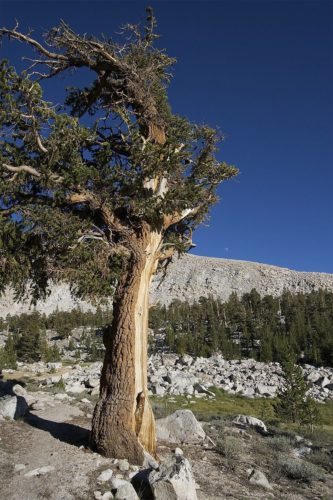 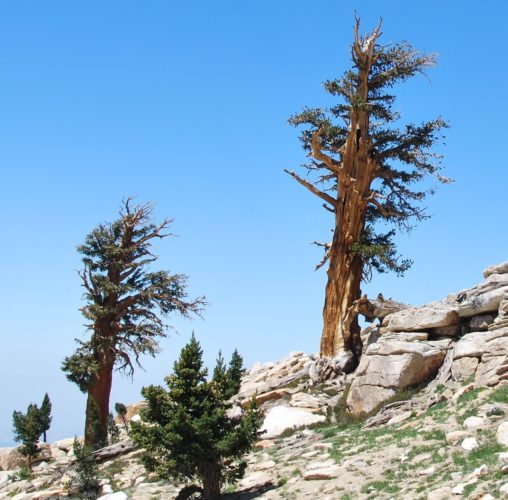 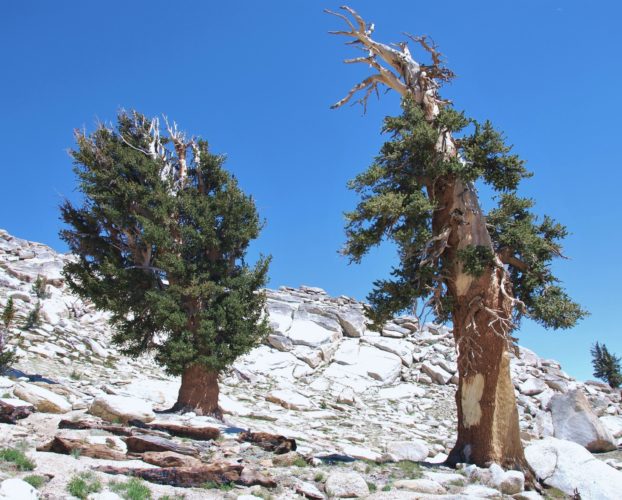 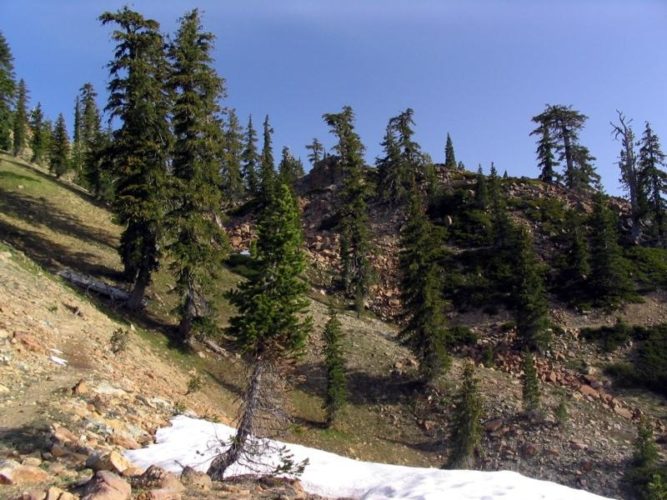 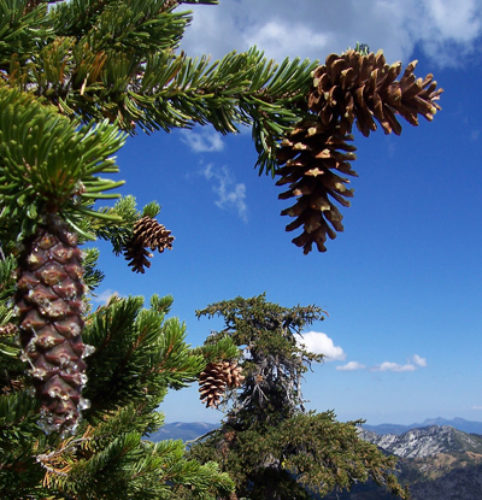 Contribute your photos to Pinus balfouriana