Picea jezoensis, as described in 1855 by Philipp Franz von Siebold (1796–1866) and Joseph Gerhard Zuccarini (1790–1848) in Traité Général des Conifères, by Elie-Abel Carrière (1818–1896), is commonly known as Yezo or Jezo spruce; as well as エゾマツ (ezo matsu) in the Japanese language; as 卵果鱼鳞云杉 (yu lin yunshan) in Chinese; and as Ель аянская (Yel' ayanskaya) in Russian. The species name is derived from another name for the Japanese island of Hokkaidō (Yezo).

There are 3 recognized subspecies which are distinguished based in differences in shoot color, needle length, and seed cones.

Ethnobotany. Yezo spruce is important in the Russian Far East and northern Japan, for timber and paper production. Much of what is cut is harvested unsustainably (and often illegally) from pristine natural forests. It is also occasionally planted as an ornamental tree in large gardens. The Ainu string instrument called tonkori has a body made from Yezo Spruce.

Description. Yezo spruce is an evergreen, coniferous species of tree that grows to mature heights of 120 feet (35 m) with a trunk up to 60 inches (100 cm) in diameter, measured at breast height.

The plant flowers in May to June and the cones ripen in September.

Distribution. This species is native to Japan — the southern Kuriles and Hokkaido; in China — Heilongjiang province; North Korea; and Russia — Ussuri, Sakhalin, the Kuriles, and central Kamchatka. In Japan, it is found growing in subalpine forests at elevations of 125 to 3,500 feet (40 - 1,000 m) above sea level; in Russia, it occurs north along the Sea of Okhotsk coast to Magadan as "an ecological counterpart of Sitka spruce." 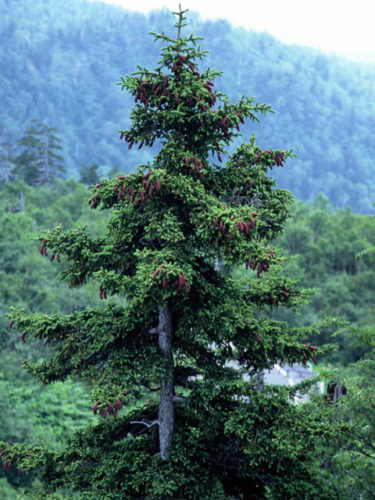 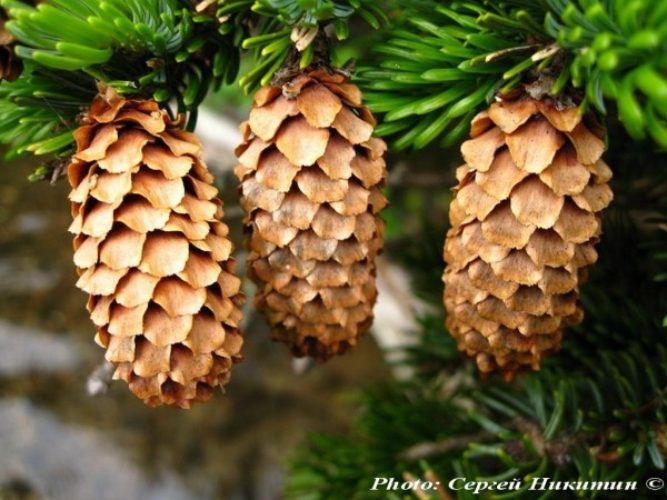 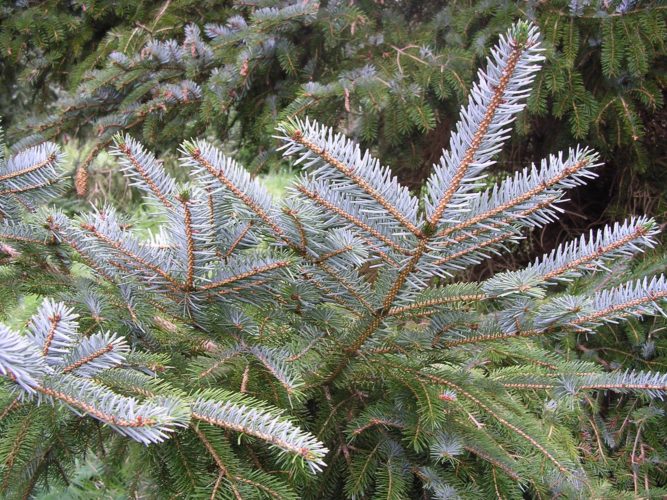 Contribute your photos to Picea jezoensis

Is there anyone with a seedling or seeds for an EZO Spruce ? I am a Bosai artist and am trying to find one please.