Metasequoia glyptostroboides 'Ogon' is commonly known by the trade name Metasequoia glyptostroboides 'Gold Rush'. It is a fast-growing selection of dawn redwood with pleasing bright yellow feathery foliage that will turn tawny brown before being shed in the fall. This is a deciduous conifer. 'Ogon' will create a striking statement in the landscape with it's golden foliage and heavily buttressed trunk. A mature specimen will easily exceed 20 feet (7 m) tall after 10 years in the landscape. It should be noted that the foliage will burn in the full sun. Young trees that do not receive adequate irrigation are highly prone to sun damage.

This cultivar originated in 1974 in Japan as a seedling selected from a batch of X-ray irradiated seed by the New Oji Paper Company. The original tree was planted in 1977 at the Kameyama breeding station, Institute for Forest Tree Improvement, New Oji Paper Co., Ltd, Mie, Japan. This plant has a very long and confusing saga pertaining to its proper nomenclature. Its original Japanese name was 'Ogon' which translates to "gold bullion" or "gold coin". With this definition, the name 'Ogon' is the valid cultivar name.

In 1993, Pieter Zwijnenburg Jr., Boskoop, The Netherlands got the first propagation material directly from Japan and renamed it 'Goldrush' and began distributing it under that name in 1997. Around that same time, Larry Stanley & Sons nursery, Boring Oregon received it and starting distributing it under the name 'Gold Rush,' which to this day is the most commonly seen misspelling.

In 1995, New Oji Paper Company applied for a U.S. patent for this tree under the name, 'Golden Oji.' As it became aware that the plant was already circulating with a couple of different cultivar names, the patent was soon withdrawn. It is also occasionally seen listed as 'Golden Mantle.' Regardless, since 'Ogon' is the original recorded cultivar name that is the only one considered valid.

'Ogon' was one of two plants selected in 2006, the inaugural year of the highly popular ACS Collectors' Conifer of the Year Program. 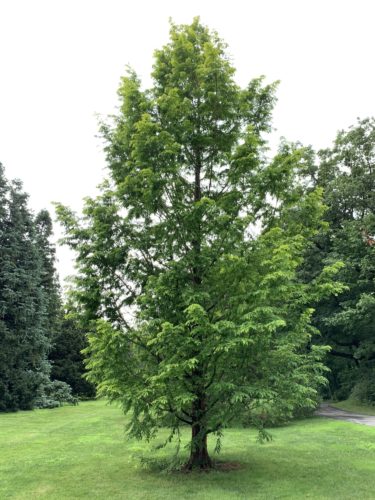 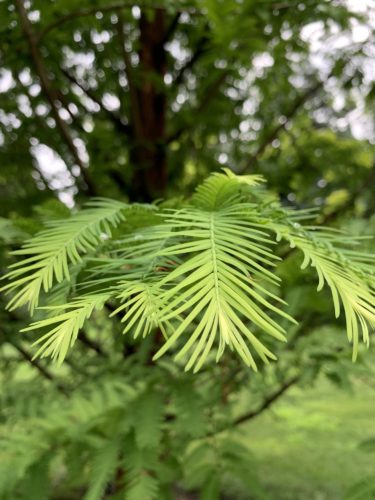 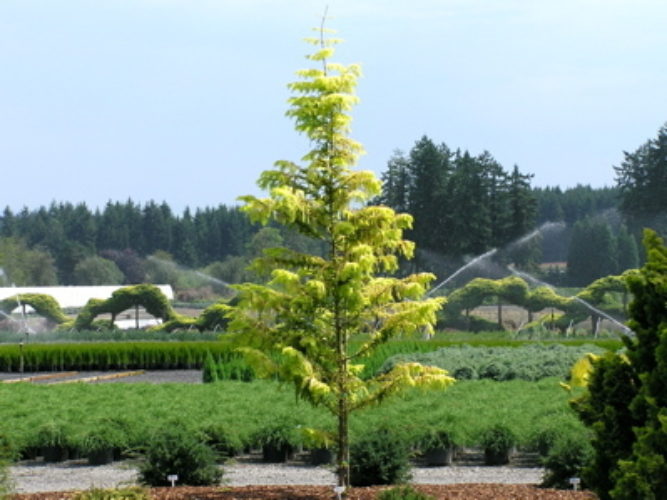 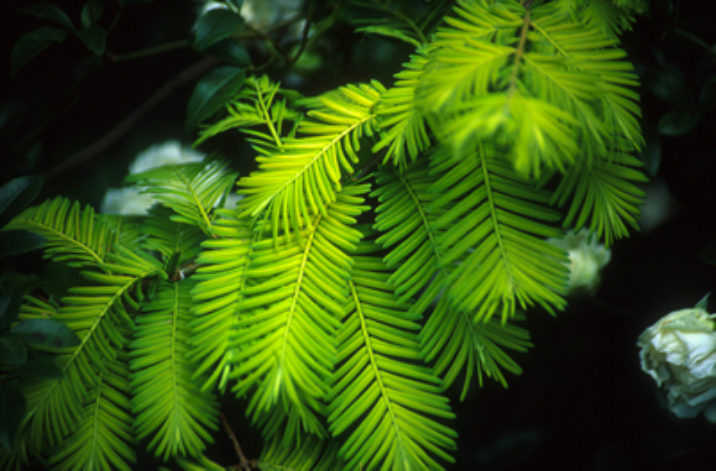 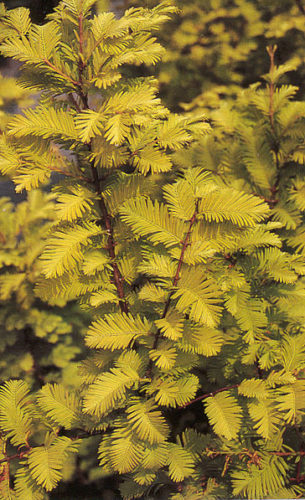 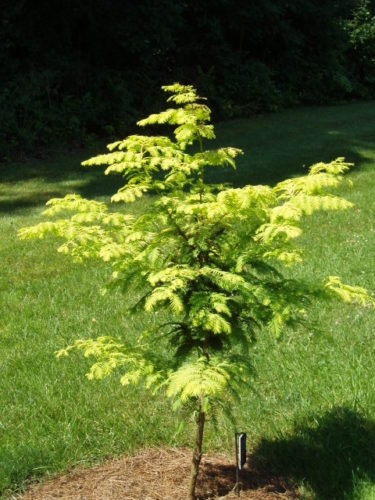 Hi,
I recently bought the cultivar of dawn redwood ' called 'Amber Glow' to plant in my backyard. I still did not plant. I am concerned about the height of the tree. Some say it grows 100+ ft but some say, because its a cultivar and not the straight species it tops 35-40 ft max. Which one is correct? I am planning to plant it about 40-50 ft away from my house. Can you please confirm the right height and weight. I do understand they depend a lot on the soil, location, water etc. but assuming the best possible atmosphere, how tall would it grow? This is for zone 6b.

Hello ... no tree will grow to a specific height and stop. They will grow at a similar rate for many decades, then maybe start slowing down. In the case of the golden dawn redwoods, they'll grow a foot or more every year for a very long time. It'll take about 30 years for it to get that tall, but rest assured, it won't magically stop there.

Hi guys. Please read my narratives (and see my photos) on Dave’s Garden, for the regular species and for Ogon. Those narratives should answer most any question you have. A special note: nobody really knows it’s ultimate height potential because the Ogon has not existed long enough to reveal it; but, in Tennessee, USA, it is giving every indication that it may be equal in size as the normal species.

Hi Randy, a link would be nice. I just look above, there don't appear to be any unanswered questions, unless your account is radically different.

Hello, I have two Metasequoia glyptostroboides 'Ogon' that I found abandoned. They look very healthy, but the main branch died and new branches are growing from the stump. I saw a video that says that conifers wont grow from their stump but these two Gold rush are showing otherwise. Is it a good idea to plant them and expect them to grow as a full tree? or Is it true that they will stay short as a bush and eventually will die? Thanks for your advice

Would anybody be able describe the root system and ideal spacing for this tree? I am planning on planting a Gold Rush near a patio (15 ft away), however i don't want the roots to cause damage in the future. Is 15 ft far away enough?

Any insight on the root system and recommendations on safe spacing would be appreciated.

I can only speak about the root system of Metasequoia glyptostroboides ( not the cultivar) in Pennsylvania. In time the roots have grown along the surface and are a problem in the lawn ( especially near the trunk) This cultivar may be a little smaller but is still considered a large conifer ( per ACS database) and the roots could become a problem for your patio over time. As was mentioned above trees do not stop growing at a specific height and roots depending on the location and soil type could / will grow much wider the drip line of the tree.
A beautiful conifer for sure!

can someone confirm if this tree can be grown from seed? I though it cound only be propagated by grafting.Thank you,