Description. Siberian larch is a deciduous, coniferous species of tree that grows to heights of 80 to 200 feet (20 – 50 m) tall, with a trunk up to 40 inches (1 m) in diameter, measured at breast height. The crown is conic when young, becoming broad with age. The main branches are level to upswept, with the side branches often pendulous.

Distribution. This species is native to Russia, Siberia where it is found at up to 74°N on the Taymyr Peninsula. In Siberia it is said to occur as small groups mixed with other trees rather than as pure forest. It has been planted for timber production in Finland and Sweden and is known for good, rot-resistant wood. 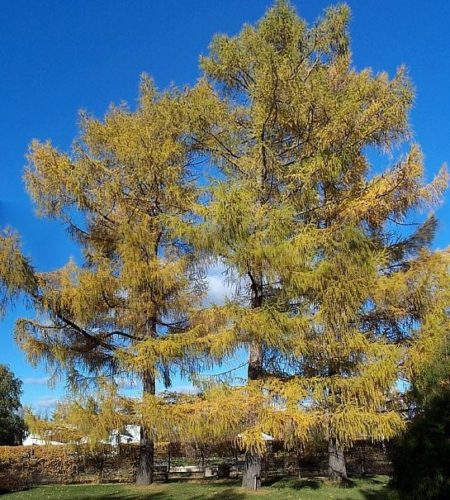 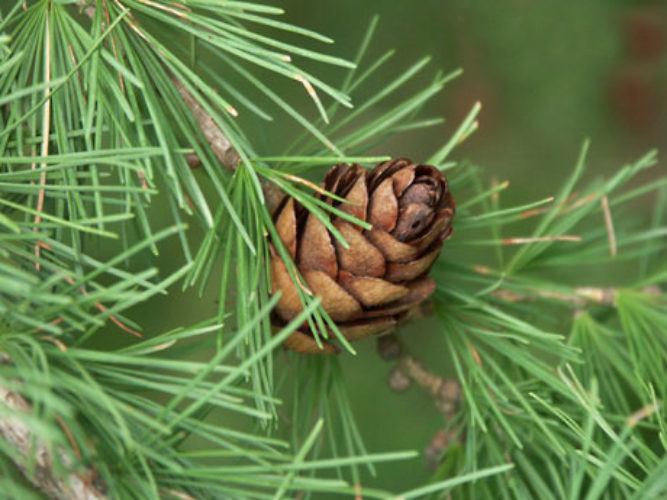 Contribute your photos to Larix sibirica

There is a mention on one of the more obscure sites I use for research purposes. The listed name is simply 'Graupa', said to have been named by an un-named German person for a plant seen in a botanic garden in Yakutsk Russia.

Google also talks about a Graupa Forestry Research Center in Saxony, Germany. They've been doing some work with Larix in forestry trials. It's possible that this is one their experimental trees. How Joe got his hands on it may remain a mystery for a long time.

Hey Bill. I planted many Siberian Larch on my property in South Central Alaska about 20 years ago. The forestry department was selling saplings 5 for a dollar and I got 25. It was part of their Fire Wise program. Put them in pots for a couple years till they beefed up then put them in the ground with tomato cages around them to help them not get trampled/eaten by wildlife. They're really sturdy trees and can tolerate severe cold and aren't picky at all. I thought I lost half of them due to moose constantly eating them but even though they munched them down, much to my surprise they all survived and are a good 20 feet tall despite the damage. The ones that didn't get so chomped in the beginning are much taller but the damaged ones look like they'll soon be catching up. I trimmed them up so they have one main top. At some point in their age the moose leave them alone. Thinking they're not tasty anymore. The same thing happened with my lilacs. Now the moose take a couple bites of the lilacs but they don't ravage them like they did when they were juveniles. What questions did you have about them?