Larix × marschlinsii, first described in 1917 by Johann Coaz (1822–1918), is commonly known as Dunkeld larch. It is a hybrid of European larch (L. decidua) and Japanese larch (L. kaempferi) that occurs spontaneously when the two species are planted in close proximity. This cross is also widely created on a commercial basis because Dunkeld larch presents probably the best example of heterosis — hybrid vigor in trees, defined as robust health and fast growth with no decline in the strength or durability of the wood.

These hybrids were first found growing in Scotland, on the grounds of the Dunkeld Estate and Cathedral, in Perthshire around the year 1900. You can read a brief history of this process at this link. The resulting plants were originally called Larix × eurolepis, a combination of the two archaic species names, L. europaea and L. leptolepis.

At nearly the same time, the Tscharnerholz Forest Nursery of Morat Switzerland was working on synthetically producing hybrid larches, also with the goal in mind of creating superior timber trees. Their resulting trees were given the name Larix × marshlinsii, named in honor of Marschlin's castle which is in the vicinity. At the time, this hybrid was thought to be a hybrid of L. kaempferi and L. siberica.

Over time through study of the resulting plants, and the fact that, at the time, Tscharnerholz Nursery was also working with L. decidua, nearly all botanical authors are now convinced that the hybrids are one in the same with Japanese larch always acting as seed parent with the pollen coming from the European larch. It is noteworthy that the hybridization applied in reversed, i.e. using kaempferi as the pollen parent and decidua as the seed parent results in far less success.

Since the hybridization in Switzerland took place around a year prior to the discovery of the plants in Scotland, the species name Larix × marschlinsii has been universally accepted.

Description. Dunkeld larch is a deciduous, coniferous species of tree that grows to mature heights of 120 feet (38 m) or more with trunks growing to 4 feet (1 m) in width, measured at breast height. In general, the trees resemble their parent species or demonstrate intermediacy. 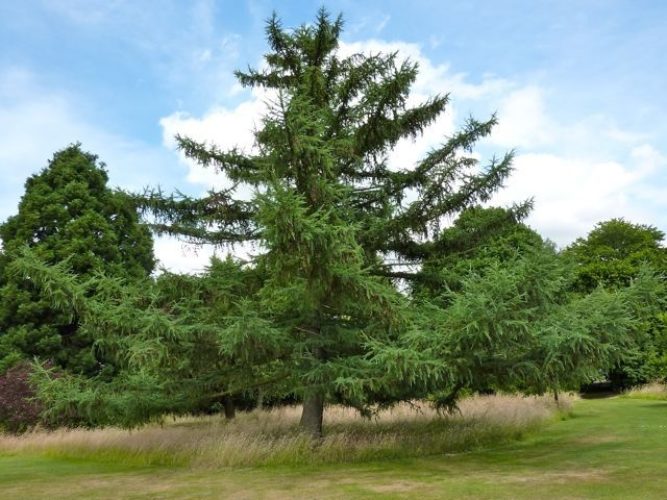 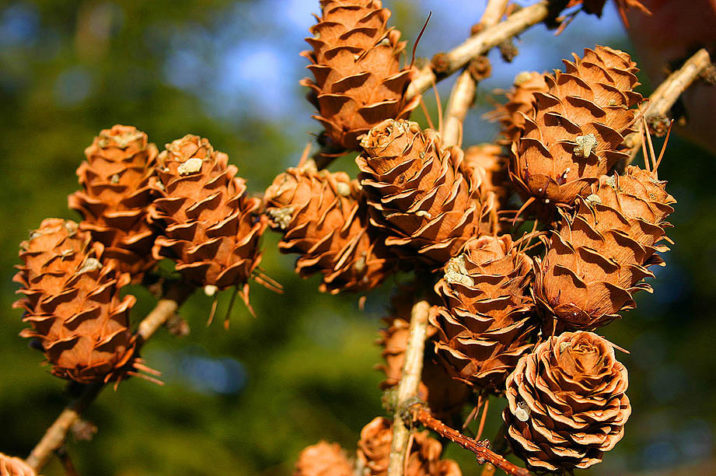 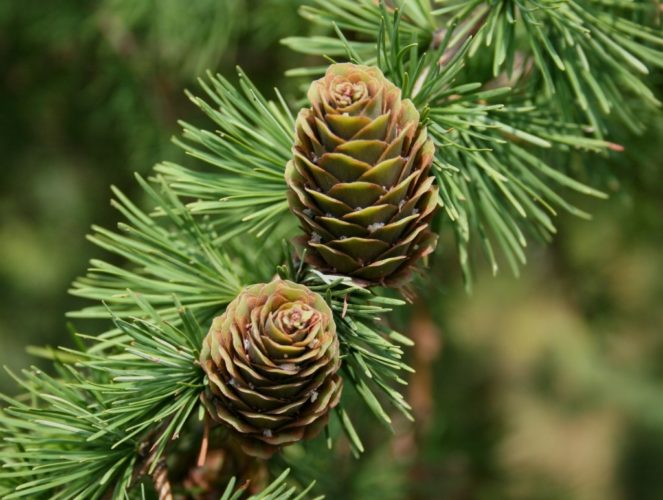 Contribute your photos to Larix × marschlinsii