Larix gmelinii, first described in 1920 by (Ruprecht) Olga Iakinfovna Kuzaneva (1887 - 1978) is commonly known as Dahurian larch; as well as Лиственница Гмелина in the Russian language; as 落叶松 (luo ye song) in Chinese; as グイマツ (Gui-natsu) in Japanese; and as 잎갈나무 in Korean.

The scientific name honors Johann Georg Gmelin (1709-1755), a German naturalist, botanist and geographer who traveled throughout the tree's native range in the 1730s and later published a multi-volume work, Flora Sibirica. Due to the species' variability, it has acquired numerous synonyms in the botanical literature, including L. cajanderi, L. dahurica, L. kamtschatica, L. komarovii, L. kurilensis, L. lubarskii, L. ochotensis.

There are four recognized specific varieties based on geography and differences in seeds and fresh shoots:

L. gmelinii intergrades with the closely related Siberian Larch (L. sibirica) of central and western Siberia where their ranges meet along the Yenisei Valley; the resulting hybrid is named Larix × czekanowskii.

Description. Dahurian larch is a medium-sized deciduous coniferous tree reaching 30 to 100 feet (10 - 30 m) tall, rarely to 120 feet (40 m), with a trunk up to 3 feet (1 m) diameter, measured at breast height. The crown is broadly conic, with level main branches and the side branches; the side branches rarely droop.

Distribution. This species is native to eastern Siberia and adjacent northeastern Mongolia, northeastern China's (Heilongjiang) and North Korea. It forms enormous forests in the eastern Siberian taiga, growing at elevations of 150 to 3,600 feet (50 - 1,200 m) above sea level on both boggy and well-drained soils, including on the shallow soils above permafrost.

This plant is unique in two respects, the first being the northernmost tree in the world, reaching the geologic point, 73°04'32" N and 102°00'00" E, growing as creeping forms among the trees in the tundra of Russia's Taymyr peninsula. When reaching 72°56' N, 106°08' E they appear as comparatively vertical-growing, single trees. At 72°31' N 105°03' E at Lukunsky grove and at 72°28' N 102°15' E at Ary-Mas, both located in the Khatanga river basin on Siberia's Taymyr Peninsula, one will find sparse sub-tundra forests. Secondly it is the most cold-hardy tree in the world, tolerating temperatures below -94ºF (-70 °C) in the Oymyakon–Verkhoyansk region of Yakutia, Russia. One tree in Yakutia was recorded as being 919 years old.

Dahurian larch is occasionally grown in botanical gardens in Europe and North America. However, it is not an easy tree to grow in areas with mild winters as it is adapted to a long period of winter rest. For example, the warm winter weather in Britain can tempt it into leaf as early as the start of January, with the tender young leaves then being killed by the next frost. In its native region, daily minimum temperatures above freezing do not occur until late May or June, with no further frost until the brief summer is over. 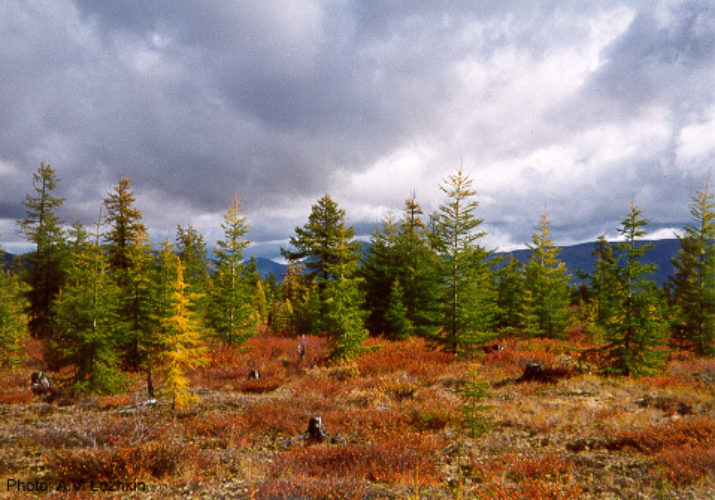 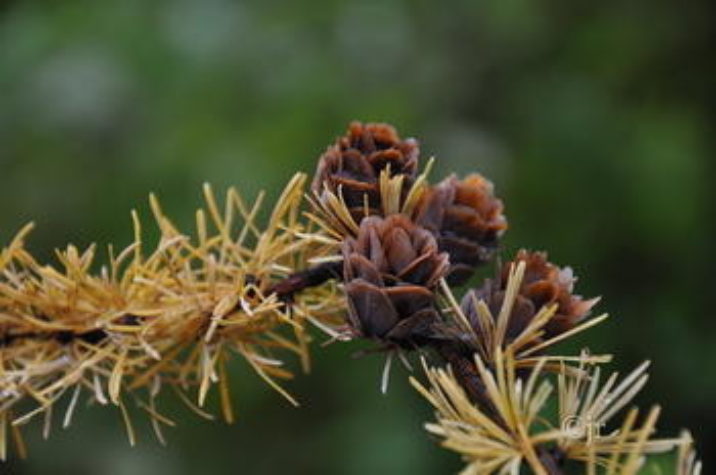 Contribute your photos to Larix gmelinii

Found the tree mentioned on page 23 of the fiction novel The Three Body Problem by Cixin Lou. Learning about the climate this tree can endure us fascination and given this knowledge I can better understand the main character’s environment and locale - Greater Khingan Mts.

Do any aniamls eat the Larix gmelinii

definitely! If there's a plant, there's a corresponding animal that has evolved to eat it. Larch are not being generally toxic, making the odds that much higher.

I'm doing a biology project on this tree as a part of the Taiga biome. Can anyone tell me what sort of adaptations or evolution it has gone through to survive so well in its climate?