Juniperus scopulorum (Rocky Mountain juniper) is a species of juniper native to western North America, in Canada in British Columbia and southwest Alberta, in the United States from Washington east to North Dakota, south to Arizona and also locally western Texas, and northernmost Mexico from Sonora east to Coahuila. It grows at altitudes of 500-2,700 m on dry soils, often together with other juniper species.

It is a small tree reaching 1.5-4.5 m (rarely to 6 m) tall, with a trunk up to 300 mm (rarely 600 mm) diameter. The shoots are slender, 0.7-1.2 mm diameter. The leaves are arranged in opposite decussate pairs, or occasionally in whorls of three; the adult leaves are scale-like, 1-2 mm long (to 5 mm on lead shoots) and 1-1.5 mm broad. The juvenile leaves (on young seedlings only) are needle-like, 5-10 mm long. The seed cones are berry-like, globose to bilobed, 6-9 mm in diameter, dark Blue with a pale Blue-white waxy bloom, and contain two seeds (rarely one or three); they are mature in about 18 months. The pollen cones are 2-4 mm long, and shed their pollen in early spring. It is dioecious, producing cones of only one sex on each tree.

One particular individual, the Jardine juniper in Utah, is thought to be over 1500 years old, while a dead trunk found in New Mexico was found to have 1,888 rings; older trees in the same area are suspected to exceed 2,000 years.

It is closely related to Juniperus virginiana, and often hybridizes with it where their ranges meet on the Great Plains. Hybrids with Juniperus horizontalis and Juniperus osteosperma also occur.

Isolated populations of junipers occurs close to sea level in the Puget Sound area in Washington Park near Anacortes and southwestern British Columbia in a park called Smugglers Cove. In both locales, there are a considerable number of young and old specimens. Previously included in J. scopulorum, it has recently been shown to be genetically distinct, and has been described as a new species Juniperus maritima. It is a cryptic species barely distinguishable on morphology, though it does differ in phenology, with the cones maturing in 14–16 months, and often has the tips of the seeds exposed at the cone apex.

Some Plateau Indian tribes boiled an infusion from the leaves and inner bark to treat coughs and fevers. The berries were also sometimes boiled into a drink used as a laxative> and to treat colds.

The cultivar 'Skyrocket' is a very popular ornamental plant in gardens, grown for its very slender, strictly erect growth habit. Due to its disposition for a fungal disease, namely cedar apple rust, caused by Gymnosporangium juniperi-virginianae. 'Skyrocket' is more and more replaced by the new cultivar Juniperus virginiana 'Blue Arrow'. Several other cultivars are also grown to a lesser extent.

It is also a popular collected tree for bonsai in the US.

From Wikipedia, the free encyclopedia 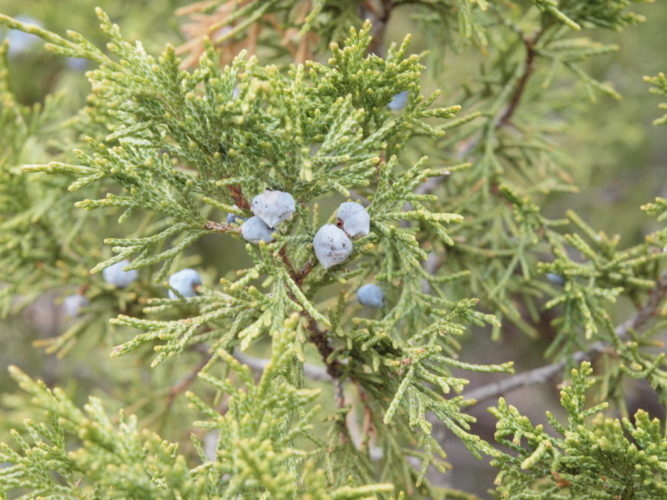 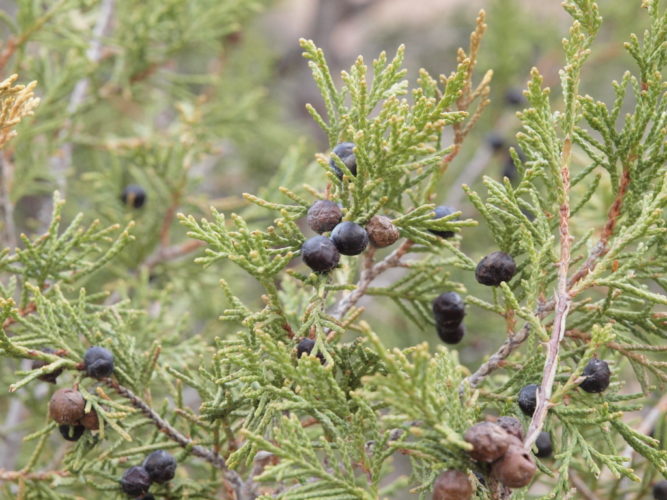 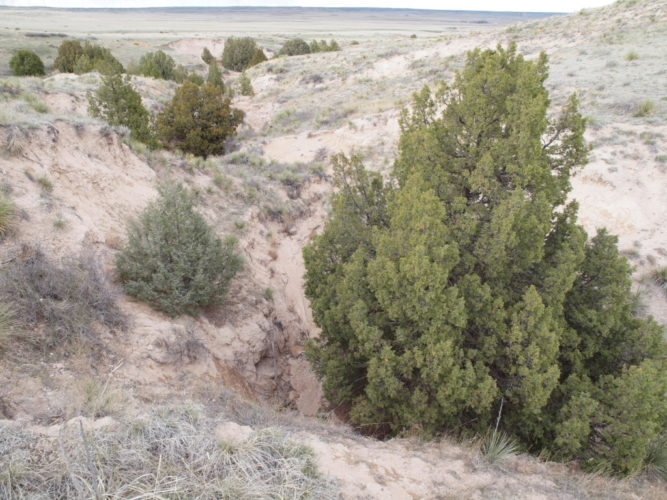 Contribute your photos to Juniperus scopulorum

Do you have any idea on where I can purchase 100 - 200 seedlings of Juniperus scopulorum / Rocky Mountain juniper? I've looked online but can only find seeds or larger trees.

No idea. I recommend searching for a tree seedling production nursery in the parts of the country where this one's native. If that fails, you may need to find a native stand and dig your own (with permission, of course).

What are you paying? Where do you live?

How do I propagate Rocky Mountain juniper from seed?