Cupressus vietnamensis, first described by Elijos Farjon and T.H. Nguyèn in 2002 is commonly known as Golden Vietnam cypress. It was assigned, along with a species then widely known as Chamaecyparis nootkatensis, to a new genus, Xanthocyparis, with X. vietnamensisas the type species. However, based on the molecular cladistic analysis presented by Mao et al. (2010), and on discussions with Farjon, Xanthocyparis is here reduced to a subgenus of Cupressus.

Description. Golden Vietnam cypress is a tree, 30 to 45 feet (10 - 15 m) tall, with a round, straight trunk. Bark is purplish to red-brown, smooth and thin on branches, exfoliating in thin flakes and strips; on the trunk of larger trees it is brown to gray-brown, soft and fibrous, exfoliating in numerous thin strips. Branches are long, spreading more or less horizontally; foliage branches are numerous, spreading mostly in plagiotropic overlapping sprays or slightly drooping, forming a pyramidal crown in young trees but a spreading, irregular or flat-topped crown in old trees (Farjon et al. 2002).

Distribution. This species is is endemic to Vietnam, being native only to the karst limestone mountains of the Hà Giang Province in northern Vietnam at elevations of 3,400 to 3,800 feet (1,060 - 1,180 m), growing in mixed angiosperm-conifer cloud forests. It must be noted that this is a critically endangered species. "Only a few semi-mature and coppiced trees survive... At a meeting of the World Conservation Union (IUCN) in Taiwan.. the Vietnamese scientists, backed up by Kew and Missouri scientists, will propose that its mountain habitat should be established as a conservation area. The Missouri Botanical Garden is currently working on cultivation and propagation techniques aimed at the long-term survival of this new conifer" (Kew 2002).

Excerpt from BBS News, Sunday, 25 November, 2001, 10:57 GMT by Alex Kirby [BBC News Online environment correspondent] An international team of scientists has found a new conifer in the forests of northern Vietnam. The tree, a new species in a new genus, has been named the Golden Vietnamese cypress. Its discoverers say it is a missing link between true and false cypresses.
But although it is new to science, the tree is already critically endangered, and only a few individuals exist. The team that discovered the tree included scientists from the Royal Botanic Gardens, Kew, UK; the Vietnamese Institute of Terrestrial Ecology in Hanoi; the Komarov Botanical Institute in St Petersburg, Russia; and the Missouri Botanical Garden, US. They were in the area to study the orchids of the Karst mountains of northern Vietnam.

Waiting for certainty The new cypress is a small tree with unusual foliage - the mature trees carry both needle leaves and a scale-like form, which are usually found only in juvenile individuals. The scientists made their discovery in October 1999, but waited till now to confirm it. Kew's conifer specialist, Aljos Farjon, told BBC News Online: "I was shown some slides of what they'd found, and I have to admit that at first I dismissed the possibility that it could be anything new. "Then I saw a specimen. But I decided I needed to see another before I could make up my mind. "The team went back to the area in February 2001 and brought back another specimen. "I was excited to realize what it was, both for the sake of the new species and because it starts answering a few funny questions. "The nearest relative of the new tree is the Nootka cypress of North America, itself a parent of Leyland's cypress, known to gardeners and loathed by many of them.
"Now we may be able to find out why the Leyland, although a hybrid, is sterile.

Slowdown hope "Because we now know the Nootka cypress is not exactly what we'd thought, we're having to give both it and the Leyland new scientific names. "The Leyland's new name is a bit shorter. Perhaps that will mean it stops growing so fast." The Golden Vietnamese cypress, Cupressus vietnamensis, is the first new conifer found since the Wollemi pine's discovery in Australia seven years ago. Before that, there had been no new conifers described since 1948. But C. vietnamensis is in trouble. It is naturally rare, found only on limestone ridges in a small area close to the Chinese border. The local people like to use its fragrant wood for building shrines and making coffins. Only a few semi-mature and coppiced trees exist. The golden cypress is the latest in a line of newly-discovered species in south-east Asia. 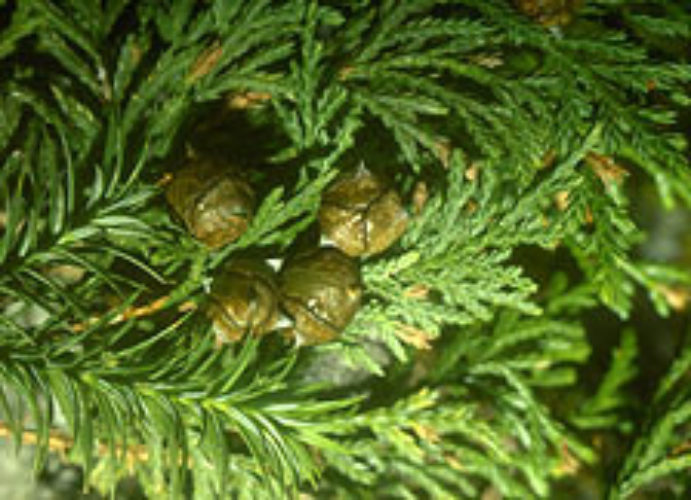 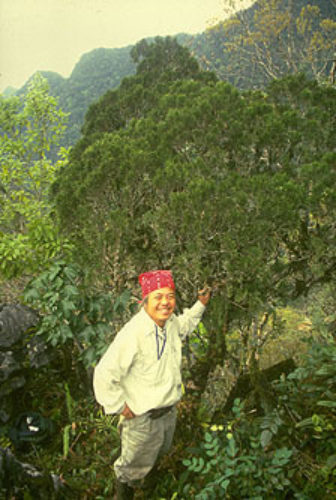 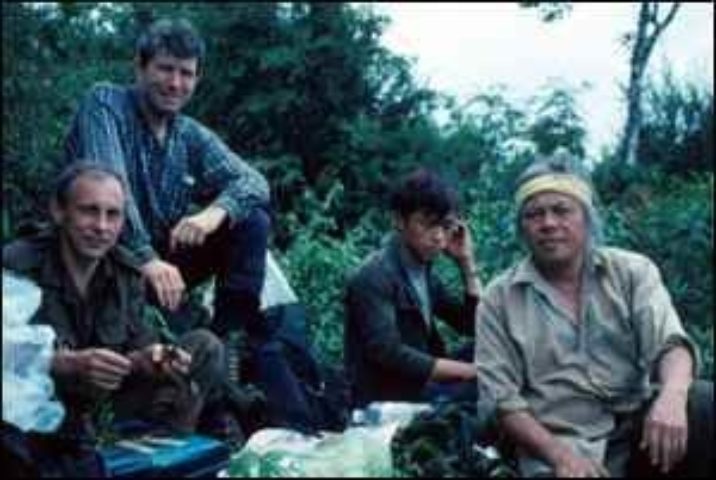 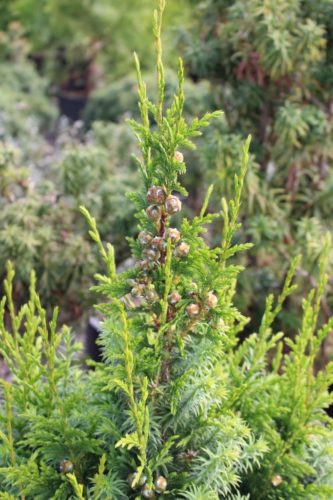 Contribute your photos to Cupressus vietnamensis

I was able to get this tree. I was wondering if anyone has grown this and if it likes acidic soil?

I've had one going for several years. Since it's native to "karst limestone mountains," that would imply that it likes alkaline soil.