Cupressus nootkatensis 'Pendula' is a full-sized, tree form of Nootka cypress with graceful pendulous branches that sweep upwards at the ends. Many forms of this tree are available from narrower to broader forms. When well sited, this cedar is fast growing and may easily add one or more feet (30 cm) in height and width per year.

Since this weeping cultivar is one of the most popular of Nootka cypresses, it bears repeating that is currently some dispute over its classification. It was first described in 1824 as Cupressus but in 1841 it was transferred to Chamaecyparis because of its flattened sprays of foliage. It remained there until the beginning of this century when genetic evidence strongly suggested that it should be returned to Cupressus. This cultivar was first introduced to the nursery trade in the early 1880s by A. van Leeuwen Nursery, Naarden, The Netherlands.

In 2002, however, the widely respected taxonomist from the RHS/Kew, Aljos Farjon, made a case that it be transferred to Xanthocyparis. This was based on the discovery of a new species in Vietnam, Xanthocyparis vietnamensis which had strong similarities to nootkatensis. This evidence hasn't been accepted by all authorities, let alone the nursery trade. Some arboretums are currently listing this species as a synonym for the new classification as Xanthocyparis. In the meantime, the Vietnamese cypress has since been redescribed in to Cupressus.

Therefore, the consumer is still likely to encounter this species (cultivar) under its older name, Chamaecyparis nootkatensis 'Pendula' as well as yellow cedar, Alaskan blue cedar and weeping blue cedar (when, in fact, it's not a cedar) as well as various weeping cypresses. It's a lovely tree and doesn't deserve this kind of abuse by quarreling taxonomists and plant pedants. 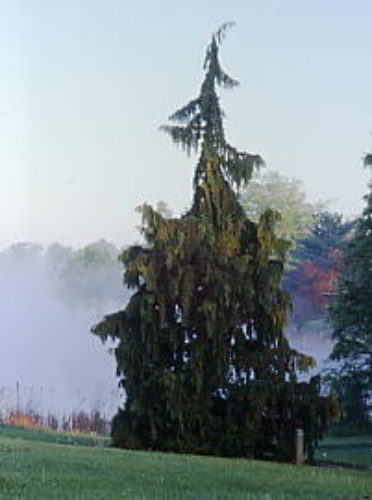 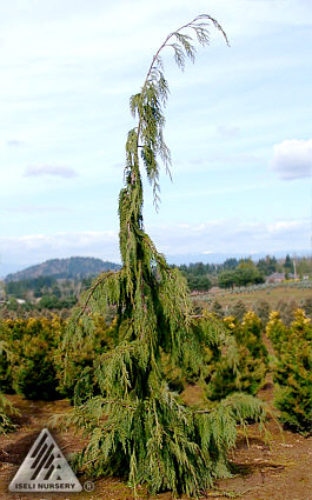 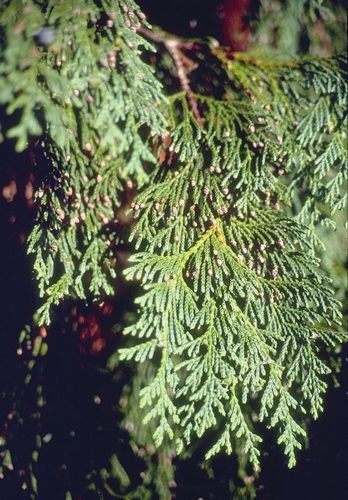 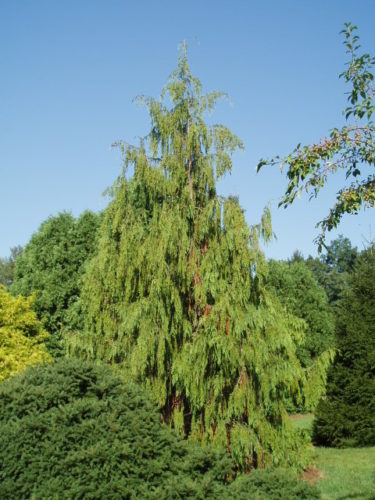 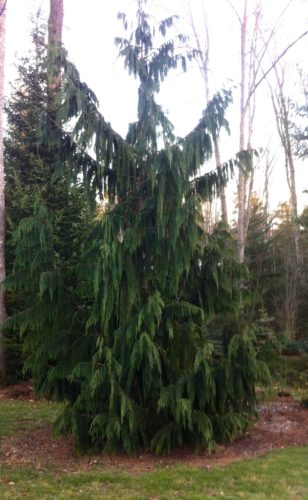 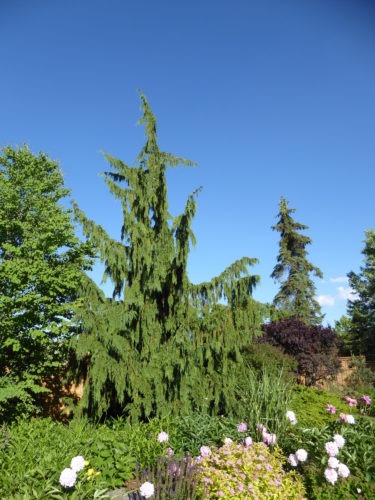 I have a 'Nootka' in my yard that I purchased from Bill Hendricks at Klyn Nursery. He named it 'Pendula Dense'. It has a tighter growth habit and doesn't share the same weep that the 'Pendula Weeping' has. It is an amazing blue green color and it truly makes a statement in my yard.

Hi Jack, there's an obscure named cultivar out there called 'Pendula Densa' — that's probably the one you have. For what it's worth, there are at least nine named cultivars out there that were named seedlings of 'Pendula'.

how difficult are these trees to transplant? I am moving and would like to take a tree with me that my mother and I planted about 10 years ago in northern Michigan zone 4.

not terribly difficult at all. In order to maximize success, it's recommended to root prune along the tree's drip line in spring and fall over a 2-year period. This will encourage the root system to bulk up and cause a lot less stress to the plant before you finally pop it out.

Such a beauty! I'm looking for a dwarf cultivar of this tree (about 8-20 ft) with a full body and weeping branches. Do you know if there is such a tree and if so, could you steer me in the right direction to find them? I would love to add such a tree to my front yard. Thank you!

Frances, these are all pretty big trees. There are other small weepers, though most of them are not quite this graceful. Try using our 'Advanced Search' feature (you'll find it on the home page on the left). Good luck!