[ Excerpt from Gardening with Conifers, Adrian Bloom ©2002, Firefly ] The dwarf Hinoki cypress is one of the most popular dwarf conifers, with good reason. It forms a dense, often globe-like bush when young, becoming more broadly conical with age; its glossy, dark green foliage is held in thick bunches of shell-shaped sprays with silvery markings beneath. Growth will be slower in plants that are rooted from cuttings, but these are to be preferred over those that are grafted as the latter often produce more open bushes with vigorous shoots that distort the shape.

Chamaecyparis obtusa 'Nana Gracilis' is a very attractive selection of Hinoki cypress that has stood the test of time for well over a century. Shell-like sprays of dark green foliage form an irregularly globose specimen that becomes broadly conical with age. Quite slow growing when grown as a rooted, but is often grafted which accelerates its growth rate considerably. Typical rate of growth in most areas is 3 to 6 inches (7.5 - 15 cm) a year depending on the vigor of the understock, resulting in a 4 to 5 foot (1.3 to 1.6 m) tall tree after 10 years in the landscape.

This is a very old cultivar, introduced to the nursery trade in 1867 by R. Smith at H. Rogers & Son Nurseries, Chandler Ford, United Kingdom. 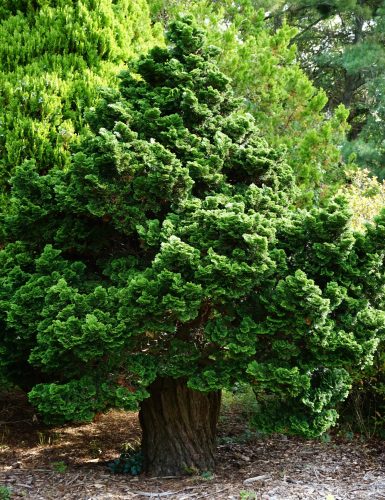 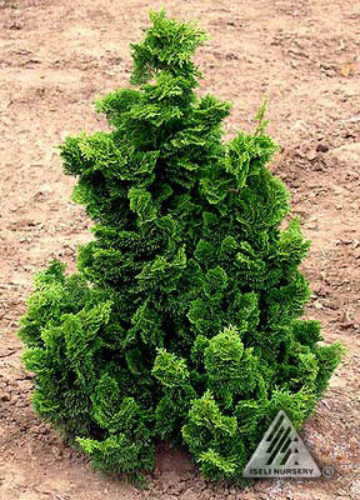 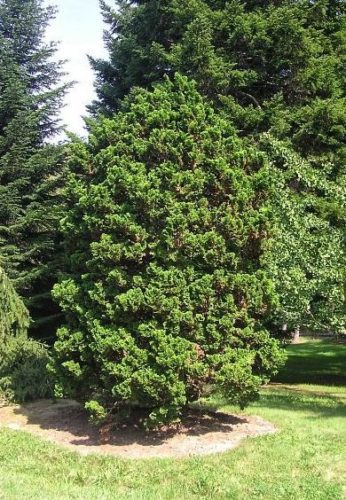 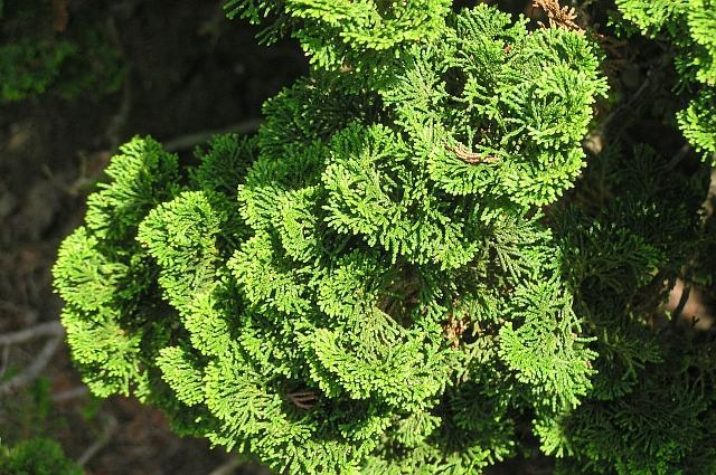 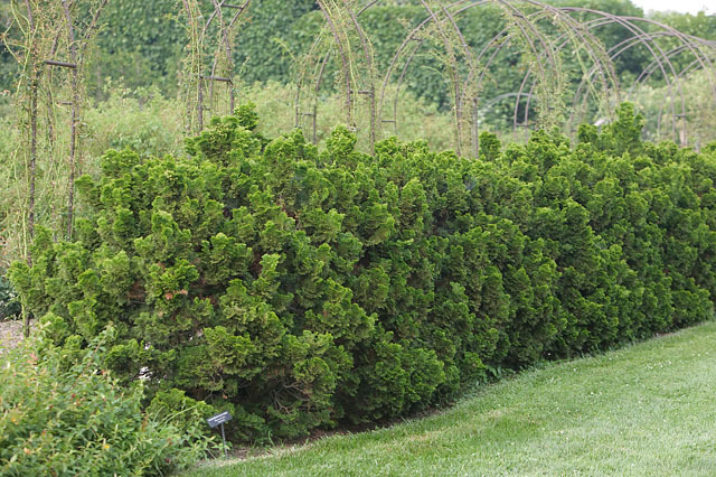 I'm looking for 2 dwarf hinoki cypress bushes for a container on my front porch. Where can I buy one? I live in North Georgia so would need them to be shipped. Thank you!

We can't select a preferred nursery for you. You're welcome to peruse the vendors listed in our Nursery Discount Program, many of which will do mail order and offer discounts to ACS members. Good luck.

Our hinoki has brown foliage in places. We had to replace another one that looked the same and finally died. We thought it was fall foliage in the beginning eventually but the brown took over. Now another of our 13 year old plants is beginning to look the same. Can you possibly advise me of treatment.

do your plants get adequate irrigation? Hot and dry will create the condition you describe.

Will the Dwarf Hinoki Cypress grow in Denver Colorado region?

it depends. If your local deer are starving, anything green is fair game. Hinoki cypress is not toxic, so it's fair game. Be aware that deer will browse anything that's novel in their neighborhood.

I'm not going to say impossible, just that it will be extremely difficult. Don't spend a lot of money.

Sydney, I had was able to grow one in Orange for about seven years before moving out of state. My success included planting it in a large pot with an acid, well draining potting medium and dappled sunlight. No hot afternoon sun. Your alkaline soil and water will be a challenge. As will the lack of winter chill. Maybe your garden has a good microclimate that will provide more chill? Watch those Santa Ana winds. They could kill it in a day. Good luck! It is a gorgeous plant.

Will this do will in Northern California? I'm 55 miles north of SF and 15 miles from the coast.

hi Patricia I am in Sonoma County and they do fine here. However, they do seem to do best with a bit of afternoon shade and they are not what I would consider drought tolerant. They are lovely plants though, so worth a little trouble in getting them sited correctly.

Can you suggest a mail order source for a tree standard Chamaecyparis obtusa 'Nana Lutea'?
I have located one on Wilson Bros. Gardens...However, they only have a 1 gallon and my preference would be for a 5 gallon.
Thanking you

Would these be good in a 4-foot wide by 12-feet wide planting strip in the Seattle WA area with poor soil conditions? If not, what would you recommend? Street isn't busy and there is no salt spread during the winter.

Craig, in 15 to 20 years, they will definitely be greater than 4-feet wide. If that doesn't bother you, then go for it!

Having lived there, and here in the northeast,, and with a 14 year-old Chamaecyparis obtusa 'Nana Gracilis planted under a blasted Norway Maple, mosly shaded, rotten, nearly dead soil, and only some veiled afternoon sun, my confier is 5 feet high and no more than 4 feet wide. I would certainly attempt it. It is beautiful. It does not like hot sun, but has weathered drought, although a lot of browning - which should be brushed off by hand, not cut - no fertilzation. I did not water during the heat of summer, as I did not want to further decrease available water. It managed ok - beter than I did.

I'm looking for the best conifer that would do well in a container for my front deck. I live in zone 7 (lower NY State). My house faces east so maybe 5-6 hours of sun depending on season. I'd like to have 2-3 containers covering a roughly 9 foot wide space so the eventual width of the tree is a big consideration -- the height not so much. I love the look of the Hinoki cypress but it might be too wide. Any suggestions would be greatly appreciated!

There are some Hinoki that are narrower. There are many, many cultivars of this species so the best thing to do is to see what is available for you locally. Then check our database for size estimates. Also, you can prune these to keep them narrower. Your biggest challenge with container planting in your zone is to keep them watered and somewhat protected from wind. Plants in containers dry out a lot faster than those in the ground.