This species has been in cultivation in Europe since 1829. Many modern horticulturists are familiar with this Japanese species, named in honor of Charles Stanhope, the 4th Earl of Harrington, one of the first to grow the plant in a European garden, at Elvaston, United Kingdom.

The Japanese plum-yew was first considered to be a yew when it was partially described by Thomas Andrew Knight in 1839 and as such was named Taxus harringtonii. It was then moved into the current genus by Philipp Franz von Siebold and Joseph Gerhard Zuccarini in 1846, but with a new specific name, making the new name Cephalotaxus drupacea. Some botanists consider C. koreana and C. sinensis to be synonymous with C. harringtonii.

Description. Japanese Plum-yew is a an evergreen coniferous bush or small tree in the Cephalotaxaceae family. It grows to mature heights of 35 feet (10 m) tall with spreading branches and a broadly rounded crown.

Distribution. This species is native to Japan— from Kyūshū in the south to Hokkaidō in the north. More specifically, it is found in Hondo in the Chiba Prefecture on Mount Kiyosumi, which is located in the Awa District within the Awa Province. It is also found in the Nagasaki Prefecture and the Hiroshima Prefecture where it thrives in partial shade on deep, rich soils.

C. harringtonii has been in cultivation in the United Kingdom since 1829 and is infrequently encountered as a garden specimen. Of the several species that exist in the genus, the Japanese plum-yew is the one most often encountered in western gardens.

An Australian company, ChemGenex Pharmaceuticals Ltd., is developing a leukemia therapy called Omacetaxine derived from the leaves of this species. 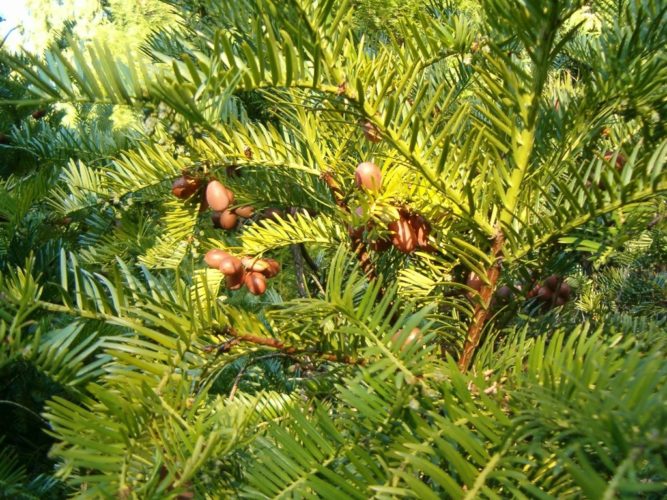 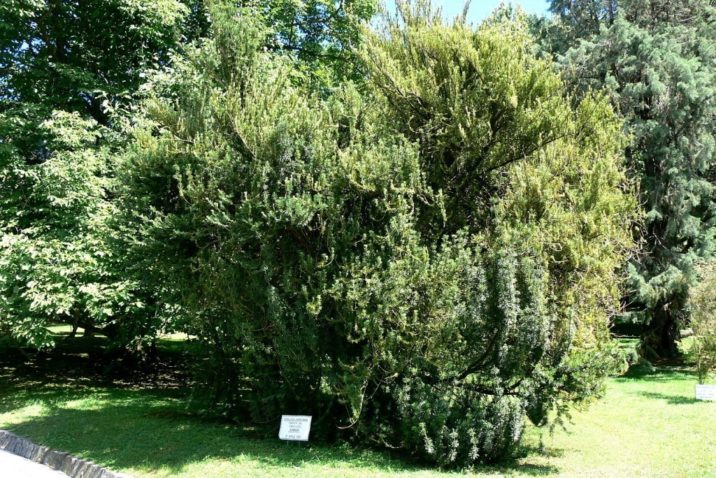 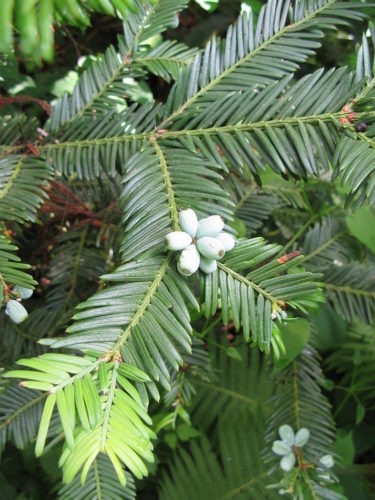 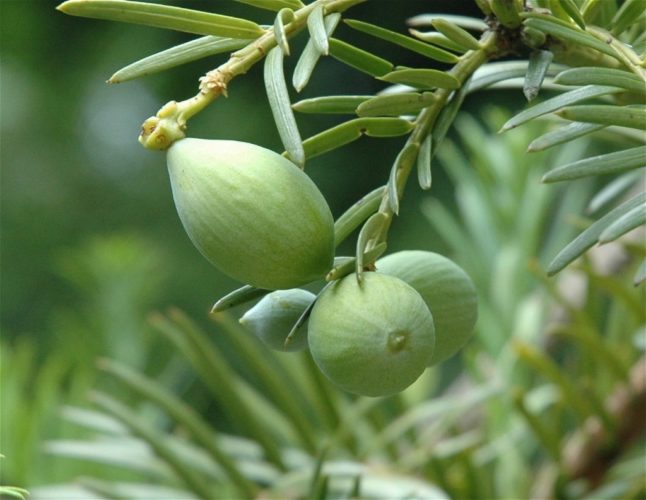 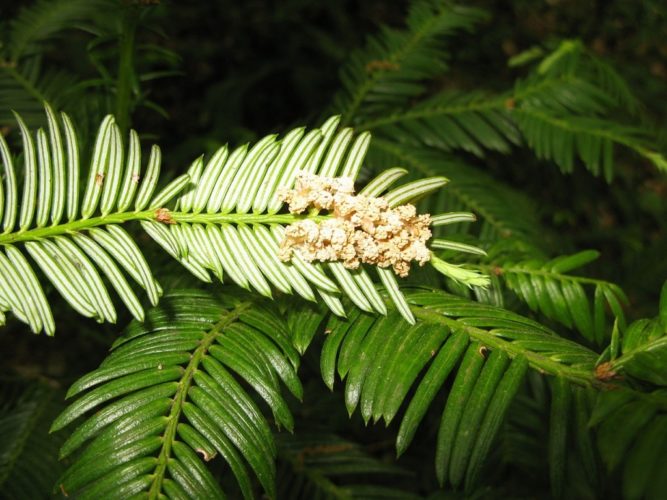 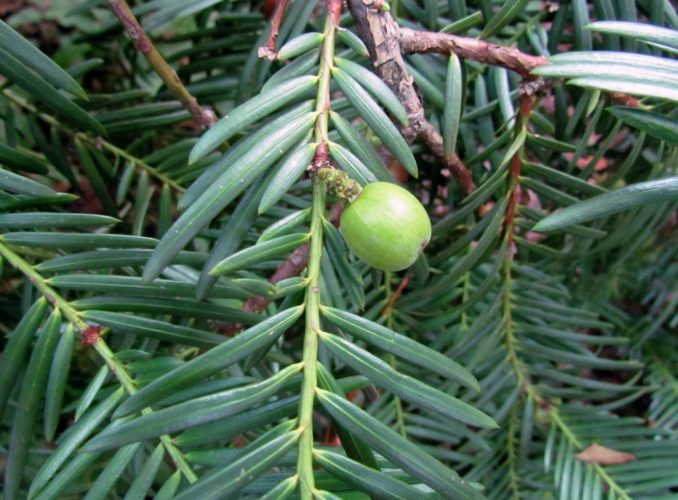 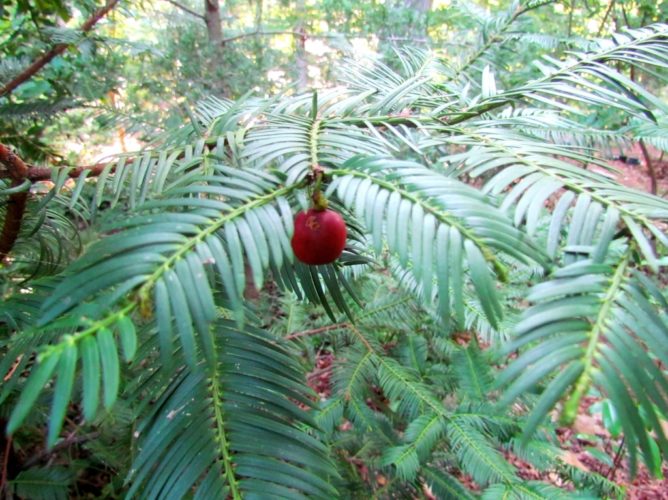