Araucaria angustifolia, as described in 1898 by (Antonio Bertoloni) Carl Ernst Otto Kuntze (1843–1907) in Revisio Generum Plantarum, 3rd edition, is commonly known as the Paraná pine, Brazilian pine or candelabra tree; as well as pinheiro-do-paraná and pinheiro brasileiro in the Portuguese language. Although the common names in various languages refer to the species as a "pine," it is not a true pine at all.

Description. Paraná pine is an evergreen coniferous species of tree which grows to mature heights of 130 feet (40 m); with a 3 foot (1 m) wide trunk, measured at breast height. The crown becomes flat-topped with age.

It is usually dioecious, with male and female cones occurring on separate trees.

It is closely related to Araucaria araucana from further southwest in South America, differing most conspicuously in the narrower leaves.

The seeds, similar to large pine nuts, are edible, and extensively harvested in southern Brazil, a tradition particularly important for the region's small population of indigenous Americans. The seeds, called pinhão [piˈɲɐ̃w̃] are popular as a winter snack. The city of Lages, in Brazil's Santa Catarina state, holds a popular pinhão fair, in which hot wine and boiled araucaria seeds are consumed. In Brazil, 3,400 tons of seeds are collected annually which, combined with extensive logging, seriously threatens the regeneration of the species. The seeds are very important for the native animals. Several mammals and birds eat pinhão, and it has an important ecological role in Araucaria moist forests (a sub-type of the Brazilian Atlantic Forest). The species is widely used in folk medicine.

Distribution. Originally covering an area of 90,000 square miles (233,000 square kilometers), this species is native to southern Brazil — sometimes found in high-altitude areas of southern Minas Gerais, southern Rio de Janeiro and in the east and south of São Paulo, but more typically in the states of Paraná, Santa Catarina and Rio Grande do Sul. It is also found in the northeast of Argentina — Misiones and Corrientes and locally in Paraguay — Alto Paraná, growing in low mountains at elevations of 1,600 to 5,900 feet (500 – 1,800 m) above sea level. This is the only Araucaria not native to the south Pacific Ocean region.

The Paraná pine prefers well drained, slightly acidic soil but will tolerate almost any soil type provided drainage is good. It requires a subtropical climate with abundant rainfall, tolerating occasional frosts down to about 23 to -4°F (-5 to -20°C). It is a popular garden tree in subtropical areas, planted for its unusual effect of the thick, "reptilian: branches with a very symmetrical appearance. 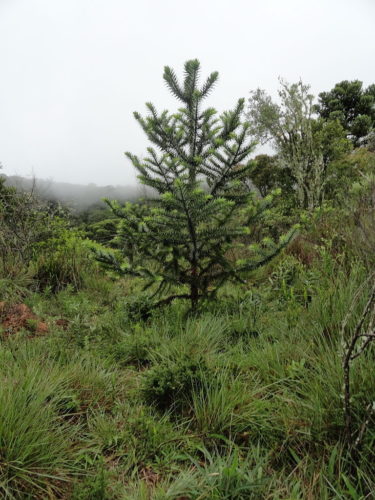 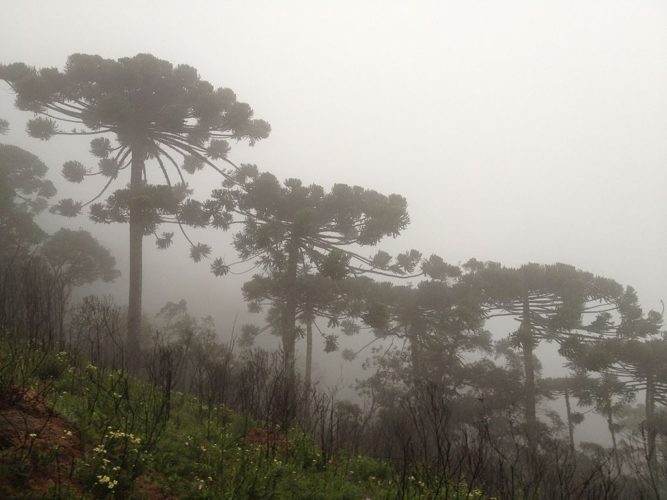 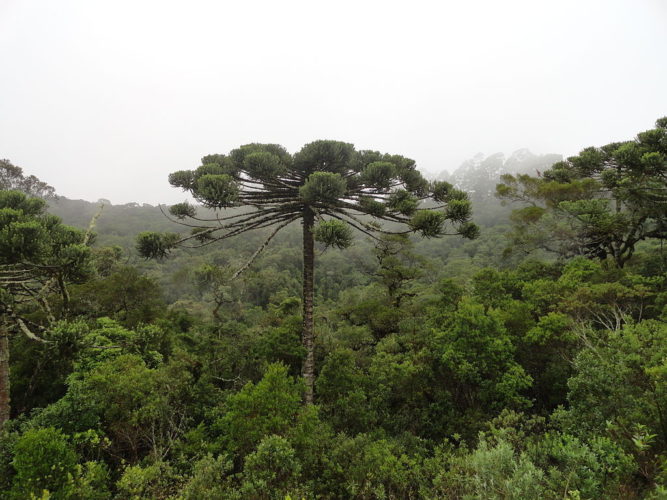 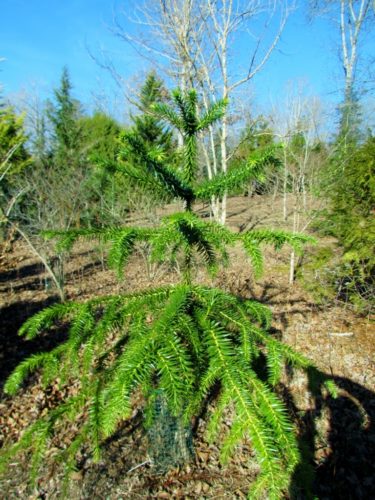 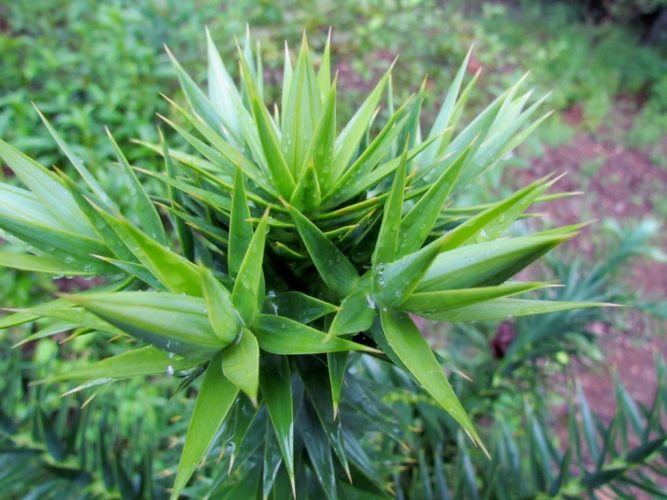 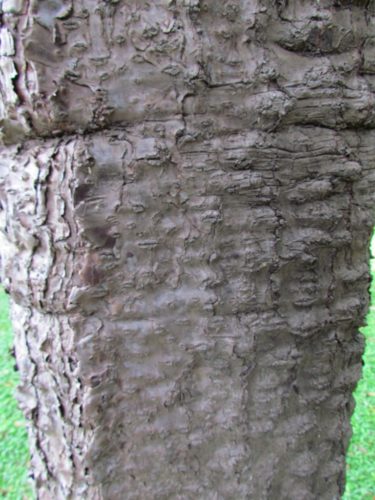 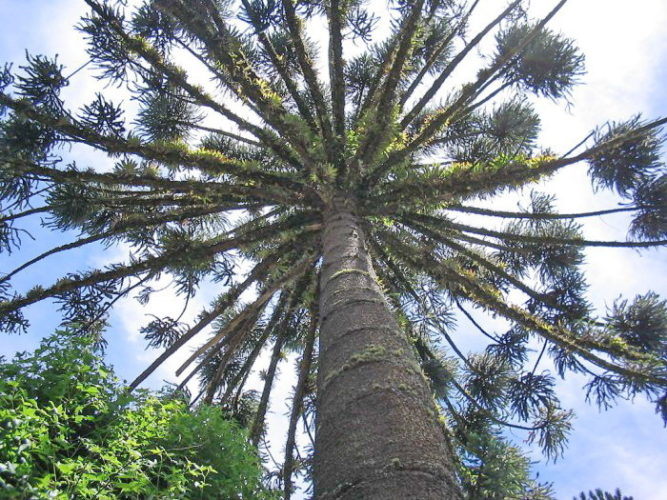 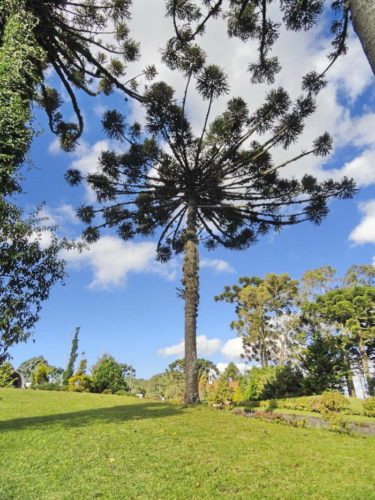 Contribute your photos to Araucaria angustifolia

I have seen different cold hardiness numbers for this tree. I just ordered two saplings to try them out. I will keep them in pots until they are a bit older, but has anyone in the northeast tried to grow these in the ground. I am in northern NJ.