Distribution. This species is native to Australia — eastern Queensland. Its southern population can be found on Fraser Island and around Maryborough, and a northern population on the Atherton tableland west of Cairns. The northern population was formerly distinguished as Agathis palmerstonii, but according to studies done by Whitmore (1980), it does not differ from the southern population and is no longer considered distinct. Trees in Papua New Guinea previously referred to A. robusta are now treated as a distinct species Agathis spathulata (de Laubenfels 1988). Also found in Western Australia.

The Queensland Kauri was heavily logged in the past, and spectacular trees of prodigious size are much rarer than in pre-European times; despite this, the species as a whole is not endangered. 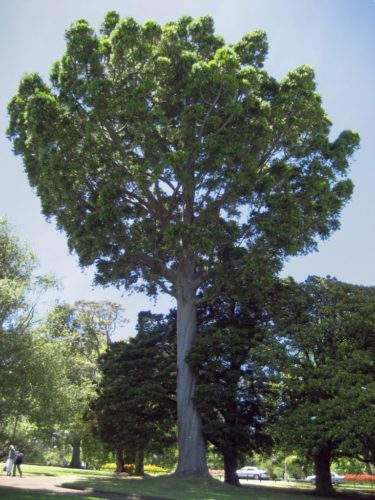 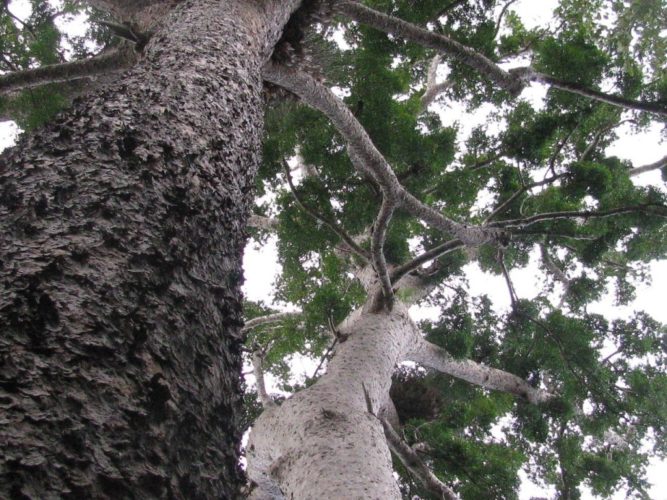 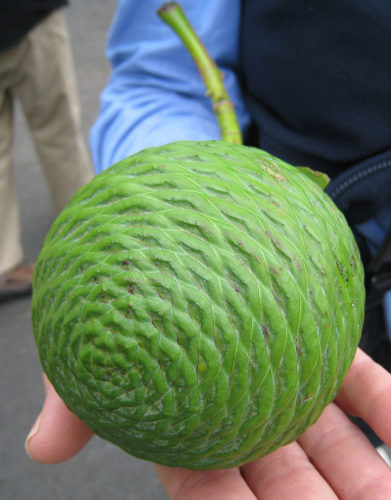 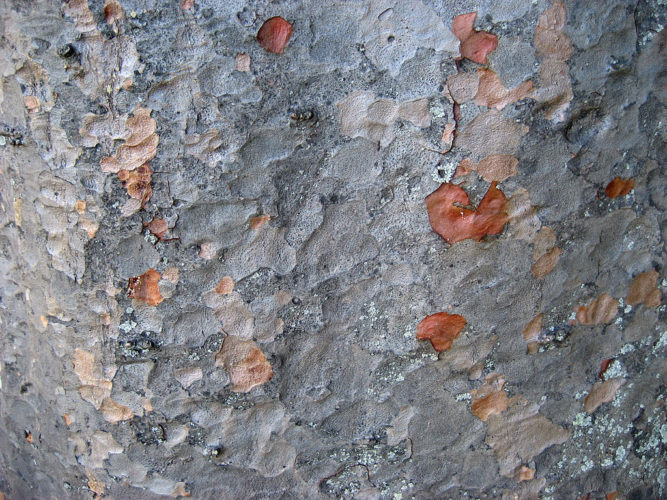 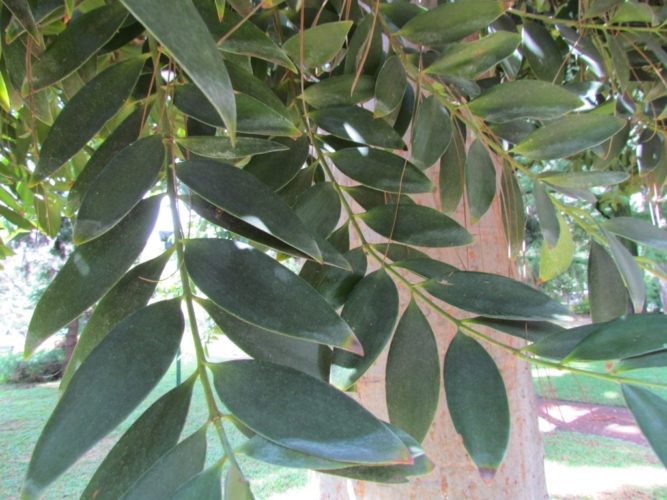 Contribute your photos to Agathis robusta

I have one in Sonoma County CA (zone 9b) that has been in the ground for about five years and is doing well.

This looks to be a rather unique tree to be grown in the US. How tall & wide has your tree grown? Thank you, C. Griffin.

Mine is probably 15' tall and maybe 6' wide. I got it as a #7 about seven years ago. It's borderline tender here so I wasn't sure that it was going to survive, but we haven't had a cold winter since it went it. It's got epicormic buds so I figure even if the top freezes it will push from old wood. It's a real conversation piece. I love telling people that it is a conifer!

These trees will handle frost. Here in NSW, close to the old border they have survived frost easily down to minus 5 celsius. They love plenty of water and rich soil and full sun, and respond to a general slow-release fertilizer in summer. They can be quite fast growing. Allow plenty of room as they can get very big, easily 50 meters tall.