Agathis macrophylla, known as Pacific kauri, is a coniferous tree native to the islands of the southwestern Pacific Ocean in tropical humid lowlands and lower montane regions, notably in Fiji, Vanuatu, the Santa Cruz Islands, and the Solomon Islands. The Pacific kauri is one of the largest and fastest growing species in its genus, and is important in forestry throughout the humid tropics.

Reaching 40 m in height and 3 m in diameter it possesses the mottled, shedding bark that is characteristic of other kauri species. Young trees are narrow and conic in shape, but begin to grow a wider, deeper canopy after attaining a trunk diameter of 30-50 cm. In mature specimens, the trunk is generally straight or slightly tapered and clear for 15-20 m before branching into a spreading canopy up to 35 m in diameter. The root system is deep and strong, and the trees are highly wind resistant.

The leaves are green and glossy, elliptical to lanceolate, 7-15 cm long and 2-4 cm wide. They are borne on short petioles and held in a decussate pairs, but twisted so they lie in one plane. Leaves in the shade, of juvenile trees, and of individuals growing in wetter regions, tend to be larger.

Male cones of A. macrophylla are elliptical and measure roughly 2-5 cm long at pollen shed. The short pollen cones help distinguish this species from related Agathis species. Female (seed) cones are globular, 8-13 cm across, and are borne on short woody stalks. The majority of the cone crop matures early to mid February, as the cones turn brown and release the winged seeds, which are small, flattened, and attached to a wing about 3.5 cm in length. Wind dispersal is very efficient; seeds have been known to travel tens of kilometres in the wind, and may even travel hundreds of kilometres during the tropical cyclones that occur frequently in the species' range.

A. macrophylla is one of the largest trees in its range, and occurs as a dominant emergent tree in closed, humid, lowland-montane tropical forests. One of the fastest growing species in its genus, capable of growing 1-1.5 metres in height annually in lightly shaded to open areas where growth is fastest, the species is fairly shade tolerant, especially in the seedling stage, though growth is slow under suppression. Strong root systems enable mature trees to withstand cyclones and seed rapidly into gaps. The species on the whole is long lived, capable of reaching ages of 300-1000 years. 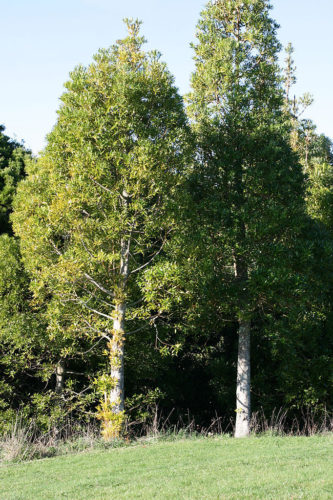 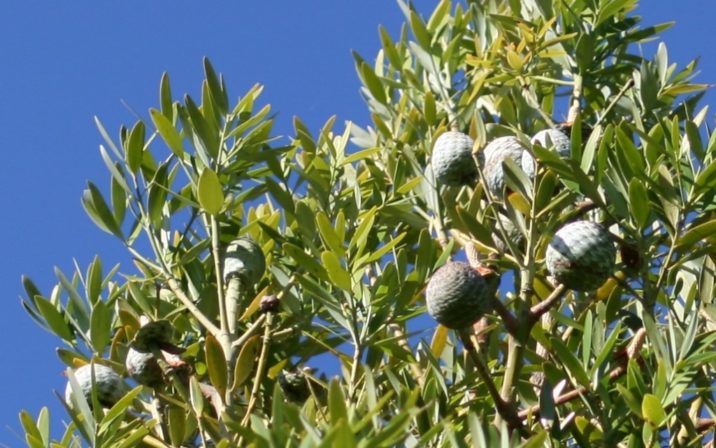 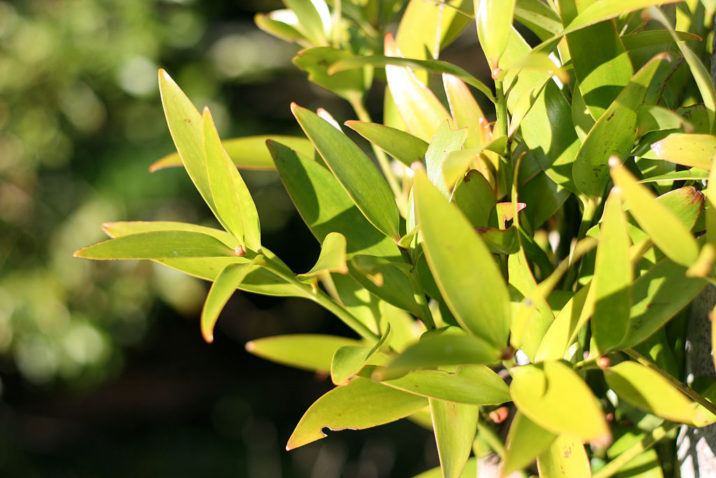 Contribute your photos to Agathis macrophylla