Afrocarpus falcatus, first described by Carl Peter Thunberg (1743–1828), and finalized in 1989 by C. N. Page, in New and maintained genera in the conifer families Podocarpaceae and Pinaceae; Notes of the Royal Botanical Garden Edinburgh, vol. 45 no. 2. It is commonly known as Outeniqua yellowwood, or in the myriad native languages as Outeniekwa geelhout in the Afrikaans language of South Africa; Mogôbagôba in the Sepedi language of LeSotho; Umkhoba in South Africa's IsiXhosa language, and as Umsonti in the IsiZulu language of many southern African countries. This species includes the largest known podocarps outside of New Zealand

Description. Outeniqua yellowwood is a medium-sized to large coniferous species of tree which will grow to mature heights of 30 to 80 feet (10 - 25 m) tall and sometimes to heights of 200 feet (60 m) with a trunk up to 6 to 10 feet (2 - 3 m) wide, living for hundreds of years. Mature trees have a rougher, scalier bark than that of younger trees. The leaves are spirally arranged, lanceolate or falcate (sickle-shaped) to a very sharp point, 0.8 to 1.6 inches (2 - 4 cm) long and 0.08 to 0.16 inch (2 - 4 mm) broad. It is a dioecious species; pollen cones and seed cones are found on trees of different gender. The brownish, catkin-like pollen cones are produced in clusters of 1 to 4 on short stems. They are 0.2 to 0.5 inch (5 - 13 mm) long and and 0.08 to 0.14 inch (2 - 3.5 mm) broad. The seed cones are highly modified, with a single large seed with a thin fleshy coating borne on a short peduncle. The fruit takes a year to mature, turning yellow, and is dispersed by birds and monkeys which eat the fleshy coating, a necessary step for growth since the flesh contains a germination inhibitor.

Distribution. This species is native to South Africa, from Swellendam District of Western Cape Province to Limpopo Province, and into southern Mozambique, where it grows in occurs in coastal and montane forests. It is a protected tree in South Africa. It is often grown as an ornamental tree, especially in South Africa, and occasionally abroad. 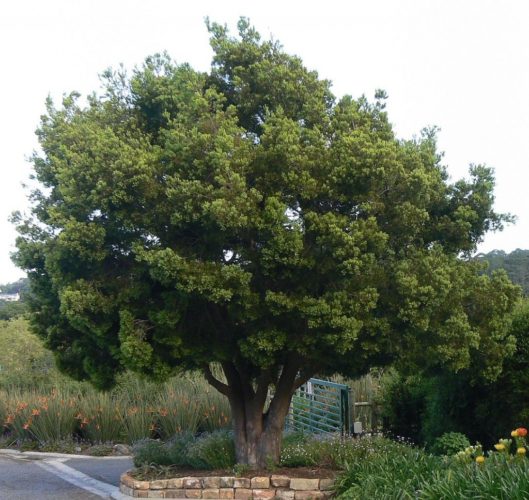 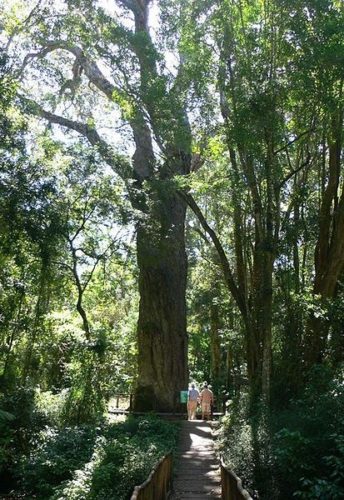 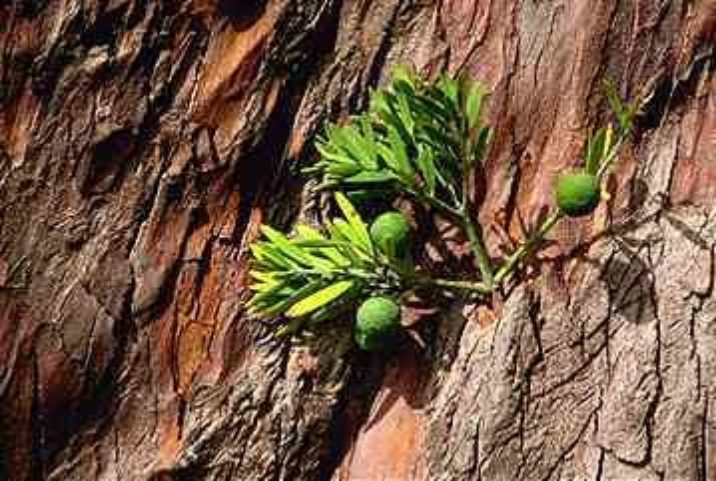 This species, like Afrocarpus gracilior, can withstand winter temperatures of -5ºC without damage in the Iturraran Botanical Garden, in northern Spain.