Acmopyle sahniana, as described in 1947 by John Theodore Buchholz (1888 - 1951) and Netta Elizabeth Gray (1913–1970), in Journal of the Arnold Arboretum 28(1), is commonly known as Fijian acmopyle, or as Drautabua in its native country. The species name honors Indian paleobotanist, Birbal Sahni (1891 - 1949), who did doctoral research on the closely related Acmopyle pancheri, research that led to the 2 species being broken out into their own genus.

Description. Fijian acmopyle is an evergreen coniferous species of tree which will grow to mature heights of 10 to 15 feet (3 - 5 m) tall, with a gnarled trunk.

Distribution. This species is native only to Fiji where it occurs in central Viti Levu. It is known from localities in Namosi and near Mt. Tomanivi. It was also known from the Koroyanitu range in western Viti Levu (Mba Province), but recent searches have failed to find it there. Elevation averages 1,700 feet (530 m) ± 650 feet (204 m). Within this range, the mean annual temperature is 72°F (22.3°C), with an average minimum in the coldest month of 64°F (17.5°C), and a mean annual precipitation of 111 inches (2,820 mm).

The extent of occurrence is less than than 60 miles (100 km) if the Koroyanitu subpopulation is assumed to be extinct; further surveys are needed to confirm this. The area of occupancy is likely to be more than 6.2 miles (10 km) using standard IUCN calculations. The total species population is estimated to number less than 50 mature individuals. This estimate dates from 1998 and has not been updated as of late 2010. Subpopulations are likely to be severely fragmented and undergoing continuing decline. In 2000 the IUCN listed it as Critically Endangered. 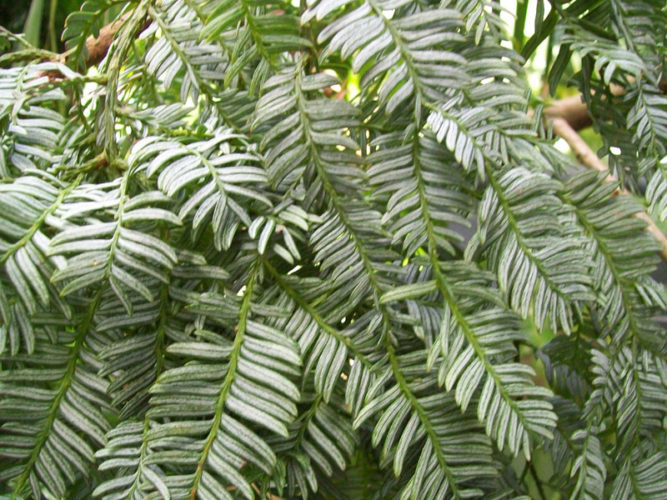