Abies koreana 'Silberperle' is a distinctive, attractive and desirable selection of Korean fir. When young, the plant is globose and silvery due to the slight twist of the needles showing the silvery undersides that is typical for the species. The cultivar is also notable for its buds which are round and resin-coated, resembling silver pearls, which is the English translation of Silberperle. Later, as the plant ages, it will form a leader, growing upward at a rate of 2 to 3 inches (5 - 7.5 cm) per year producing a squat conical tree 2 feet (60 cm) tall and 18 inches (45 cm) wide after 10 years. This is a great plant for a small garden or a rock garden. As with most firs it will suffer if too hot and it does not like wet soils.

Günther Horstmann of Scheverdingen, Germany discovered the original plant as a witch's broom in an Abies koreana. The initial name was 'Horstmann Hexenbesen No. 1,' but this was simply a temporary designation until Mr. Horstmann came up with a better name.

In 2010 Henk van Kempen and I started an investigation to find out why several Abies koreana witch's brooms appeared on the market in a relatively short time. From the beginning, we had in mind that there were only a few originals and the other must be just "renamings" . . .

In 1986, Günther Horstmann found a witch's broom on an Abies koreana which he first gave the temporary name 'Hexenbesen Horstmann No. 1.' Later on he gave the proper name 'Silberperle' which means "Silver Pearls" in English.

For the record, 'Silberperl' is not correct.

The 'Silberperle' found also it's way into the U.S. which was quickly renamed into 'Silver Pearl' and 'Silver Mavers' ('Silber Mavers' is also incorrectly written). Some U.S. person renamed it also after himself into 'N. Degrees'.

[ Edwin Smits, a renowned authority of conifer history offers this account of the naming of this cultivar ] 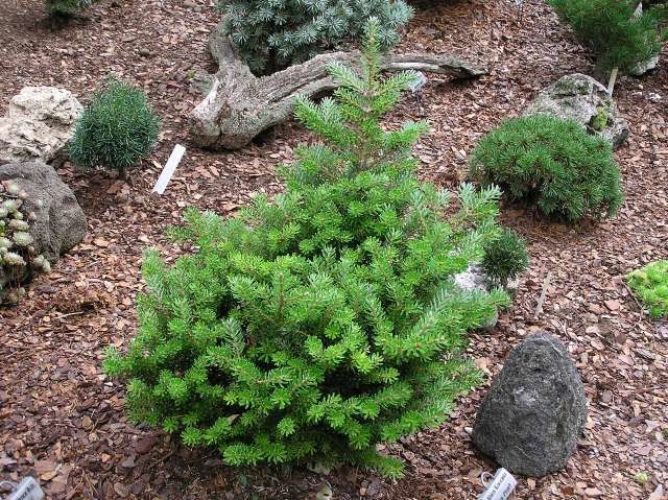 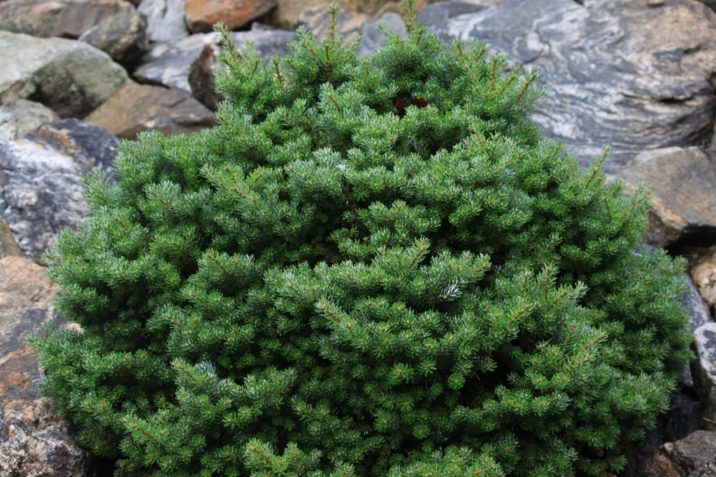 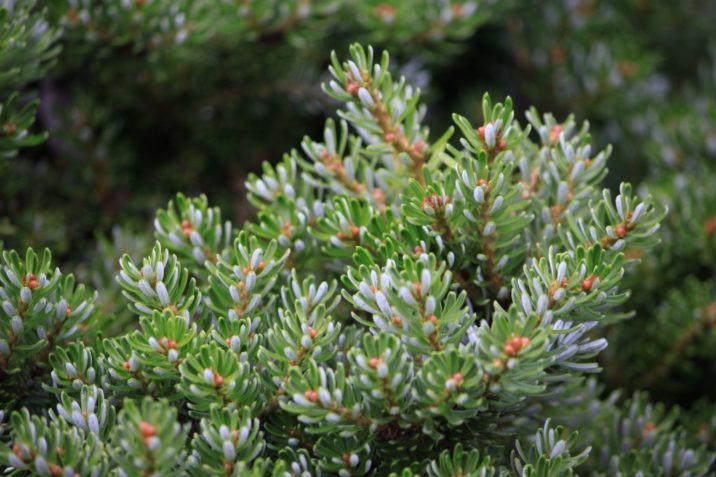